"Hip-hop is just such a unifying thing. Food is, too." Jarobi White smiled as he leaned back on his home stoop last weekend, plotting out his menu for tonight's Tribe Taco Tuesday. Part restaurant pop-up, part DJ night, the semi-regular gatherings at Bed-Vyne Cocktail in Bed-Stuy have become essential hangs for a certain breed of New Yorker: one smitten with cilantro, undaunted by crowds, and always ready for the beat to drop.

Jarobi was one of the founding members of A Tribe Called Quest and, despite being only a teenager at the time, played a key role in the production of the group's first record, 1990's People's Instinctive Travels and the Paths of Rhythm. But not long after its release, the music business's "corporate machine" quickly wore him out and before 1991's Low End Theory could drop, Jarobi had left the group and returned to his first passion—cooking.

A self-described "latchkey kid" whose parents were separated and working long hours, Jarobi quickly learned how to cook for himself, his little brother, and his friends. "It just came out of necessity," he said "By the time I was in high school, we would have hooky parties. We'd ditch school, and I'd get a couple dollars from everyone and I'd cook. We'd all just hang out and I cooked." In addition to the stars of New York City's budding hip-hop scene, Jarobi cites Julia Child, Justin Wilson and the Frugal Gourmet amongst his childhood heroes—chefs that taught him the depth, heritage, and joy to be found in a well-made meal.

It all led him deeper into the world of restaurant kitchens. "The first cooking job I had, I was 14. I lied and said I was 17, and started on the fryer, looking at these dudes on the line and telling my boss 'Hey man, I could do my job and his job.' He said 'Okay,' and a week later the guy was fired and I was doing two jobs, and making more money," Jarobi recalls, smirking. Upon exiting A Tribe Called Quest, he enrolled in culinary school and began working in restaurants in and outside of the city.

His brief but intense brush with hip-hop production and fame, however, has never ceased to inform his cooking. "For me, making food is art. It's the same creative process as making music. I wouldn't try to go and make some K-Pop music without totally understanding the subtle nuances of what makes it K-Pop. I have that same respect for the cultures of the food that I try to make." 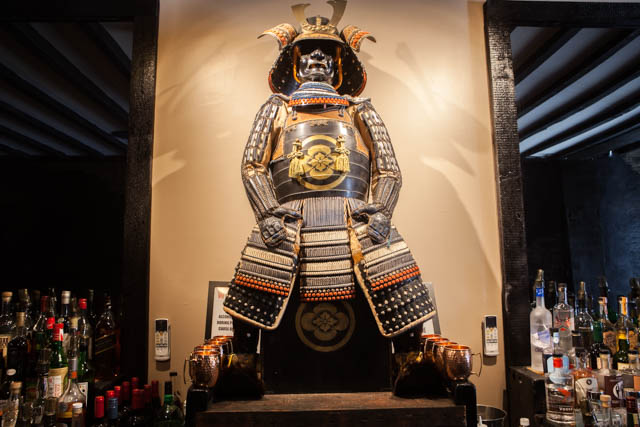 That respect is part of what underlines Tribe Taco Tuesday, which kicks off tonight at 5 p.m. and will run bi-weekly throughout the rest of the summer. Last Sunday, Jarobi rattled off the week's menu by memory, will include shark, carne asada, pork belly, portobello mushroom, and buffalo chicken tacos with bleu cheese cole slaw. DJs will start spinning almost as soon as the stoves are lit, and it's anyone's guess as to which hip-hop legends will stop by, hungry and happy to give Jarobi his due.

Tribe Taco Tuesday was born out of his love of Los Angeles street food and that city's "Taco Tuesday" obsession, and the social media #TribeTuesday trend of listening to a little extra ATCQ to make the work week fly by. The Bed-Vyne gatherings have become packed, raucous affairs; on some evenings Jarobi and his cooks will run out of food before 8 p.m. 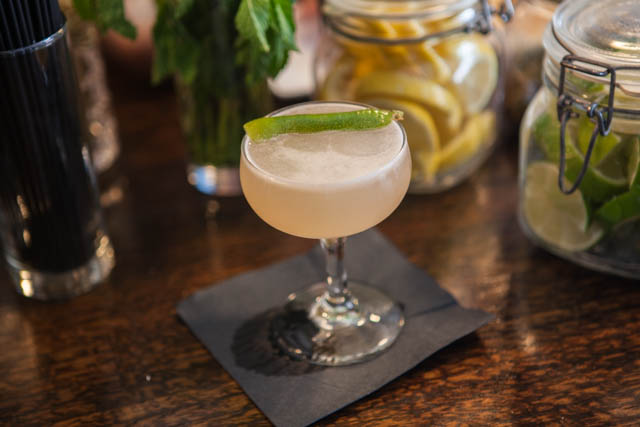 Over 20 years since leaving A Tribe Called Quest, the chef's plan has worked better than he could have imagined. Jarobi has plans for dinner-and-a-movie restaurant takeovers in the winter months, and next summer even more taco nights. Further on the horizon, A Tribe Called Quest-themed food truck, and perhaps even a restaurant to call his own.

"Chefs are the new rockstars," he points out. "And with the record sales aspect of hip-hop dwindling, people are looking to branch off and diversify...and in a lot of black households, everyone gathers around food, and that so leads to an attraction to food. Just one of the similarities between cooking and food is the immediate gratification of it. If you have a hot song, people react immediately. It's the same thing when they take a bite."