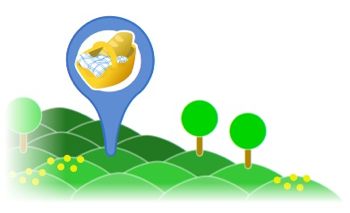 Now making picnics better for mankind: ants, no; algorithms, yes. Instead of people bringing computers to dinner, a man named Conrad Barski hopes that computers will soon be bringing people to picnics. Enter Picnic Mob, a multi-city, “non-commercial art experiment” created and curated by the computer programmer and thinker. Through its website, Picnic Mob organizes aspiring picnickers into small groups based on similarly reported interests and dispositions; those groups are then fitted cohesively into huge, basket-toting crowds, hence the “mob.” At noon on an appointed Sunday, (and weather permitting), a map generated by Barski’s program (here's a sample) directs each participant to set their gingham blanket down at specific spot in a public park. In theory, Picnic Mob’s algorithm gleans a rough set of seating arrangements for picknickers with the intention that people sitting near others with common interests will have a lot to talk about, and that a meal might even be shared in the process. It’s a very sweet idea: a lunchbox filled with fuzzy navel peaches meets up with fuzzy logic.

Barski’s goal is to organize an outdoor dining equivalent of a flash mob dinner party, albeit one where the mob trades plates of potato salad and bratwurst amongst itself. Of course, people need not bring extra cole slaw if they don’t want to- one of the introductory questions on the Picnic Mob users is “What’s your view on sharing food with neighbors at a picnic?” Chances are, if you choose the “don’t even look at my food option,” you’ll instead be having a lively conversation with your neighbors about how much it sucks to share your food with strangers, while you each guard your cantaloupes with steak knifes and huddle under elm trees.

The Picnic Mob questionnaire is meant to approximate groupings of potential picnickers; Barksi carefully worded his questions so as to protect the privacy of the site’s users, and not to make them sound like a focus group marketing survey. “The central underlying philosophy of the website,” Barski wrote to Gothamist in an email message, “is that people don’t fit neatly in buckets, but instead everyone lies on a continuum, so none of the questions have to necessarily delineate [users] into nice, neat categories.”

While the entire project is only a few weeks old, 1500 people have signed up on Picnic Mob so far; the first picnics are being planned for an October date in New York and Washington DC. About 400 people are on board for the first NY Picnic Mob, and Barski will be adding more features to the site shortly, including signup statistics and more details on upcoming picnics. Don’t forget forks and knives.