Following the success of their Will Ferrell-themed watering hole, Stay Classy owners Zach Neil & Brian Link are opening another establishment with a cinematic nod, this time to director Tim Burton and his cast of misfits, ghouls and decaying freelance bio-exorcist ghosts. Beetle House looks to be opening soon at 308 East Sixth Street, according to a report by EV Grieve, with Burton-themed cocktails and a food menu using "meat sourced locally from 100% innocent humans captured wild on the streets of NYC." The screenplay for Mars Attacks! 2 just writes itself, really.

According to the website, the restaurant portion of the place will be by reservation only, with some things also available for delivery. The cheeky options including "Love It Meat Pie"—that's where that long pork comes in—Edward Burger Hands, Eggs Skellington and a side of Charlie Corn Bucket. 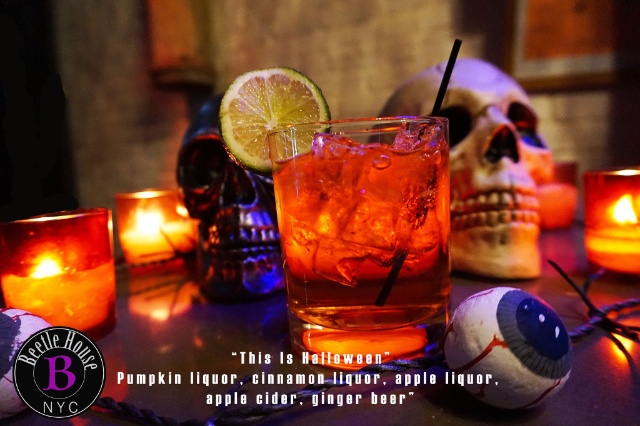 Drinks—"poisons, potions & elixirs"—are also nods to Burton's oeuvre, so sip on The Barber's Bloody Mary, Edward's Lemonade (an Old Fashioned) and a Chocolate Factory Martini, garnished with a chocolate bar.

The bar's Facebook page indicates it's a theme park, theater and bar, so expect some zany, corpse-themed decor and probably some fun themed parties like they throw at the Will Ferrell joint. For more details as they emerge, you can text "preview" to 646-510-4786 to find out when it's showtime.

#beetle house
#beetlejuice
#east village
#new restaurant and bar radar
#stay classy
#tim burton
Do you know the scoop? Comment below or Send us a Tip