A Taste of . . . Waterfront Crab House 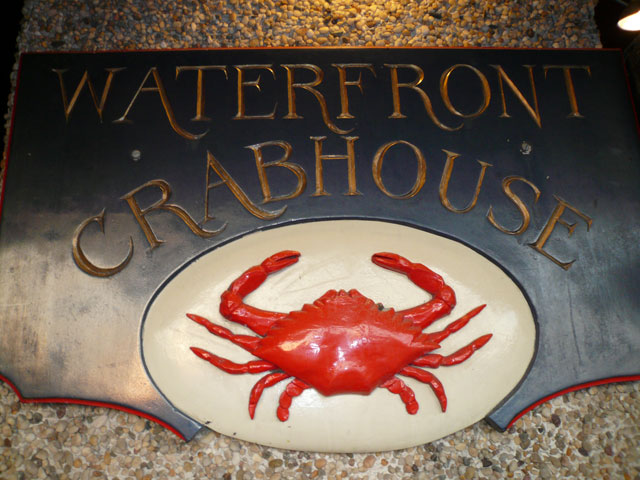 After spending a day at Water Taxi Beach, we were looking for a proper meal for dinner. When we had entered Water Taxi Beach earlier, we had spotted the Waterfront Crab House -- after a day at the beach, a crab feast sounded like the perfect finish. And it was. Open since 1978, the Waterfront Crab House is housed in a landmark building built in 1881, and it was formerly a bustling hotel/bar. Much of the interior looks like it has been frozen in time -- some from the building's early days and some from the late 70's reincarnation -- but the decor didn't detract in the least from the pile of crustacean-y goodness we were about to attack. 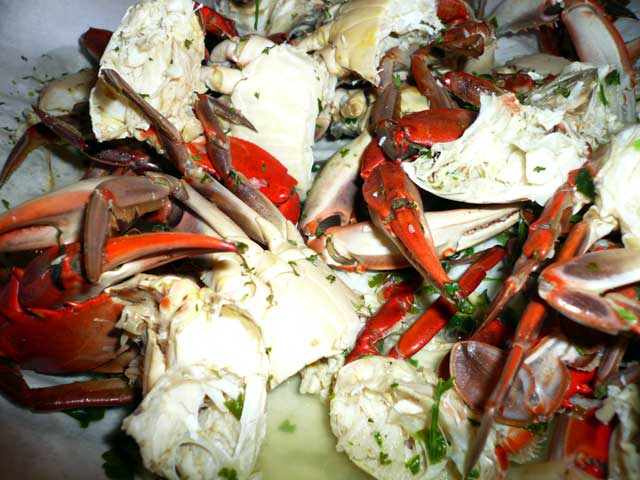 Arriving late on a Sunday night meant that the Old Bay crabs were long gone -- we settled for a pile of garlic and herb crabs, grabbed a mallet and dove in. Despite the lack of Old Bay spiciness, the garlic crabs were delicious and meaty, but the crowd-pleaser that night was the plate of soft-shell crabs "a la greque." They weren't much to look at, but the combination of pan-fried sweet and tender soft-shells with a healthy dose of vinegary peppers was exceptional. 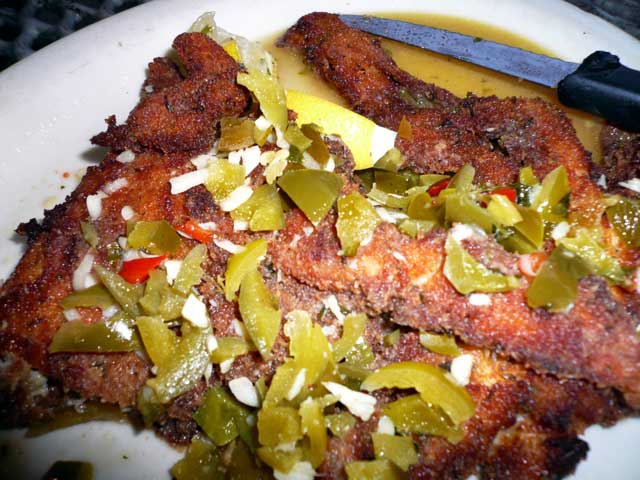 We ate outside at the very casual picnic tables, but could hear the strains of the Dixieland jazz playing inside, as it does every Sunday night. We even managed to catch the sunset peeking between the buildings. So the next time you're in the mood for a day at the beach without the beach, head out to Long Island City for some sun, sand and seafood.

#bar
#Crab House
#food
#house
#water taxi
#Water Taxi Beach
#waterfront
Do you know the scoop? Comment below or Send us a Tip