This summer, Eleven Madison Park closed for an extensive revamp that included addressing issues like an out-of-date kitchen and changing the restaurant's Art Deco design—which had not been altered since owners Will Guidara and Daniel Humm purchased the restaurant from Danny Meyer in 2011—into something more contemporary. On October 8th, the restaurant reopened with an updated look—and an updated menu—including new art pieces, one of which was literally made with materials from the restaurant's old kitchen.

In New York City, we're always told to "look up" to see hidden art and subtle aesthetic treasures that might decorate the side of a building. At the new EMP, look down as you cross the threshold of the restaurant's entrance: the step you're walking on is a sculpture by the artist Daniel Turner, who was commissioned by Humm to create something for the new restaurant.

"I knew I had to integrate a work directly into its architecture for various reasons, the main one being that a restaurant is not the ideal place for sculpture," Turner explains. "You come into a restaurant...and the experience is not set up for one to really have an in-depth look at sculpture, or art in general I think. That being said, when Daniel informed me that the kitchen would undergo renovation, I immediately knew where to source my material."

Turner describes his work as minimalist and says he's known for sculptures involving the "creation or manipulation of materials, objects or environments." For this piece, Turner was given access to over 1,000 pieces of equipment and tools from the original EMP kitchen from which he selected specific items to be melted down to create EMP Step.

The selection process included seeking out specific alloys, but also a more intuitive process about shape, form and an item's function within the kitchen space. One item that exemplifies the latter? The carrot grinder Humm used to make the iconic carrot tartare dish. 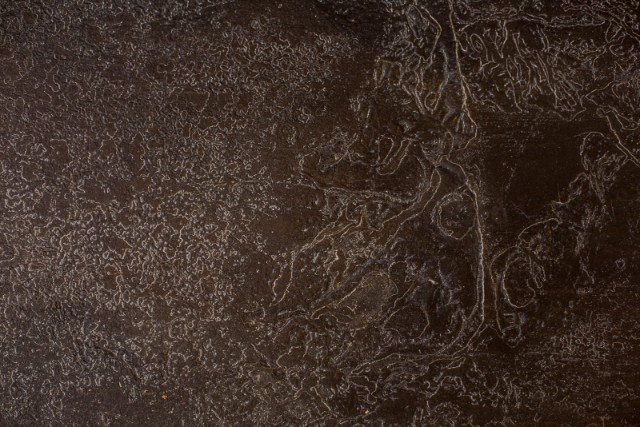 The resulting piece is a 1,000 pound, sixteen foot long step that greets diners on their way into the dining room. It satisfies two criteria for Turner's work, first that it deals with the subject of transformation and next that it serves a sense or purpose of utility.

"The step is an environment, it's Daniel's kitchen. It's symbolic of the kitchen but it's also the actual kitchen," Turner says.

The restaurant commissioned two other works for the space.

Finally, stained glass panels replaced ones that previously held court in the dining room. The installation is called Eleven/Eleven and it was created by artist Olympia Scarry.