A Short History Of Blimpie's, Serving NYC Since The 1960s

Earlier this week we were looking through the Museum of the City of New York's archives of old photos, and came across this screen print of a Blimpie's sandwich shop. Okay. 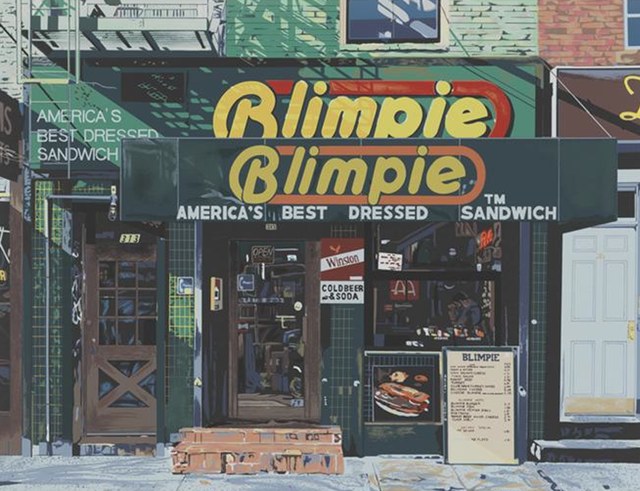 As if it were an old, reclusive celebrity, a coworker asked, "Does Blimpie's still exist?" Yes, yes, Blimpie is still alive and, presumably, well. At the very least, there are still plenty in NYC. While we associate the sandwich franchise with 1990s strip malls, did you know one of the first shops opened here in the 1960s? Here it is, your short and probably totally unnecessary history of Blimpie.

First of all, Blimpie is called that because one of the founders, Tony Conza, didn't like the sounds of "subs." Conza, along Peter DeCarlo and Angelo Bandassare, opened their first shop in Hoboken in 1964, and apparently people in the area weren't familiar with the term "hoagie," so that was out, too. As the legend goes, Conza found "blimpie" while flipping through a dictionary, and felt it was appropriate. 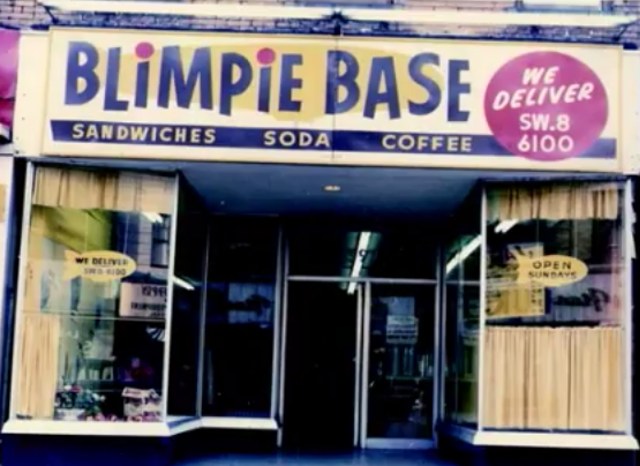 After one franchise was opened in western New York that year, the trio branched out with a 3rd shop in NYC, where their first shop opened (also in 1965) on 55th Street near Carnegie Hall. Two years later, there were 10 Blimpie's in total, and the franchise was growing at a rapid pace. But then, according to a 1987 NY Times profile, "everything began to veer out of control." (Read that again in the Behind The Music narrator's voice.)

Apparently these guys weren't very skilled in business, and while "generating ample sales" they also saw disappearing profits. Conza told them about how desperate the times actually were:

"We were living in New Jersey and we used to go back and forth to New York to check on the stores. To raise money, both of us had sold our cars. I had cashed in my life insurance policy. One day, we borrowed a car to get to New York and we came to the Holland Tunnel. The toll was 50 cents then, and I dug into my pocket and I had no money. I turned to Peter and asked him for 50 cents. He didn't have it, either. We had to pull the car over and go into the office and agree to mail the money in if we were allowed through the tunnel."

By the 1990s they had a more steady footing, and were expanding with more franchises—they were also bringing Blimpie to the people via vending machines, supermarkets, and in gas stations. Still, most people (according to our unscientific poll) prefer Subway sandwiches, or, like our own John Del Signore, prefer not to "soil the temple of my body with any of that filth." Maybe he just doesn't know about the secret off-menu vegetarian sandwich at West 46th Street, which includes both crushed Doritos, and American cheese.

In conclusion, the Blimpie sandwich can teach you how to Dougie:

#blimpie
#sandwiches
#short history
#original
Do you know the scoop? Comment below or Send us a Tip