In Becky Rosenthal's mind, the bagel has outshone its spreadable cheese counterpoint for far too long. "We want to reclaim cream cheese as a New York staple food item," Rosenthal declares. "You have bagels and you have New York cheesecake, but we're making the push that cream cheese is that secret ingredient that's always been there but has never been thought of this way."

What began as a catering business specializing in chocolate-covered cream cheese balls will blossom into a cafe in July, when Rosenthal opens the next iteration of Becky's Bites on 7th Street between 1st and Avenue A. The shop's motto, "Cream Cheese Reimagined," clues you in to the main event: cream cheese in all types of flavors in all types of applications.

The main components of the menu will be the bonbon-like cream cheese balls Rosenthal imagined up with her first business. Add to that tiny tarts filled with cream cheese and little cookie sandwiches that use cream cheese as fillings instead of frosting or ice cream.

"Basically what we're doing is reinventing the use and perception of cream cheese in showing how it can be fun and exciting in new and inventive ways," Rosenthal explains. "We like to describe it akin to an ice cream or frozen yogurt shop, except we're using cream cheese as our palate." 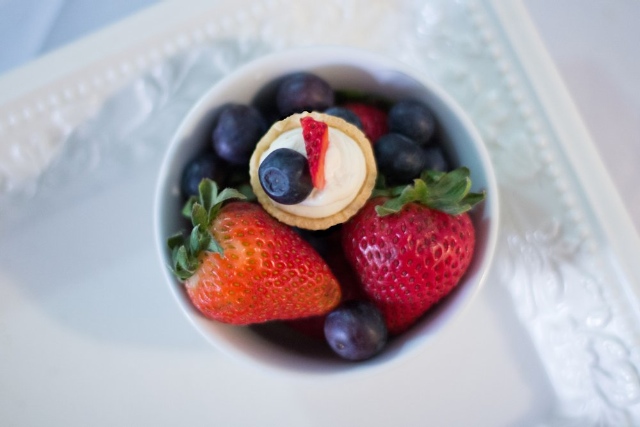 The shop will offer several core flavors of cream cheese—vanilla, strawberry, peanut butter, and cookies n' cream—along with flavor of the month and seasonally rotating cream cheese flavors, including some savory applications like the "bacon, egg and cream cheese" used as spreads for the mini bagels the shop will also sell.

The cafe will also serve coffee beverages and likely a hot chocolate topped with cream cheese whipped cream. "All things that complement the cream cheese, we center back to that."