A Rainy Day Mission To Dumpling Galaxy In Flushing

It started as a drizzle, but by the time I reached the Bedford stop it was in full downpour mode, my puny, mostly broken umbrella doing little to stop the rain from soaking everything not covered by its two-foot diameter. Traveling to the local bodega in these conditions isn't ideal; traveling via three subway trains to Flushing even less so. But the siren's call of dumplings was sounding in my ear and not even frizzled hair and freezing fingers would have stopped me on that day. My mission: Dumpling Galaxy.

Tucked inside a brand new mall on Main Street, the restaurant isn't difficult to locate even amidst the many, many malls, eateries and stalls that line the street. That said, it's nearly impossible to resist a peek and a bite of the many foodstuffs you'll pass on your way to dumpling nirvana: skewers of meat slow-roasting on a grill; bins of bright persimmons in a plastic basket; rows of egg custard tarts behind a glass window. Difficult as it may be, resist—you can always take a treat with you back on the train. 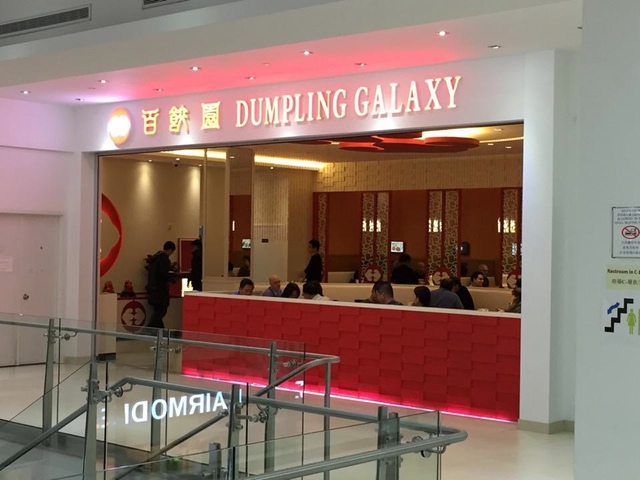 With its intergalactic moniker, you might expect a gargantuan hall bustling with waitstaff, but the space is actually quite small, with a row of booths and a few large, round tables for diners. The expansive name more accurately refers to the menu, specifically the volume of available dumplings, that proprietor Helen You—who operated nearby Tianjin Dumpling House before opening the new restaurant—offers to willing guests. In the bright, fluorescent lighting and space ship-like decor, you'll go on her dumpling odyssey.

First, you must navigate the expansive illustrated menu, which boasts dozens of dumpling fillings, styles and preparations, all depicted in photographs alongside their descriptions. There are multiple sections devoted to the things, inducing increasing FOMO panic with each passing page. Relax, take your time, and rest assured that there's never a "wrong" choice when it comes to dumpling consumption. 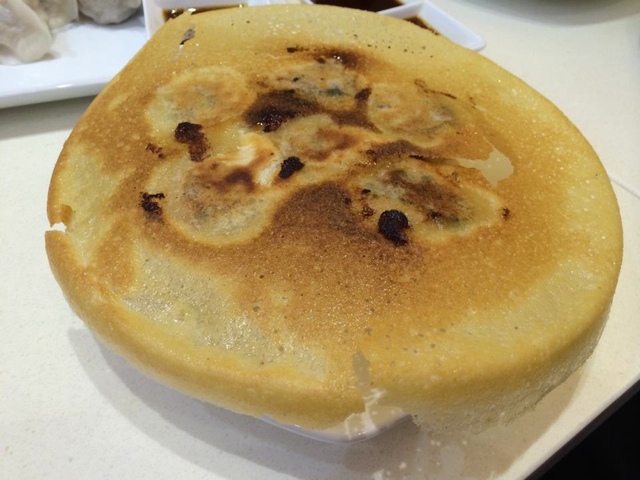 A good place to start might be with a pan-fried order of traditional Pork & Chive ($6.95 for six), though presentation isn't like many places you'll find on Seamless. The pan-fried purses arrive with a veil of fried starch concealing them from prying eyes and chopsticks. Gently break the crisp crust to reveal the delicate balls beneath, each stuffed with tender ground pork and a very persistent onion flavor. The cracker-like crust is even good on its own, dipped in the accompanying vinegar-soy sauce.

The steamed dumplings are also excellent, each wobbly blob filled not just with meats, vegetables and other fillings, but with a tiny sip of juice, like a soup dumpling starter kit. Of these, the Lamb & Green Squash ($7.95 for six) and Duck & Mushroom ($6.95 for six) were favorites on my visit, both boasting rich, full flavors in satisfyingly earthy tones. Beware the Hot & Spicy Beef ($6.95), however, which was bursting with so many chiles it was impossible to taste the meat purportedly inside the dumpling as well. 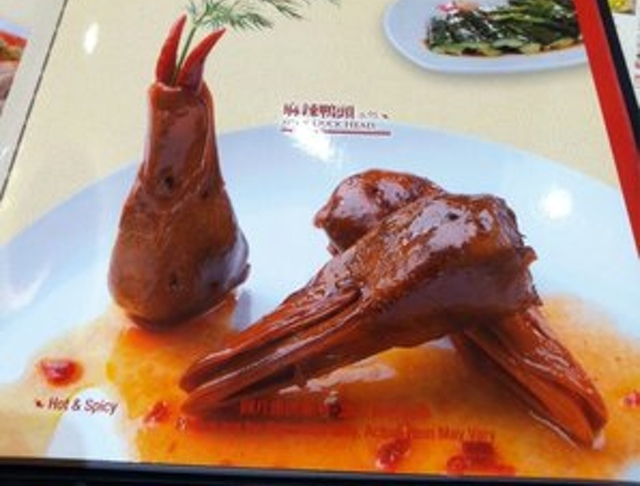 Yes, that is a duck's head (via Yelp)

There are dozens of other dumplings options on offer, as well as several more pages of hot and cold appetizers, entrees and sides not encased inside a dough pouch. But if you're in it for the dumplings, go all in for the dumplings as I did. A duo might be able to share four plates, especially if you're saving room for a subway snack; larger groups fare even better, with opportunities to try more fillings like Shrimp & Celery ($6.95), Egg & Cucumber ($6.95) or Preserved Egg & Pine Nuts ($7.95).

Lines can get a bit intense on the weekends, though my rainy day visit was quiet and we were able to get a table for two in under 10 minutes. Perhaps it was some rainy day luck that landed us a seat so quickly. What are you all doing later today?

#dumpling galaxy
#dumplings
#flushing
#original
Do you know the scoop? Comment below or Send us a Tip