A Peek Inside The Rainbow Room, Which Reopens This Weekend

The legendary Rainbow Room on the 65th floor of 30 Rockefeller Center will waltz into a new era this weekend, reopening on Sunday to reclaim its former glory. The storied restaurant and dance hall has undergone several years of renovations by new parents Tishman Speyer, who aim to return the now landmarked venue to its former status as one of the city's most notable culinary icons. They've brought on board British chef Jonathan Wright to helm the kitchen, which will turn out a festive Sunday brunch in addition to Monday night dinners open to the public. The space will be open for private events other nights of the week.

Monday Nights at Rainbow Room will feature live performances, beginning with NYC house band The Roots on October 5th. The first Monday of each month will be reserved for these intimate concerts while subsequent Mondays will be for a more traditional dining experience. Dinner seatings on show nights begin at 5:30 p.m. and 6 p.m. with performances following at 8 p.m.; be prepared to shell out a minimum of $175 (without booze!) for the prix fixe meal, depending on the evening's show. 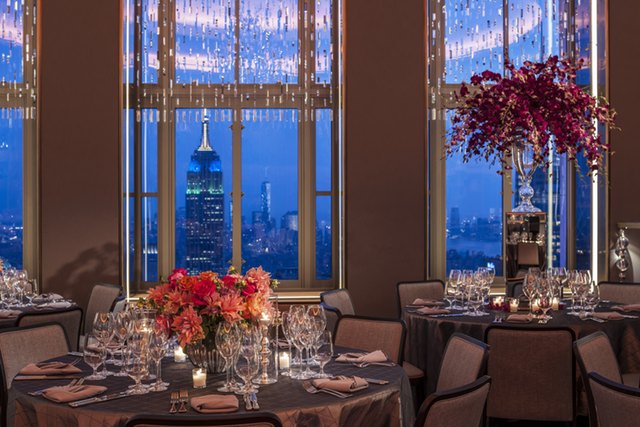 On Chef Wright's menu are classic Americana dishes like Oysters Rockefeller, Dover Sole, Maine Lobster Pot Pie with Black Truffle and Beef Wellington. Sunday service means a brunch "inspired by cuisines from all around the world," to the tune of $95 for adults, again, not including any alcohol. 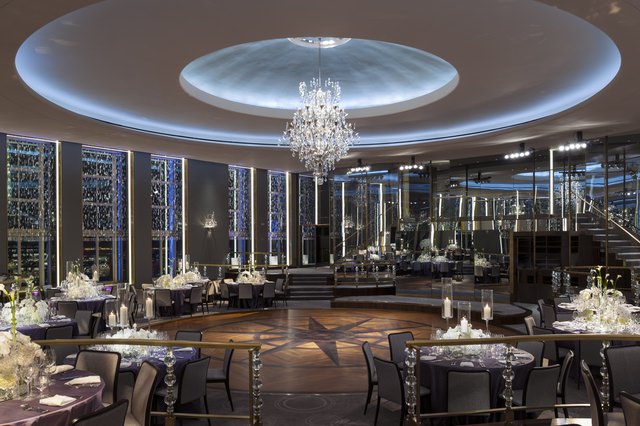 Adjacent to the iconic rotating dance floor is the new cocktail lounge SixtyFive, which will be open five nights a week to the general public. The more casual (yet still costly) spot shakes up cocktails like Manhattans ($25) made with Wild Turkey 101 Rye, a Sazerac ($24) of Germain-Robin Craft Method Brandy; and more contemporary libations like the Piguant Pear ($22) made with jalapeno-infused Espolon Silver Tequila, pear, fresh lime and cinnamon syrup. The space also includes a wraparound outdoor terrace with gorgeous views of the Manhattan skyline.