A New Market for New York? 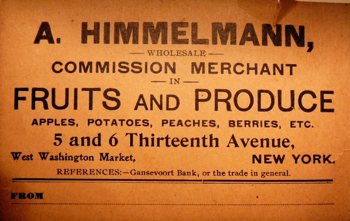 In 1656, Peter Stuyvesant proposed the creation of a public market for the city. As New York has changed, several marketplaces have existed, each creating a community hub as well as access to fresh food. Establishing a permanent home for a new market with breads, handmade cheeses, locally grown produce, fish, and meat is the goal of Robert LaValva and Jill Slater, the founders of New Amsterdam Public. LaValva and Slater seek to revitalize a few parcels of historical property at the Seaport and install a market filled with sustainable and affordable food. Among the market’s supporters are chefs Dan Barber and Mario Batali; a large group of food policy thinkers and groups also support its mission. The non-profit organization will hold a Wintermarket on December 16th at the Seaport’s New Market Building, a location once used by the old Fulton Fish Market. A massive amount of fresh and prepared foods including seasonal produce, cheese, and foraged mushrooms will be featured. We’ll keep you posted on the details as the event grows nearer.

In the meantime, TastebudsNYC is small collective of people who work within the food industry, either behind stoves or desks, with policy or with chocolate. Last night, Jill Slater from New Amsterdam Public spoke to the group about the proposed market. Tastebuds meets the 2nd Wednesday of every month at a different venue to discuss the state of the food in the city, and beyond. Visit TastebudsNYC for all the details.