A Hungry Traveler Ordered A Lobster Roll On A Flight. What American Airlines Served Him May Shatter Your Faith In Airplane Food

We may not know what the deal with airplane food is, but at least we now know the deal with the American Airlines cross-continental in-flight lobster option. The deal with that is that it's not just bad, but somehow way worse than you could ever imagine.

Travel blogger Ben Schlappig learned this lesson the hard way on Wednesday, when he ordered the lobster roll and sweet potato fries aboard a business class American Airlines flight from Los Angeles to New York. But instead of receiving the meal he expected—a decadent shellfish sandwich prepared on an airplane, we guess?—Schlapping was served this: 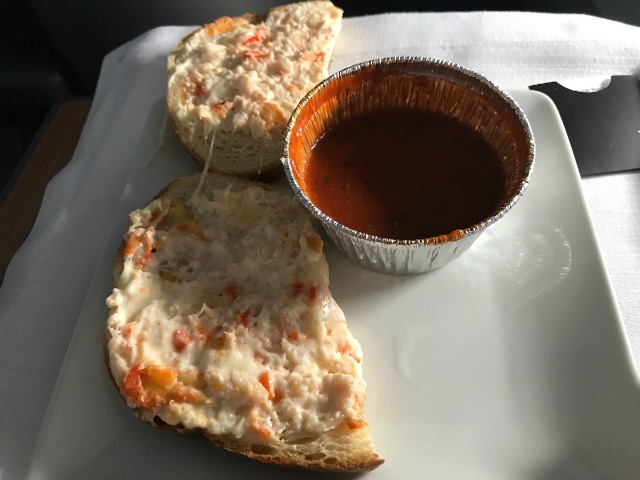 my god (One Mile At A Time)

Schlappig, no stranger to the airplane lobster, called it the worst meal he’d ever had in a premium cabin. “There was about as much lobster meat on the sandwich as you’d get in a tub of butter,” Schlappig wrote. “It sort of tasted like they took soggy pieces of bread and then spread butter with tiny particles of lobster on it.”

It gets better: After asking the flight attendant if there'd been a mistake, Schlappig was informed that he actually "got lucky." Because the airline was out of the business class lobster rolls, the flight attendant explained, he'd received a first class version of the dish (eat it, rich people).

We reached out to Schlappig for some more insight on eating well while 30,000 feet in the air, but he was boarding a flight to Uzbekistan and didn't have much time to chat. He did offer this helpful summary on the country's worsening in-flight dining options.

I wouldn't say that food on American is particularly bad compared to domestic flights on other US carriers, but it has absolutely been on a downhill trend since the merger. In 2013 American probably had the best catering between Delta, American, and United, but since then Delta and United have made significant improvements while American has focused on cost-cutting. So I guess the net effect is that American has the worst on-board catering of the big three.

He added that he was not expecting Uzbekistan Airlines to serve lobster, but said he'd "enjoyed many lobster dishes on various airlines in the past." So if you find yourself flying to Southeast Asia on Singapore Airlines and have a hankering for crustacean, Schlappig says their lobster thermidor is the "hands down best meal in the sky." 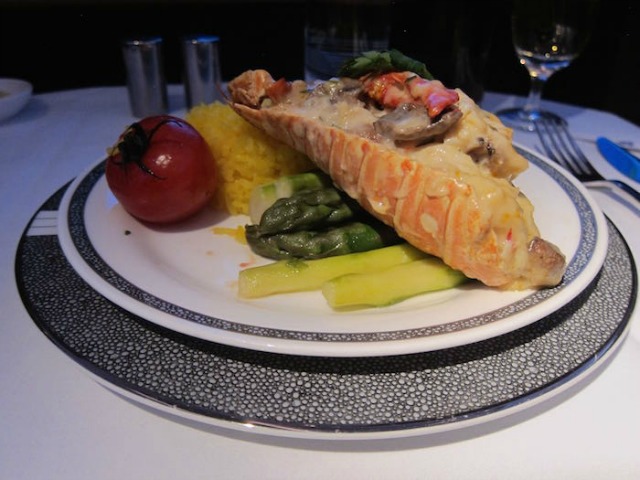 Now this is what an airplane lobster is supposed to look like, we guess. (One Mile At A Time)