A Guide To This Year's NYC Wine & Food Festival

The foodiot feeding frenzy known as the New York City Wine & Food Festival doesn't unleash its Celebrity Chef-driven spectacle on us until mid-October, but the time to buy tickets is now, before the quality events are sold out and you're stuck eating airplane food. Over 100 events take place over the course of the four-day feeding frenzy from October 16th to October 19th, ranging from walk-around tastings to hands-on instructional seminars to late-night karaoke ragers. The "star" chef lineup means tickets won't come cheap—though there is a section dedicated to events $100 and under—but with net proceeds going directly to Share Our Strength and the Food Bank For New York City at least your some of your cash (and empty calories) will be going to a good cause.

There's a good variety of foodstuffs for consumption at this year's NYCWFF; here are a few of the best ones. 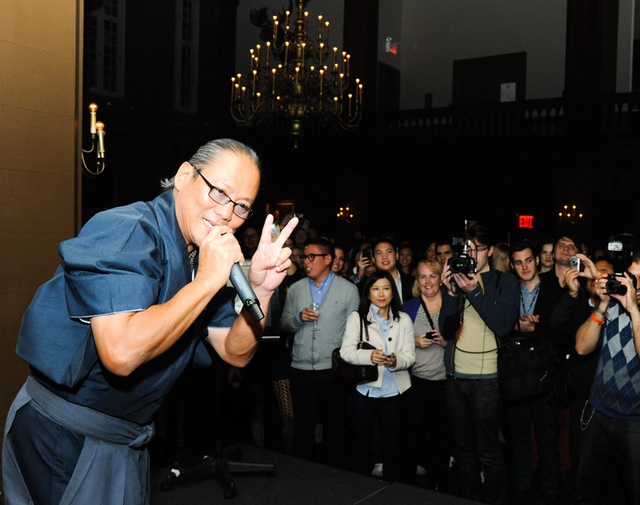 Morimoto is the man (Carly Otness/BFAnyc.com)

East Meets West Dinner: By now, the names Ivan Orkin and Andy Ricker are almost as well-known as the lines their restaurants draw for dinner service each evening. The duo are joined by Uncle Boons's Ann Redding and Matt Danzer, as well as Tadashi Ono of Ganso Restaurant Group for a sit down dinner celebrating pan-Asian cuisine, specifically focused on the flavors and techniques of Japan and Thailand. Expect "an exotic combination of Thai street foods, ramen and izakaya specialties" at this small, seated dinner at events space Haven's Kitchen. Tickets $250 // Friday, October 17, 7 p.m. - 10 p.m.

Rock & Roll Night Market: If you're looking for a less formal environment—and the possibility of boogieing down with an Iron Chef—check out this late-night eating, beer-drinking and singing party. Chef Masaharu Morimoto hosts this evening of karaoke once again and he's not one to shy away from the mic. Between songs, shove your mouth hole full of "unique interpretations of sushi, dumplings, egg rolls and dim sum," as well as some Asian-inspired bakery treats from event partner Hot Bread Kitchen. Tickets $175 // Friday, October 17, 11 p.m. - 2 a.m. at the Harvard Club

Betony 57th Street Lunch: Don't be turned off by the Midtown address of this year-old hotspot; the food coming out of the kitchen is some of the best in the city with service to match. Executive Chef Bryce Shuman hosts a lunch inspired by the restaurant's 57th street home, which "remains a vibrant two-mile-long metaphor for all that is glamorous and compelling about Manhattan." That may mean very little on paper but it's all but guaranteed that Shuman will put on a tasty show that's at once comforting and familiar while still operating on a culinary level way beyond the average white-tablecloth eatery. Tickets $150 // Saturday, October 18, 12 p.m. - 3 p.m. 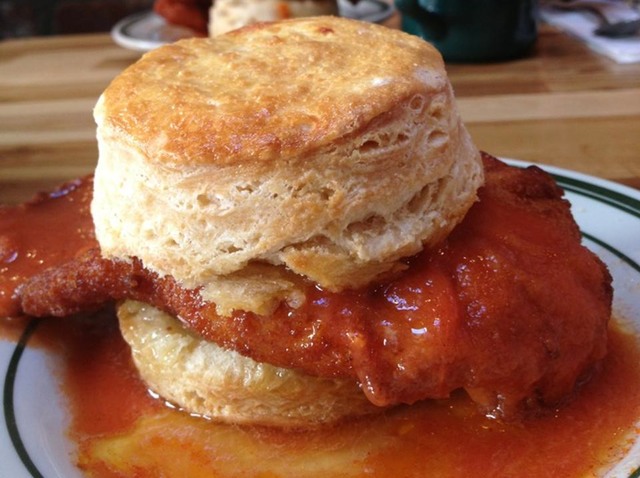 TimesTalk: Alain Ducasse, Daniel Boulud & Eric Ripert: It's not all about stuffing your face at NYCWFF—though that's mostly what it's about. There are also opportunities to hear the masters talk their trade; case in point, this evening with three of France's most celebrated chefs chatting with New York Times Dining editor Sam Sifton. The trio will discuss their favorite French recipes and "the stories behind them." Hopefully Eric Ripert will dish some dirt on fun times with Anthony Bourdain as well. Tickets $35 // Saturday, October 18, 2014 at 2 p.m. at the TimesCenter

A Perfect Pairing hosted by Nancy Silverton and April Bloomfield: Two powerhouse culinary forces from opposite coasts, these two chefs have each dominated their fields, winning Michelin stars (Bloomfield) and James Beard awards (both) in addition to the love of food fanatics in their respective cities. Around these parts, Bloomfield is known for bringing the gastropub stateside with her now-iconic Spotted Pig; in Los Angeles, Silverton dominates the pastry and baking scene with her La Brea bakery. Together at this intimate dinner, it's all fireworks. Tickets $250 // Saturday, October 18, 2014 at 7 p.m. at Noir

#food network
#foodiots
#guide
#new york city wine and food festival
#nycwff
#tickets
#original
Do you know the scoop? Comment below or Send us a Tip