We can once more leave our apartments with exposed flesh, meaning it's time to take advantage of the city's excellent outdoor food markets. Below, the best options for dining al fresco—and, probably, without a proper table or utensils—and taking advantage of the unique bounty of smaller food purveyors. 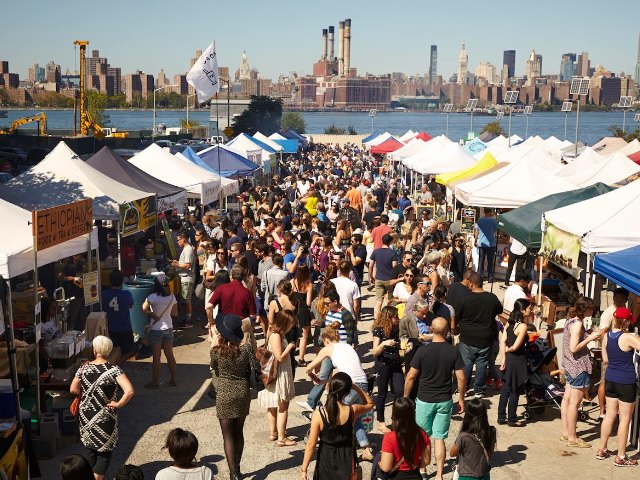 SMORGASBURG Without a doubt the city's biggest and most well-known market, Smorgasburg's back and bigger than ever this season, operating two large food-centric markets in addition to smaller, satellite operations popping up at sibling market the Brooklyn Flea. There are a batch of fantastic new vendors joining the lineup this year and slinging dishes like Italian beef sandwiches, chicken yakitori, mushroom coffee and mozzarella sticks.

The size of the market means a flavor for every palate—and a damn hard time deciding what to choose—but navigating the crowds during peak hours can be a drag, especially since there's little in the way of shade (in Williamsburg) and lines for popular vendors (what's up, Ramen Burger?) can be brutal. Pro-tip: show up close to opening time at 11 a.m. to be first in line, then watch the insanity from the safety of the accompanying beer gardens.

Smorgasburg is in Williamsburg's Kent State Park on Saturdays and Prospect Park's Breeze Hill on Sundays. The Brooklyn Flea will be in Fort Greene at 176 Lafayette Avenue on Saturdays, and DUMBO at the Manhattan Bridge Archway Plaza on Sundays. 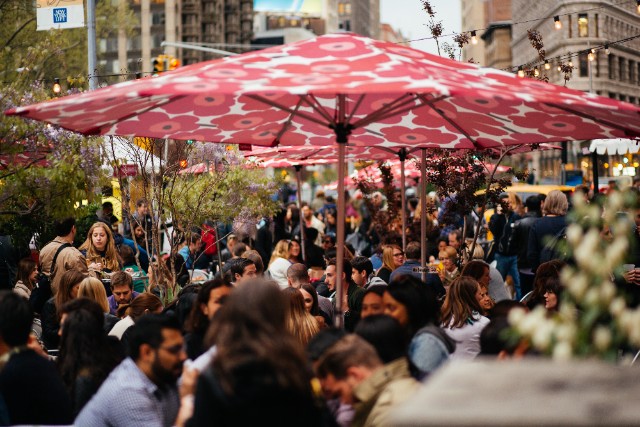 URBANSPACE MARKETSUrbanspace runs a trio of popular outdoor food markets during the season: Garment District, Broadway Bites and Mad. Sq. Eats. At Garment District, nosh on deep dish pizza from Emmett's and smoked meat tacos from Delicatessen Taco (both newcomers) along with Melt ice cream sandwiches and a dozen others. At Broadway Bites, it's Arancini Bros., Takumi Tako and crepes from Bar Suzette in addition to truffle butter cheesesteaks and others. And finally, Mad. Sq. Eats has an on-trend Gotham Poke stand, frozen treats from Ice & Vice and Colombian food (including arepas!) from Palenque. 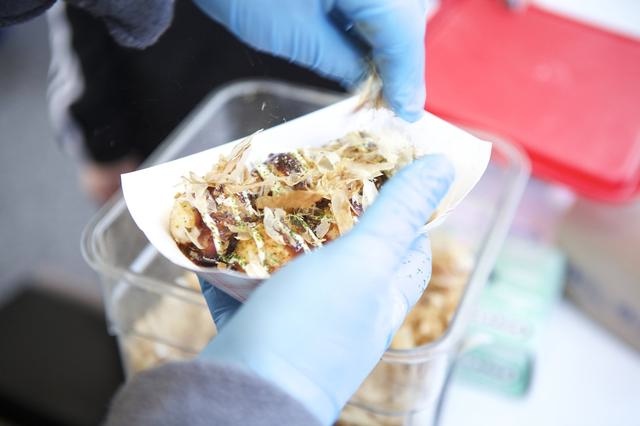 Beginning April 23rd, the market will operate Saturdays from 6 p.m. to midnight at the NY Hall of Science in Flushing Meadows Corona Park 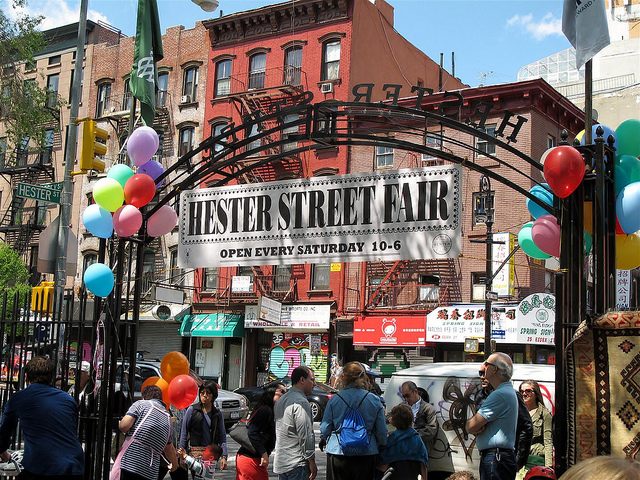 HESTER STREET FAIR Situated on the site of a former pushcart market, this Lower East Side staple has expanded in recent years, offering both food and non-edible goods during their Saturday encampments. The lineup for this season has yet to be announced, but in previous years the lineup has included things like Asian rice balls, Korean meat bowls, frozen fruit treats and tacos.

Beginning May 14th, the market will operate Saturdays at the corner of Hester and Essex Streets on the Lower East Side. 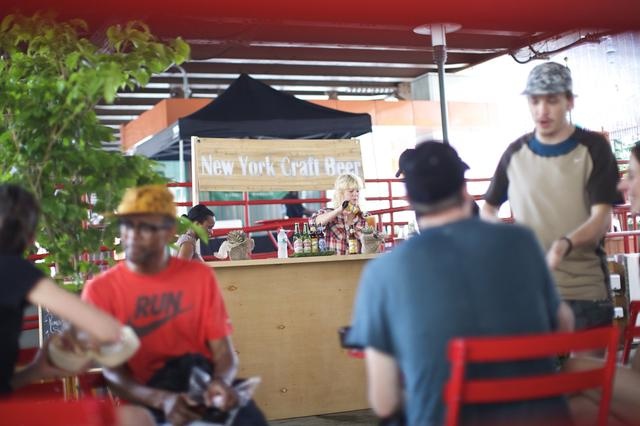 VENDY PLAZA Beginning in May, uptown dwellers and food destination travelers can enjoy the return of Vendy Plaza, a Street Vendor Project-powered Sunday market set up inside La Marqueta beneath the Metro-North tracks. The 25-30 vendors of the Plaza will be cooking up things like Colombian arepas, takoyaki, Hunan/Xian-style Lamb Burgers, tamales, fried ice cream and chicken and waffles. There's also an on-site beer garden, plus Latin music and local craft vendors as well.

Beginning May 1st, the market will operate Sundays underneath the Metro North tracks at 116th Street 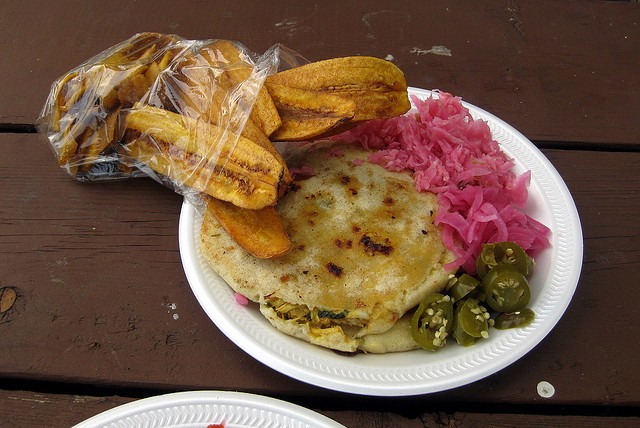 RED HOOK FOOD VENDORS There were many years that pupusa enthusiasts held their breath to find out if the Red Hook Food Vendors would return to the Recreation Fields at 160 Bay Street. But with a multi-year lease currently intact, we're guaranteed the vendors' delicious options for at least the foreseeable future. Pupusas from El Olomega, huaraches from Country Boys, tacos from Piaxtlan, Arepas from the Colombian food truck and aguas frescas from the Vaqueros truck will all return this season, plus one other vendor that's as-of-yet unconfirmed.

The vendors operate weekends from 10 a.m. to sundown at the Recreation Fields at 160 Bay Street in Red Hook, Brooklyn. 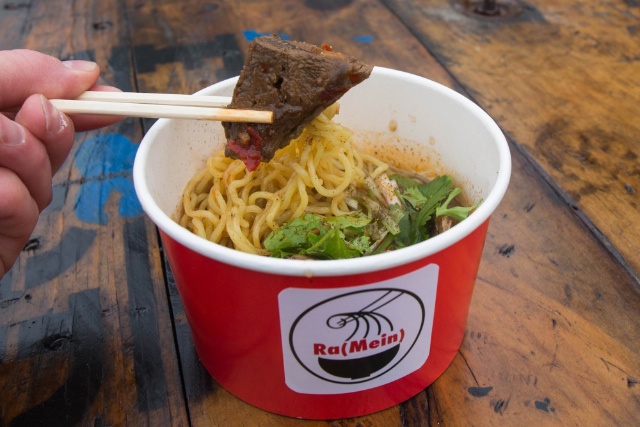 LIC FLEA & FOOD Now in its 4th season, this smallish Queens market has reopened with a big crop of new vendors, selling dishes like Rib In a Cup (exactly what it sounds like), Spicy Sichuan Beef Ramen, chocolate souffle and macaroons. Like many of the markets, it's not all about food here. Snag bespoke lipstick and bowties from...Lipstick & Bowties...plus vintage items, jewelry and some living plant life to bring into your apartment.