A Guide To Craft Chocolate & Where To Find It In NYC

The brands I'm talking about all make chocolate from scratch. While others buy chocolate in bulk from another company and melt it down into bars or candies, these artisans start with whole, raw beans, which they roast, grind, and then transform into smooth, high-end chocolate bars—often with prices to match.

Here are 14 stores across the city to find your craft chocolate fix. 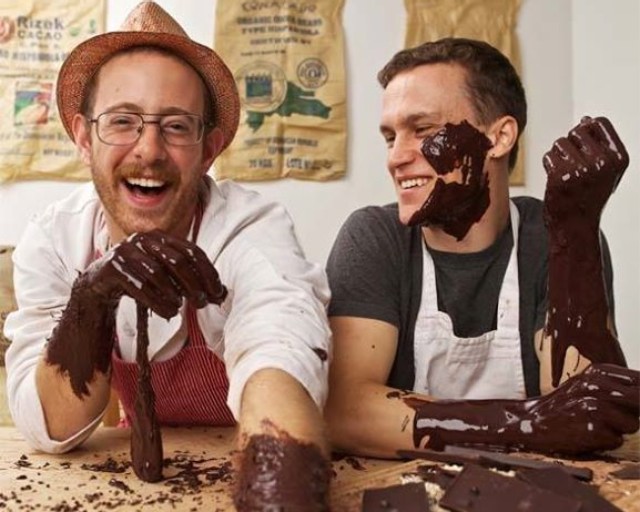 Raaka These guys make “virgin” chocolate, which means the beans aren’t roasted but also aren’t considered raw. It’s organic and vegan, and they create interesting flavors like bourbon-cask-aged chocolate and coconut milk. Be sure to take a factory tour of their warehouse space in Red Hook to see how they handle the beans and magically turn them into something delicious. 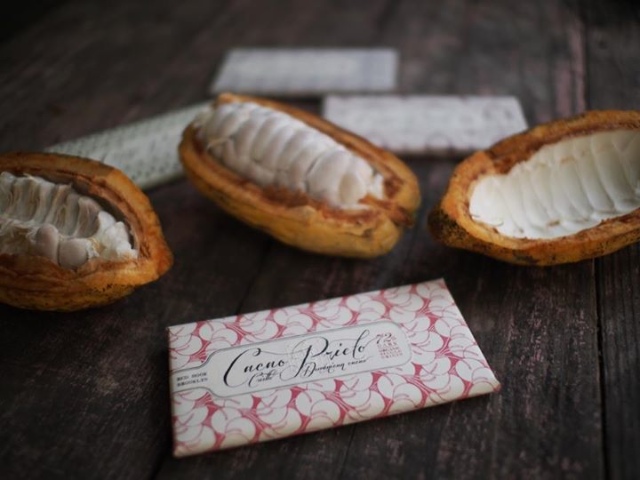 Cacao Prieto The beautiful drawings on this Red Hook maker’s labels almost override the chocolate itself, which they source in bean-form exclusively from the Dominican Republic. The same can be said of the storefront, which boasts vintage chocolate-making machines as well as a cocktail bar and liquor distillery, plus a quaint outdoor space with chickens.

The Brothers Mast: Michael and Rick

Mast Brothers The ultimate Brooklyn makers and the face of the bean-to-bar chocolate movement (including their beards and beard nets), Mast Brothers Chocolate is a must—regardless of recent headlines. Visit their storefront in Williamsburg and peek into the factory in back; they also offer daily, 30 minute tours for a more hands-on experience. Don’t miss the Chocolate Brew Bar down the street, where you’ll find cacao tea as well as non-alcoholic chocolate beer on draft. 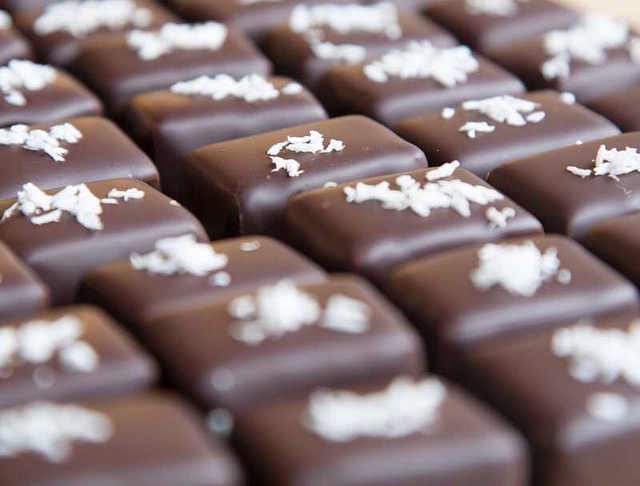 Fine & Raw You won’t miss milk when you bite into the vegan bars from this Brooklyn maker, which wants to “save the world through silliness and chocolate.” If their addictive salted chocolate bars and cacao and coconut chunky are any indication, they’re succeeding, with flying colors. 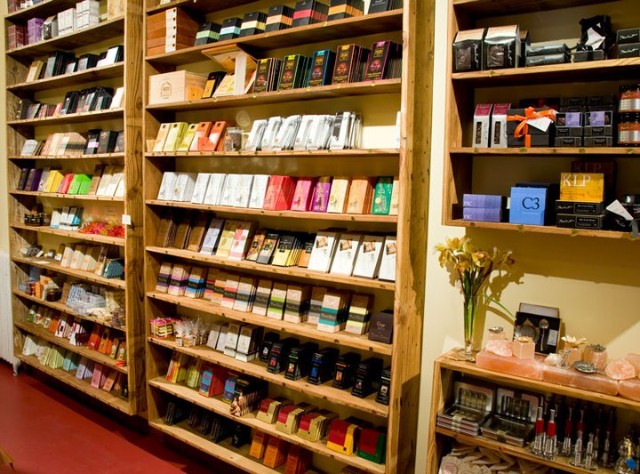 The Meadow This specialty chocolate, bitters, and flower shop carries the best chocolate in the world, organized by type: dark, milk, salted, infused, white—the list goes on. The experts here know everything about chocolate and can help you find that obscure brand you’re looking for or introduce you to your new favorite bar (hello, Pump Street’s sourdough and salt). In particular keep your eye out for 100 percent bars for the truly serious from Soma, Pacari, and Fruition. 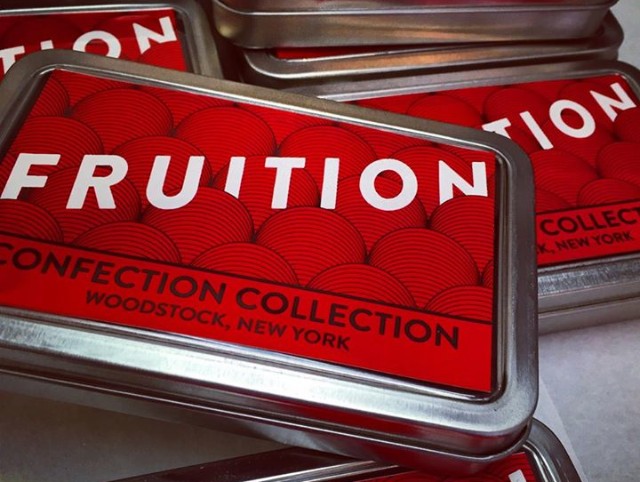 Bedford Cheese Shop Cheese and chocolate go together like peanut butter and nutella, which is to say, pretty well. That’s why this Williamsburg shop carries obscene amounts of both. If you want to stay local to Brooklyn, try Mast Brothers, Cacao Prieto, Fine & Raw, or Raaka. Or branch out to other amazing American makers like Amano, Fruition, and Rogue, whose quirky maker eats Snickers bars regularly. 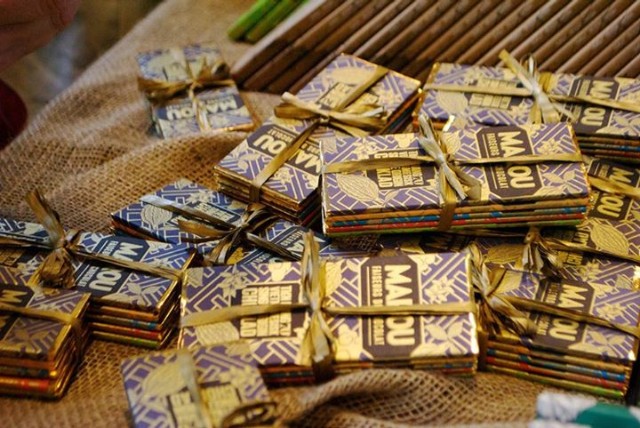 2Beans Walk into this Midtown coffee bar and chocolate shop and you might just lose it over the rows and rows of chocolate bars, candies, truffles, and more. Try the classic French maker Chocolat Bonnat, the new It makers Marou Chocolate out of Vietnam, and the solar-powered Grenada Chocolate Company, founded by an American wanderer and visionary named Mott Greene. 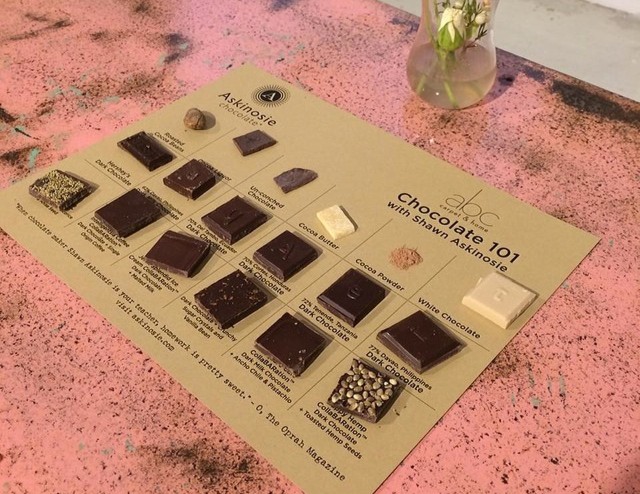 ABC Carpet and Home So much more than a carpet or furniture store, ABC also carries a pretty good selection of craft chocolate. Find the usual Brooklyn suspects as well as Dandelion Chocolate out of San Francisco and a new maker called ZenBunni who produces “biodynamic chocolate.” 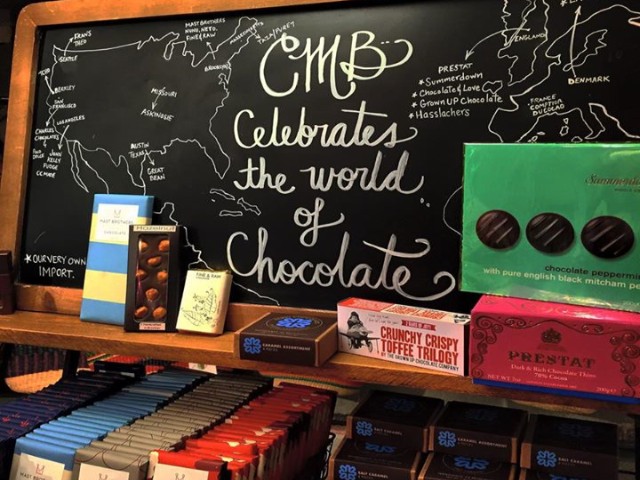 Chelsea Market Baskets Amid all the high-end culinary goodies, find a solid selection of bean-to-bar chocolate (as well as truffles, candies, and other delights). In particular check out the bars from French maker Pralus, raw chocolate from Brooklyn maker Fine & Raw, and gritty chocolate from Taza, which grinds its beans the traditional Mexican way, using giant stones with secret, hand-made carvings. 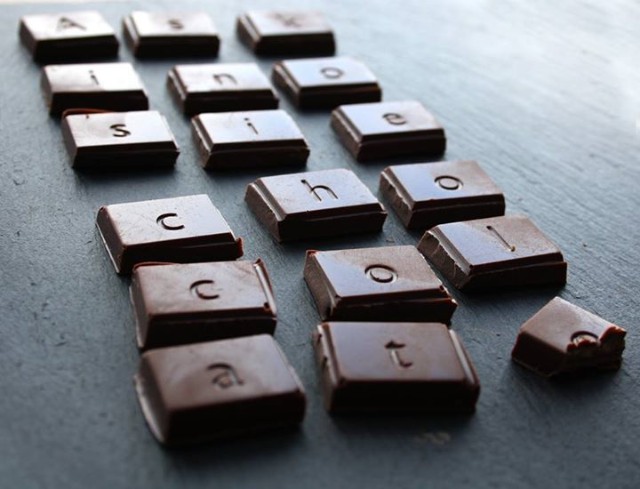 Brooklyn Fare It seems totally reasonable and predictable that a grocery store would carry chocolate, right? But even at Whole Foods, most of the time you’re limited to one or two craft bars and a wide selection of the mass-produced stuff. This place is different. Find many of the makers mentioned above as well as Askinosie Chocolate, which shares profits with its Tanzanian farmers, many of whom are so poor that they’ve never even tasted a chocolate bar. 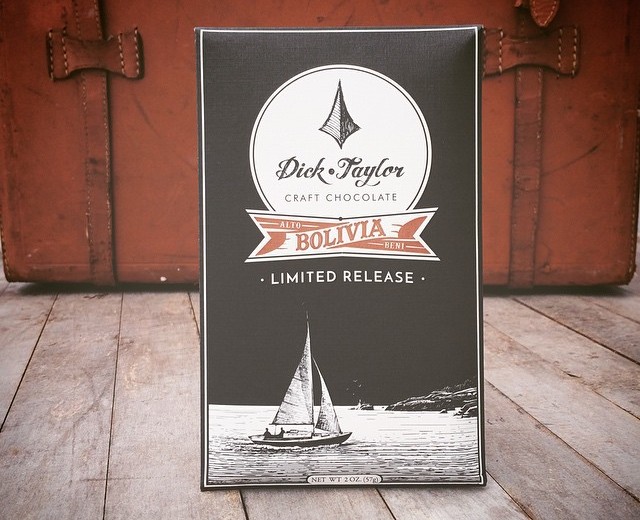 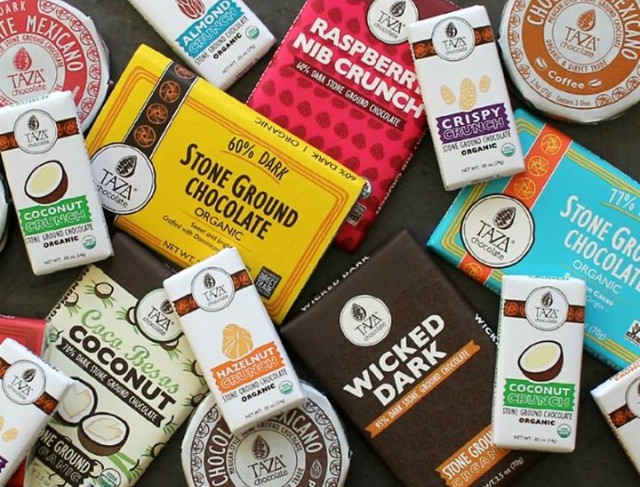 BKLYN Larder After you load up on cheese, charcuterie, and cutesy home goods, check out the chocolate selection at this Flatbush locale. Find many makers mentioned above as well as Olive & Sinclair, out of Nashville, and hard-to-find treats from Taza like chocolate-covered almonds and cashews. 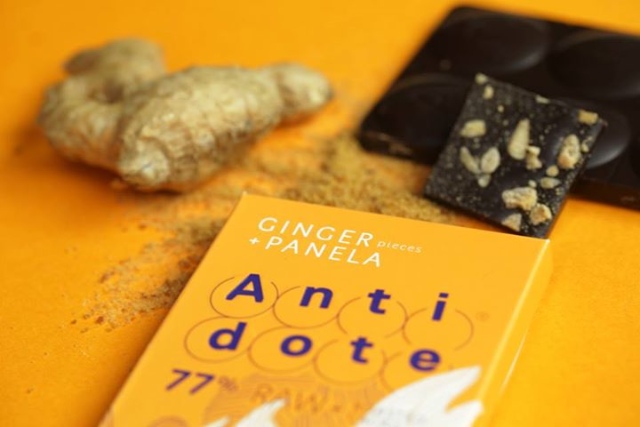 Campbell Cheese & Grocery Yet another cheese shop with a killer selection, this Williamsburg area store boasts brands like Compartes out of Los Angeles and Antidote out of Brooklyn, which makes raw chocolate that’s more like a health food than a sinful indulgence.

Megan Giller is on a journey to explore the real world of American craft chocolate with her digital project Chocolate Noise. 15 makers. 15 stories. 1 story per month. Her in-depth coverage goes beyond reviews and top 10 lists to capture the unique moments and personalities behind the bean-to-bar revolution. Subscribe to the series here.

#chocolate
#craft chocolate
#original
Do you know the scoop? Comment below or Send us a Tip
A new Gothamist is coming! We’ve moved comments over to our beta site. Click here to join the conversation and get a preview of our new website.