The pedigreed dumplings at Pinch Chinese, the SoHo soup dumpling restaurant that opened in SoHo in February, are the focus of a new dumpling happy hour. On Mondays through Fridays from 5 p.m. to 7 p.m., stop by the Prince Street restaurant for a cocktail and any three dumplings for $15. The xiao long bao have been the big draw, but the fish dumplings are the sleeper hit.

Gotham Market at The Ashland in Fort Greene now serves a Monday Funday happy hour every Monday through Labor Day. The special, which runs from 6 p.m. to 8 p.m., includes drinks on deals at both Bar Granger and Mason Jar inside the food hall. At the former, that means $4 draft beers and $5 select wines, among other offerings; at the latter, $3 well drinks, $4 wines and $6 "Strawberry Summer Dream" cocktails. Deals on food include $10 Dinner Apizza and $6 Crispy Sandwiches at Bar Granger, 50% off apps at Mason Jar, and $1 off drinks and floats at Malai Ice Cream. 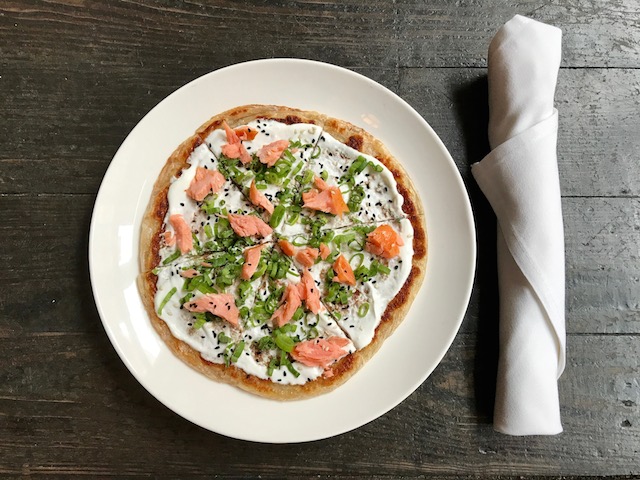 From July 24th through Sunday, August 6th, Fung Tu will be serving some special fish from its Lower East Side neighbor, Russ & Daughters. The historic shop will be supplying the restaurant with things like smoked sable and kippered salmon to make dishes that include smoked sable bao with garlic chive gribiche, scallion pancake topped with kippered salmon and scallion crème fraiche, and Sichuan potato linguine and selyodka herring-tomato sauce. For dessert, more collaboration in the chocolate babka, red bean paste, and salted egg yolk.

#weekly food roundup
#what to eat this week
#original
Do you know the scoop? Comment below or Send us a Tip
A new Gothamist is coming! We’ve moved comments over to our beta site. Click here to join the conversation and get a preview of our new website.