A Closer Look At The Nuts 4 Nuts Carts, A NYC Staple 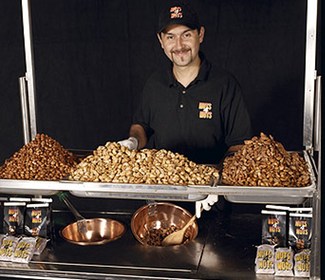 Check out the copper bowls. (Courtesy of Nuts4Nuts)

The Nuts 4 Nuts carts around the city may seem like a forever-staple of our streets, but the first cart didn't get out there until 1993. At that time, it was called Nuts About Nuts, which was changed to Nuts 4 Nuts in 1998.

Non-branded honey-roasted nuts came to NYC around 1984, according to local lore, and it was Argentina-native Alejandro Rad (who had been peddling those sweet peanuts) who started Nuts 4 Nuts. According to the company:

"He began with one pushcart and grew steadily. Today, the company he owns in partnership with Bronx native Cliff Stanton—United Snacks, Inc.—supplies nearly 100 pushcarts throughout the city. The carts' signature copper bowl enables the even and rapid distribution of heat required to get the sugar to envelop the nut with a crunchy, sweet exterior." 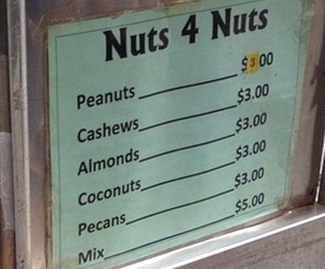 For a little more history on the carts, usually recognizable by their orange and white umbrellas, a NY Times article from 2002 notes that:

"The Argentines trace the origins of the nut vendors to Jorge Aguirre, an Argentine who started selling the sugar-coated peanuts in the mid-1980's and gradually enlisted young Argentine men to help. At least two of them, Mr. Nocco and Alejandro Rad, now a wholesale distributor of nuts and snacks, are still in the nut business. By the time Mr. Aguirre died in 1993, he had spawned a generation of vendors under a franchise called Nuts 4 Nuts, Argentines say."

So that's your brief history lesson on the carts, whose sweet smell permeates much of Midtown, but what about their offerings?

While everyone is pretty familiar with the standard peanut, a classic, the carts also offer almonds, cashews, pecans, and coconut. We recently learned that zero Gothamist staffers knew of the coconut offering, which is one of the best things out there on our streets. This is not a nut covered in coconut, it is a bag of coconut chunks enveloped in the crispy, sugary sweet coating. 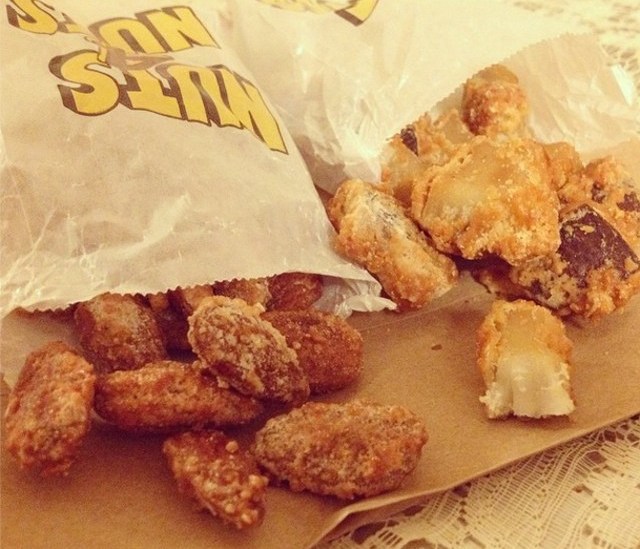 Almonds on the left, coconut on the right. (Jen Carlson/Gothamist)

We brought some bags from the cart in to the office this week, and coworkers devoured the coconut chunks—so the next time you pass a cart, consider laying down $3 for a bag (or $5 for two bags!). The goods are best consumed right away, but we can tell you from experience they'll last for a day, just keep the bag closed with that tight roll they'll come with.

We leave you with this guy, who is Nuts 4 Nuts... but according to his lyrics he also had no idea there was a coconut option.

Now, someone, please put these into an ice cream flavor—thank you.

#nuts 4 coconuts
#nuts 4 nuts
#nuts4nuts
#street carts
#original
Do you know the scoop? Comment below or Send us a Tip