Not to toot our own trolls, but Gothamist's comment section is the stuff of legend (shout out to the endurance of Rocknrope, among others...let's try to forget that other incident). Though it's advisable in all situations to never read the comments, that's like asking someone to look away from a car wreck or resist a New York Times Brunch Hate Read. Sometimes, you just can't avoid them.

Now recipients of concern trolling and sponsored content accusations have an avenue for reprisal in Troll Cakes, a revenge-based confectionary service that promises to send your trolls a little something to show you care think they're a real jerk store. Send Troll Cakes the meanest internet comment and they promise to ship a custom cake bearing said message to the commenter who made it.

Is this for real? Yes (we've seen proof of at least one order), but it's fledgling. Owner Kat Thek began the business just two weeks ago with no formal training in pastry but armed with "a love of cakes, catty comments, and being nosy." Each "cake" is actually a chocolate chip brownie, which Thek decorates with icing and jaunty sprinkles and toppings that make the cake's text even more jarring. She says her team have only sent a handful of cakes so far, but insists they have a lot of baking to do this weekend. 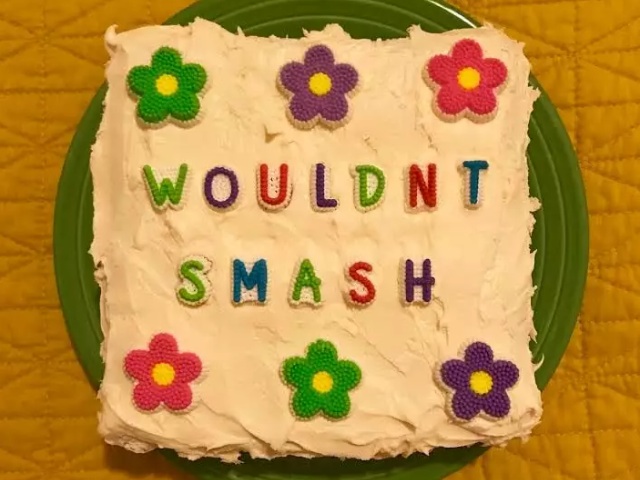 So far it seems more conceptual art than lucrative business, but it could be Thek has discovered an untapped market—there are certainly no shortage of mean Internet comments to work with. Thek has adorned cakes with choice phrases such as "sloppy butt," "ur mom is obese" and "wouldn't smash," but says the meanest thing she's ever put on a cake was "I wish you got aborted."

In addition to making the cakes—and the box festooned with a printout of the comment itself—Thek also touts herself as an amateur sleuth, and for an extra fee says she will track down the troll's home or work address and mail the cake straight to their door. Thek declined to say how she tracks down the trolls ("that's a Troll Cakes trade secret") but with the volume of personal information people recklessly throw out on social media it sounds reasonably plausible.

Troll Cakes HQ is located in Brooklyn so any vengeful commenter targets have the option for next-day, in-person delivery of their cake, but they'll ship anywhere in the USA—including 1600 Pennsylvania Avenue. Opt for the "Tiny Hands Special" and for just $30 American dollars they'll send "your preferred Trump tweet" to the White House. (Thek says the "scariest" cake she ever made "goes to Trump's recent boasting about pulling the highest TV ratings since 9/11.") 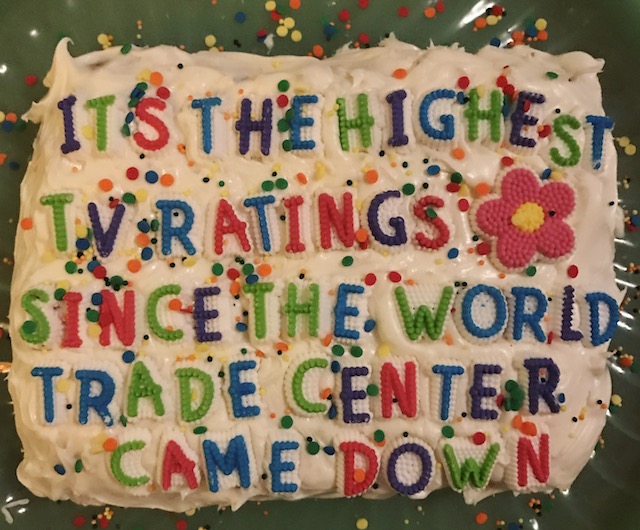 Some of the cakes so far have been sent between friends as a joke. "Troll Cakes work both ways—you can send a cake to a troll or you can troll your friends with a cake," Thek told Cosmopolitan. So far, none of the trolls themselves have offered Thek any feedback, IRL or on the internet. "Maybe they're busy baking retort cakes."