When Steve Martin, making a cameo appearance as Gavin Volure on 30 Rock, asks his dinner guests for a good place to get cupcakes in New York City, Liz Lemon drops some knowledge: "77th and Amsterdam, 68th and Columbus, 125th and President Clinton Blvd, also, don't overthink it: Sara Lee, frozen, unbelievable." What if we said the same thing about Lender's bagels? 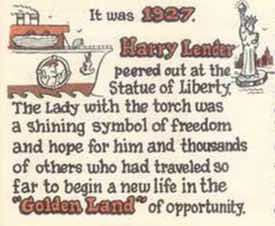 The frozen bagel is sacrilege in New York City, a city where fresh, delicious bagels can be found just around the corner, any corner. A city where the bagels are so good, that lesser cities try to recreate them by using our water. A city where the topic of bagels is so serious, that they stir up a vibrant debate whenever their name is mentioned. A city where, really, we don't need Lender's. And yet they are here, in our stores (6 for $1.99!), and their packaging even features the Statue of Liberty and our skyline. At one time, Lender's even went by the name: "New York Bagel Bakery."

Lender's bagels are not, nor were they ever, from New York—they are from New Haven, CT. But if New Haven can deliver some of the best pizza, maybe they can deliver some damn fine bagels, too? While they are not "America's Favorite Bagel," as stated on their packaging, they are probably America's favorite frozen bagel. Let's give them that—should you find yourself with only the option for a frozen bagel, Lender's is the way to go. They are small—like a bagel hors d'oeuvre—a little sweet, airy on the inside, and their secret weapon is that there is always a perfect, thin layer of crisp on the outside. Toast one up and give it a try with some cream cheese—we did this recently at Gothamist HQ and 4 out of 4 people who tried them enjoyed them. (Note: Two of these people are originally from Connecticut, and nostalgia is a hell of a drug.)

On the other hand, only 4 people were willing to try them.

So, how did they come to adopt such NYC branding?

The Lender family is originally from Poland, and in the 1920s Harry Lender began working in a bagel bakery in Passaic, New Jersey. He relocated to New Haven when he heard a man there was selling his bagel operation. Harry purchased it for $600, and the rest of his family joined him, coming to the U.S. via Pier 42 in NYC. That's just about where the NYC ties begin and end for the Lenders—yet when he opened up shop, he called it the "New York Bagel Bakery." Presumably he called it this despite it actually being "one of the first bagel bakeries in the United States to be established outside of New York City." Harry Lender knew the importance of branding, even if at the time he was hand-rolling just a few dozen a day, running an operation that only reached a few local grocers.

Eventually he was rolling more, and it was Harry who purchased a giant freezer in the 1950s, hoping to keep his goods from going stale too fast. This helped him distribute his bagels to more places in Connecticut—if he baked 600 dozen, he'd distribute 400 dozen, and freeze the rest for later distribution. If Harry knew about branding, he also knew about optics, and he knew that people did NOT want frozen bagels—according to a pretty extensive history on the family from the New Haven Independent, the freezing was at first a family secret. 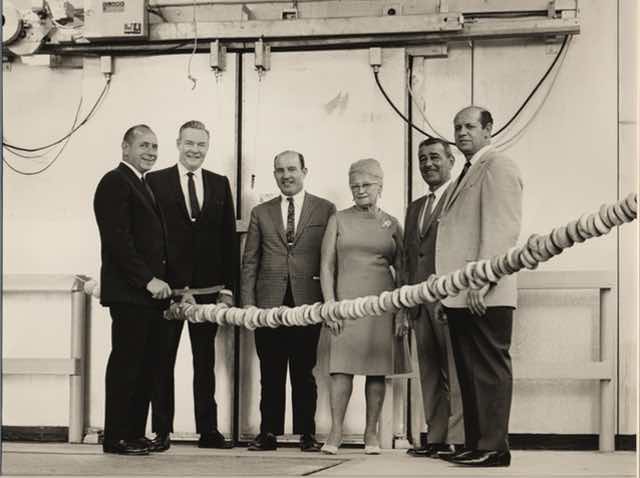 The freezer changed the bakery dramatically. Quickly, Harry refined the system so the bakery had a steady, six-night work week: instead of the grueling pre-Sunday rush, Saturday night was now the easiest time of the week—the Lenders just defrosted the bagels and delivered them fresh in the morning. Within two years, the Lenders perfected the workflow so that they only had to bake four or five nights a week.

The new system eased life for the Lenders but it was, in the words of one observer, a “perilous experiment.” It was also, at first, a family secret. “No one was allowed to know that these bagels were frozen!” Harry’s niece Esther remembered. Though evidently customers could not taste the difference, “everyone wanted fresh bagels.” The Lenders managed to keep their innovation quiet for almost two years. Then, one Sunday, somehow, somebody neglected to thaw the bagels, and the driver delivered them all frozen. “The customers were furious,” Murray recalled. “‘Get this junk out of here’ was the typical reaction.” Murray ultimately assuaged the bakeries’ concerns—after all, they had been selling frozen bagels for nearly two years without complaint. 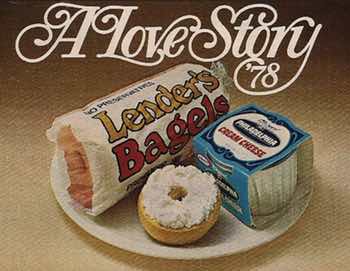 When he died in 1960, Harry's sons purchased a plant in West Haven, and their bagel business grew even bigger. They sent out their preservative-free product in plastic bags to around 30 states, according to the NY Times obituary for Harry's son, Murray. But it wasn't until the 1970s that they saw a big boom—according to the Smithsonian, that's when America started embracing these bagel things.

In the United States, bagels arrived with the Eastern European immigrants of the late 19th-century, but didn't emerge from their mostly Jewish niche markets into the mainstream until the 1970s. That was the era when "ethnic food" became trendy, and it was also when an enterprising family named the Lenders began marketing their brand of frozen bagels—"the Jewish English muffin," they called it—to the masses through witty television ads.

Murray brought Lender's to another level—according to that same New Haven Independent profile, he "put posters in New York City subways with a half-nude Italian guy with a shpalette (a hero or sub sandwich) [that] said, ‘Would it hurt to have a bagel for a change?' Murray concocted green bagels for Saint Patrick’s Day, and an oval bagel for President Lyndon Johnson to eat, in front of television cameras, in the Oval Office. Murray appeared on the Late Show with Johnny Carson [sic]. Murray became the public image of Lender’s Bagels, his antics synonymous with the brand."

The antics paid off, and Lender's sold to Kraft in 1984—it was a marketing marriage made in heaven, as Kraft also owned Philadelphia cream cheese. At some point during the Kraft takeover, the New York City skyline was added to the packaging, and the Lender's New York City lie lives on to this day. 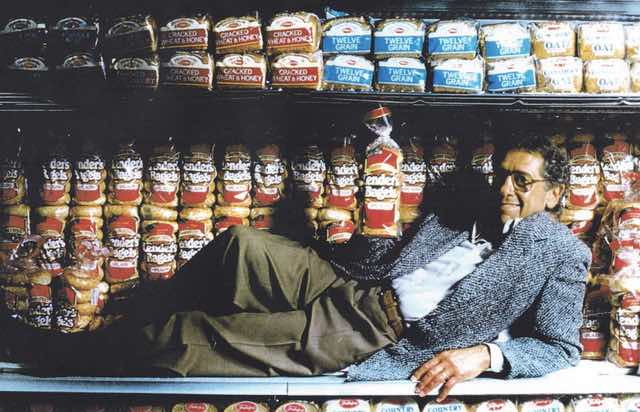 While bagel preferences may differ, we can all agree that a frozen bagel is not the platonic ideal. And as for whether or not a person in the 5 boroughs should ever reach for a Lender's, we Asked A Native New Yorker, Jake Dobkin, who says, "Only when the alternative is starvation."

The frozen bagel has been stigmatized—recently I was at a press conference, and when I dared voice my opinion that Absolute bagels from the Upper West Side weren't THAT good, I was met quickly with: "Yeah, I bet you like Lender's bagels." This was not meant as a compliment. So even if you are literally starving, eat that Lender's in a private, safe space, and never speak of it again.

#a brief history
#bagels
#lender's
#lender's bagels
#original
Do you know the scoop? Comment below or Send us a Tip