A Big Barbecue Bash Blows Into Brooklyn Flea This Weekend

It's usually Smorgasburg doing the heavy lifting in the food department, but sister operation Brooklyn Flea offers some destination-worthy dining of its own with events like their annual Ice Cream Bonanza. Now they're gearing up for a BBQ Weekend dedicated to all things meaty—and a few non-meats, too. This Saturday at the Fort Greene Flea and Sunday at the DUMBO Flea, eight barbecue purveyors will be slinging 'cue amidst the vintage collectibles, offering an around-the-country array of delectable smoked foods.

Names like Mighty Quinn's, Lonestar Empire and Kimchi Smoke are familiar to Smorg regulars, as is Monk's Meats, the rising vegan barbecue outlet, and Chickpea & Olive, the vegan sandwich makers who are rocking the jackfruit in place of animal protein. 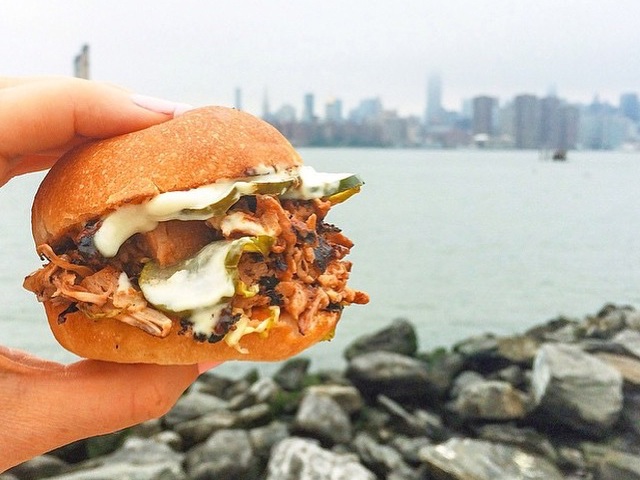 Brisket specialists Delaney Barbecue will also be making an appearance at the event and they'll even be offering a hickory smoked seitan, in keeping up with the vegan trend. Crown Heights newcomer Urban Smoke will also be on hand, serving smoked chicken thighs and pimento cheese, as will Bed-Stuy's Beast of Bourbon.

#barbecue
#bbq
#brooklyn flea
#original
Do you know the scoop? Comment below or Send us a Tip