Just because it’s not 1963 doesn’t mean you can’t exercise your Don Draper drinking powers. We’ve come to think of alcohol as the ultimate companion. If you think about it, it’s always there when you’re having a good time. It eliminates all awkwardness at boring parties and makes us feel like we can conquer the world (aka climbing things or making a move at someone we wouldn’t necessarily have the guts to do otherwise). Liquid Courage, they call it. But unlike 1963, the drinking game has changed considerably in 2015. We’re talking Tipsy Thursdays, craft beer crawls, pirate-themed drinking parties. You name it, we got it. YPlan is about to make booze your best friend all over again. 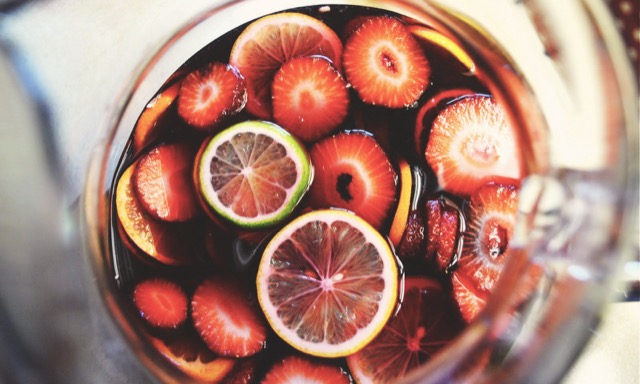 SPANISH-STYLE BRUNCH: 2 FOR 1
Tuck in to the true taste of Barcelona at El Born. The Catalan restaurant serves a bottomless brunch that's as authentic as it is appetizing. You get to pick any two entrees from the full brunch menu plus unlimited sangria, spicy gazpacho mixed drinks, and vodka-infused Aigua de Valencia cocktails. The best meal of the day is the one that runs all day. You'll have 90 minutes to savor every morsel and sip.

This mouthwatering 2-for-1 deal with YPlan runs from July 18th from 12-4pm at Greenpoint’s El Born; $39 [1 entree each and unlimited cocktails for 90 minutes]. 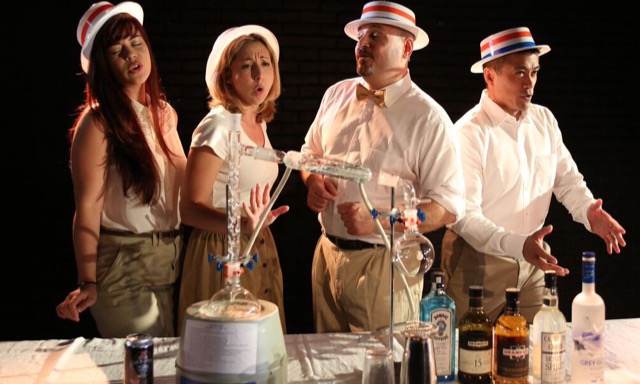 PIRATES-N-RUM EXPERIENCE ON THE HIGH SEAS
All aboard the booze cruise, destination: off-Broadway (quite literally). Leave the landlubbers behind as you sail the high seas, singing shanties and quaffing rum cocktails on the private pirate deck. Renowned mixologist Anthony Caporale will recount the swashbuckling history of rum before the cast of The Imbible present a 30-minute musical spectacular. Throw in three craft cocktails, fruit and cheese platter, and exclusive access to the Pirate Deck and bar and you'll leave saying "Yo ho ho and a whole lotta rum." 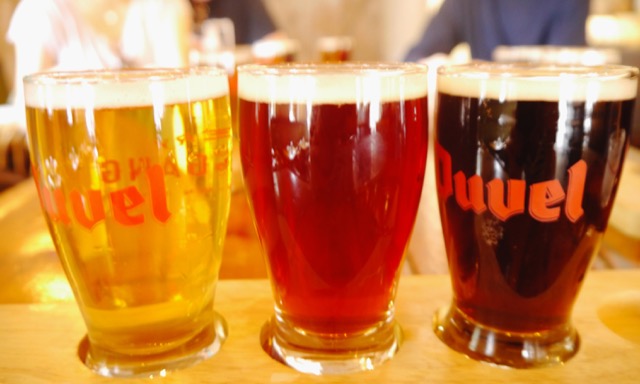 CRAFT BEER CRAWL
If there's one thing that goes well with craft beer, it's more craft beer. Williamsburg is Brooklyn's craft brewing heartland and this bar crawl will treat you to the best in class. During the tour you'll visit four bars, with drinks and lunch along the way. Learn, taste, and reinforce your love for the wonder that is craft beer.

Get sippin’ with YPlan starting 12pm on July 18th at Williamsburg’s Barcade; $70 [lunch and drinks included]. 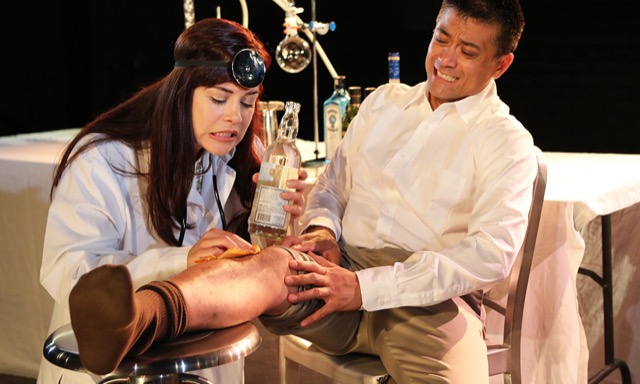 IMBIBLE + THREE DRINKS
Set in the the New York speakeasy used as the meeting ground for the infamous Tammany Society, Imbible takes us on a 10,000-year journey through the history of alcohol. Accompanied by The Backwaiters acapella group, you'll listen, laugh, and enjoy a lesson on the history and science behind alcoholic beverages and its impact on our culture - both economically and politically. And did we mention your ticket includes three craft cocktails to sip on during the show? How can you say no to that.

Start your boozecation with YPlan plus three free drinks beginning July 20th, 8pm at SoHo Playhouse; from $25 [show and 3 cocktails]. 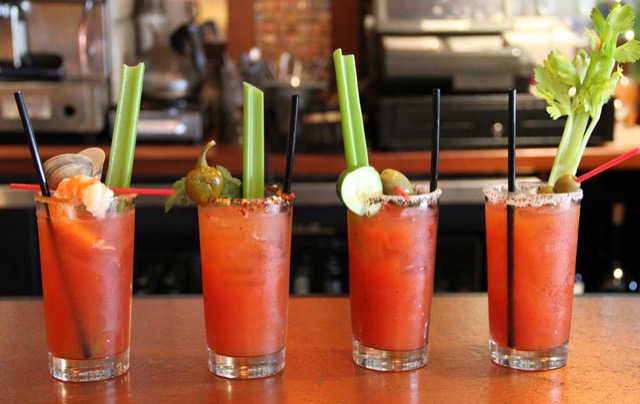 NY ADVENTURE CLUB FASHION: FITTING 101 + BLOODY MARYS AT AMÉ AMÉ
Fix up your fashion and refine your style with a little help from Amé Amé. The chic boutique is the setting for New York Adventure Club's latest foray as they venture off in search of fashion tips. There'll also be room for a Bloody Mary brunch plus a fitting tutorial in between socializing with your fellow fashionistas.

Taste fashion’s favorite drink of choice alongside YPlan on July 18th at 11am in the Flatiron District; $35 [cocktails included]. 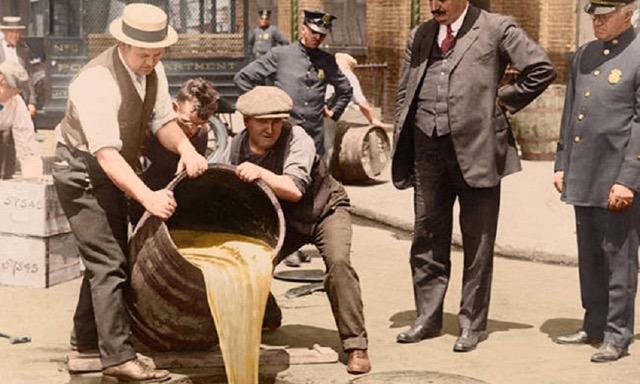 EAST VILLAGE SPEAKEASY TOUR
A boozeless New York City must have been a difficult time for hearty drinkers but that doesn't mean there wasn't fun being had. This tour will guide you through the historical developments that lead to the prohibition while you explore some of the East Village's best speakeasies, secret taverns, and alleys. Sip your way into the '20s and '30s.

YPlan goes back in time starting July 17th at 5:45pm near Tompkins Square Park; $18 [tickets do not include cocktails]. 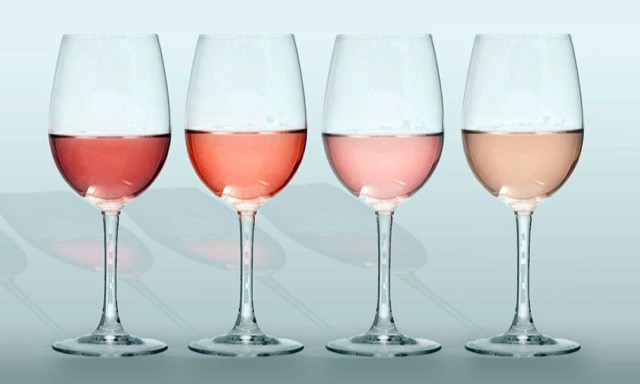 ROSÉ WINE TOUR SPONSORED BY WHISPERING ANGEL
If rosé is your tipple of choice, this bar crawl has your name all over it. The Whispering Angel-sponsored event will see you visit two of New York's finest rooftop bars for a tasting session featuring four distinctive rosés. The views are great and the wine is even better.

Go to new heights with YPlan July 23rd at 6:30pm at the Hyatt Herald Square rooftop; $50 [includes 4 glasses of wine]. 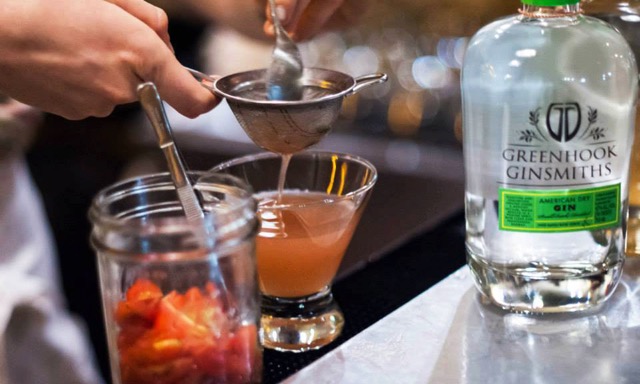 GREENHOOK GINSMITHS DISTILLERY TOUR + GIN TASTING
What does Brooklyn know about gin-making? As it turns out, quite a lot. Greenhook Ginsmiths are purveyors of the finest plum-infused gin. Don't just take our word for it though. Taste it with your own lips and tap into their secrets on a tour of the boutique brewery. Their gin is great in cocktails or can be knocked back with a dash of tonic. How would you like yours?