What we lack in spectacular foliage we more than make up for in proximity to and volume of wonderful cocktail bars offering up seasonal drinks to fill the Maple Leaf-sized hole in your fall-loving heart. These festive cocktails lean heavily on the season's bounty—the apple—with lots of maple, cinnamon and brown liquor to boot. Just try not to get swept up in the season after a few of these robust beverages.

Midtown's iconic 21 Club created the dramatic Fatal Mistakes ($15) as one of their seasonal offerings for the fall. The potent cocktail combines Canadian Club blended whisky with Applejack Brandy, also called "Jersey Lightning" and created by one of the oldest distilleries in the U.S.A. Maraschino Liquor, dry vermouth and Fee Brothers Bitters finish out the drink, which is shaken over ice and served in a delicate Coupe glass. 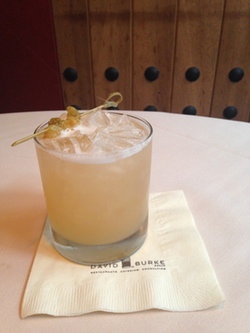 The Crazy Nastyass mammal of the same name don't care, but you'd do well to care about the Honey Badger cocktail ($14) at David Burke Townhouse. Spring 44 Honey Vodka gets backed by a cinnamon raisin honey syrup and lemon juice, a sweet and tart combo that's as refreshing as it is potent. The drink gets finished with plump rye-soaked raisins and a few twists of freshly cracked black pepper.

To imbibe Italian style, head over to Williamsburg's Antica Pesa for a seasonal hat tip to the Big Apple. The Grande Mela ($15) has lots of common fall flavors like cinnamon and apple, all bound together with a generous glug of Courvoisier C. Cinnamon-infused simple syrup and a spoonful of apple butter enhance the cognac's natural sweetness while a squeeze of fresh lime juice and two different types of bitters add zing and depth to the hearty drink.

It's not all about swanky cocktail dens when it comes time to get your drink on and mini-burger eatery SLIDE aims to prove that. They're offering a Golden Apple creation ($13) at their Greenwich Village restaurant, which uses popular apple-flavored Calvados combined with Liquor Strega—an aromatic and herbal Italian liquer—that gives the drink a lovely yellow glow. Bartenders also add lemon and yellow chartreuse in keeping with the titular color and finish it off with apple's best friend: the cinnamon stick. 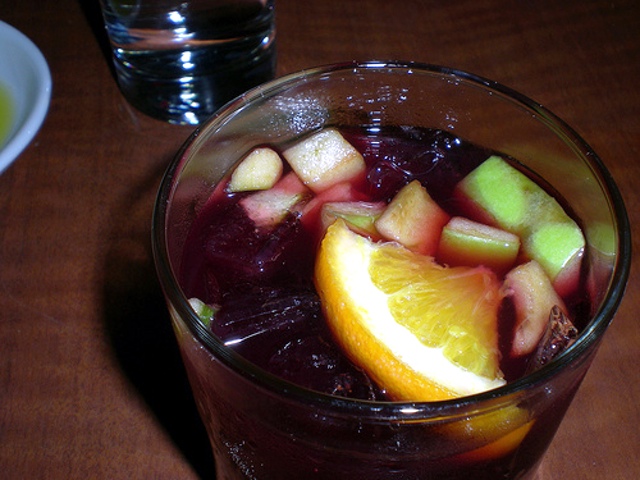 Take in a jazz show at Dizzy's Club Coca Cola at Lincoln Center and order the Cabernet Spiced Sangria ($12): a riff on the summertime classic with some autumnal spices to bridge the gap between seasons. Full-bodied Cabernet wine gets infused with brandy and triple sec plus a "spiced brown sugar simple syrup," with brown sugar, cloves, cinnamon nutmeg and cardamom. A whole heap of sliced fruit—apples, oranges, grapes and strawberries—gets added in and left to soak for 24-hours, created some very boozy bites to munch on in between sips. 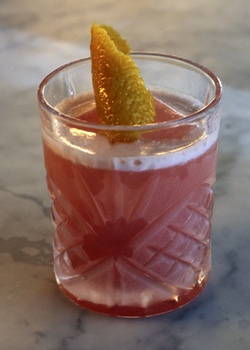 "After the Funeral" at Black Hound Bar & Lounge

Battery Park City's Black Hound Bar & Lounge makes a point of putting a literary spin on their cocktail program and this season they're tipping the hat to Welsh poet Dylan Thomas. The After the Funeral—named for the elegy Thomas wrote for his aunt—uses rye whiskey and herbal Campari as a base, adding in citrus notes from lemon juice and grapefruit and warm spice flavor from ginger and cinnamon bark syrup. Given Thomas' proclivity for alcohol, its likely the late poet would have enjoyed this nod in his direction.

French aperitif Bonal was nicknamed "ouvre l'appetit," the key to the appetite; it's also the key to more drinking, especially when combined with Bulleit bourbon, as it is at Corkbuzz Wine Studio. The Dark Side also uses Italian aperitif Aperol and Angostura bitters for an extra herbal kick plus a dash of salt to open up all the flavors. If you like complex flavors and aren't into overly sweet cocktails, this drink's for you.

West Village's Piora captures our obsession with colorful foliage with the Leaves Falling ($14), an apple and maple cocktail that full embraces all of fall's flavors. Calvados and Plymouth gin are inhanced with maple syrup, tea, lemon and apple wedges for an immersive and festive seasonal drink. It's even got that beautiful, red-orange hue so closely tied to the season. After drinking a few of these you might just find yourself jumping in a leaf pile or two—just beware of slugs. 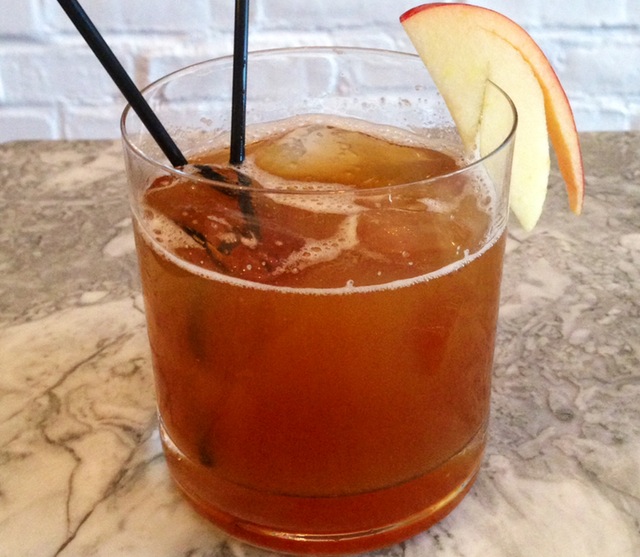