8 Refreshing Cocktails To Imbibe This Summer

Refreshing summer cocktails are flourishing at bars and restaurants all over town, with a wide variety of colorful concoctions featuring fresh, fruit-forward flavors that make for some deceptively potent potables. Below, our best recommendations for drinking your way straight through to September. 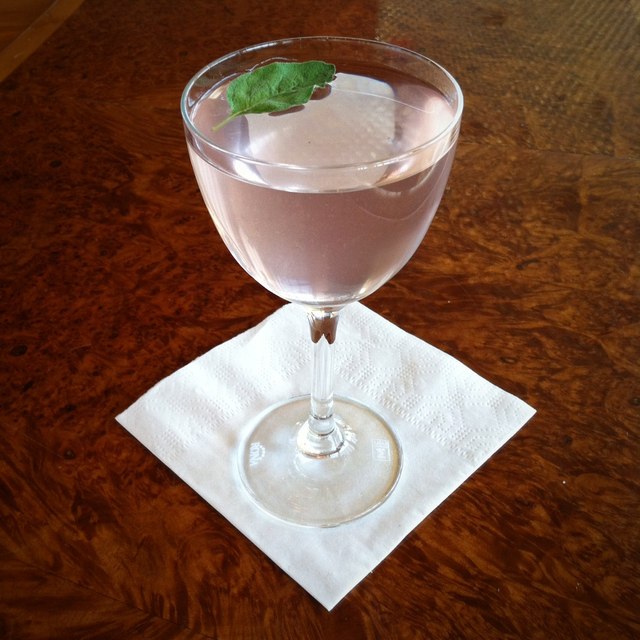 The Secret Garden (courtesy Top of the Standard)

The spectacular views from the Top of the Standard aren't to be missed, and neither is their Secret Garden ($20), a twist on the classic martini that even James Bond would approve of. Creator Gates Otsuji tells us his creation is "the cleanest dirty martini I can offer," a gin, vermouth and olive cocktail that's infinitely more refined than the salt-loaded versions on offer elsewhere. Otsuji infuses Dolin Dry vermouth with Kalamata olives and oregano, then shakes it with Tanqueray Malacca, a more citrusy version of the spirit than its juniper-centric brother. Besides ice, the shaker also contains more oregano and fresh tarragon for a more herbaceous flavor. 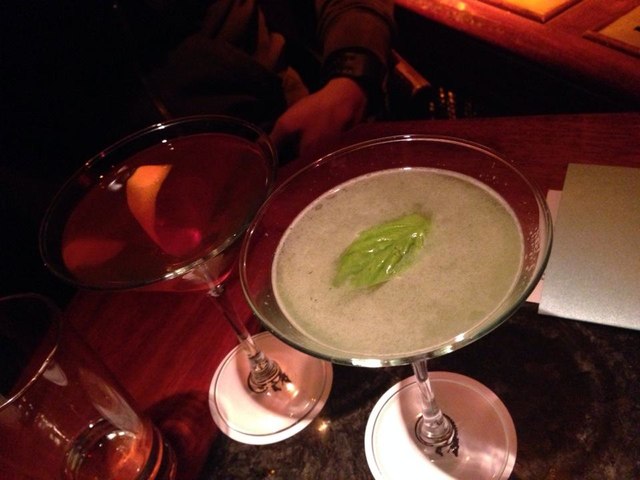 No lime shortage can stop the Basil Gimlet ($12) at NoHo's Temple Bar, which boasts a subtly retro vibe befitting its menu of throwback cocktails with a twist. A classic gimlet, traditionally heavy on the lime, gets muddled with fresh basil leaves, imparting a fresh, minty flavor to the Bulldog gin base. It's the ideal antidote to too much sun following a day spent on the beach. 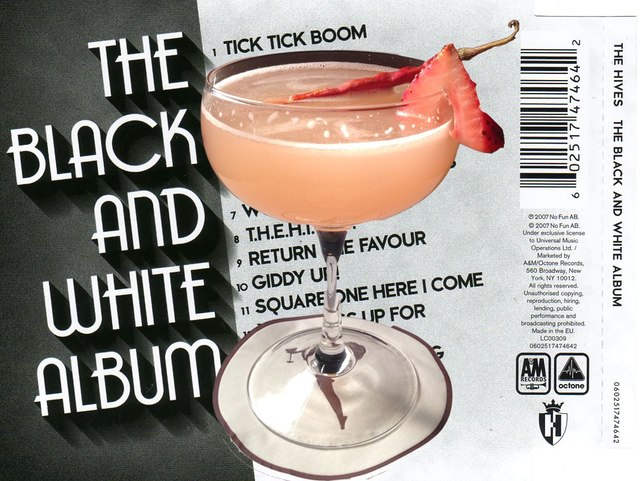 The appropriately named Tick Tick BOOM ($13) at Flatiron Lounge gets its kick not only from a healthy shot of silver tequila but also from the addition of jalapeno into the mix. It's not all bite, however, as honey and strawberry are also part of the recipe, turning the drink a pleasing shade of pink. A finishing squeeze of lime perks up the beverage even further, adding some brightness to offset the syrupy sweetness of the honey. 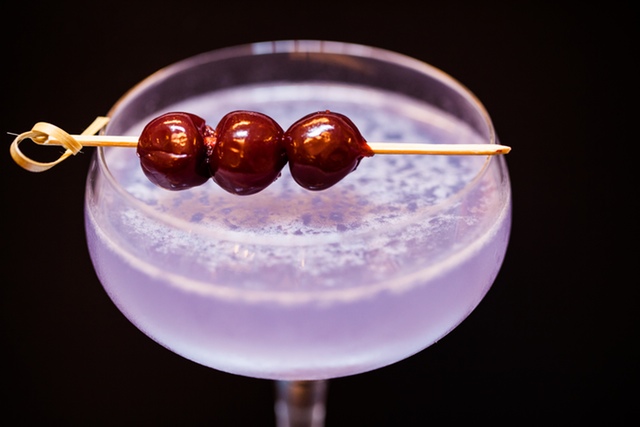 The Aviation (courtesy of Kingside)

Don't be startled by its blue hue; the Aviation isn't a fruity cocktail from your nightmares, but rather a delightfully retro glass of gin, creme de violette and lemon that's as lovely to sip on as it is to gaze upon. Marc Murphy's newish Midtown eatery Kingside has a version ($16) they're making with Bombay Sapphire gin, garnished with bourbon-soaked cherries. Over in Brooklyn, try the off-menu version at Jack the Horse, whose skilled staff can shake you up a violet beauty whenever the mood strikes. 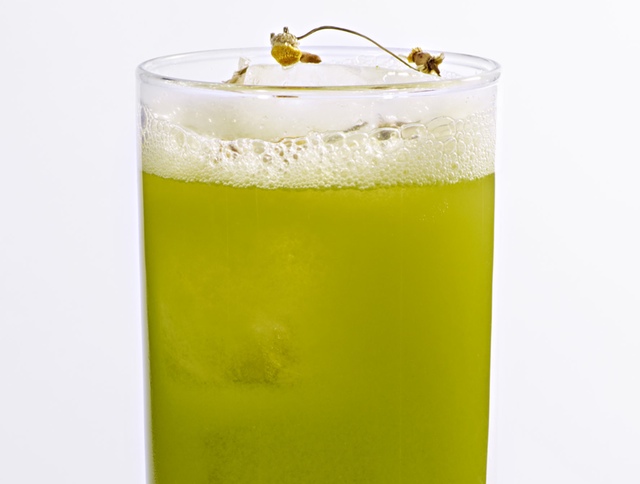 The quickest way to get over your childish distaste for peas is pureeing the pesky legumes and pumping them full of alcohol. At least, that's what Rouge Tomate thinks, as evidenced by the Spring Pea Mojito ($14), a totally bonkers version of the classic cocktail that includes not just spring peas but also house-made lavender-infused rum, biodynamic elderflower syrup, lime and yuzu. Suffice to say these peas aren't the mushy sludge your grandmother subjected to you at dinnertime; these verdant pods are actually on the sweet side, which should pair well with the tartness of the lime and yuzu. 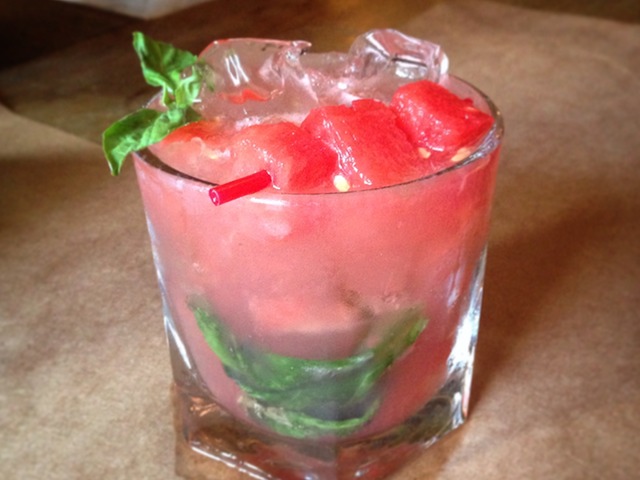 Get groovy with Sweetwater Restaurant’sTito Jackson ($12), a fruity and refreshing libation that's back for a second summer at the Williamsburg bistro. The drink has two namesakes: under-appreciated Jackson 5 member Tito Jackson, and the Tito’s Vodka that’s shaken with muddled chunks of juicy watermelon, fresh basil leaves, honey and lemon. Easy as ABC, 123. (Shayla Love) 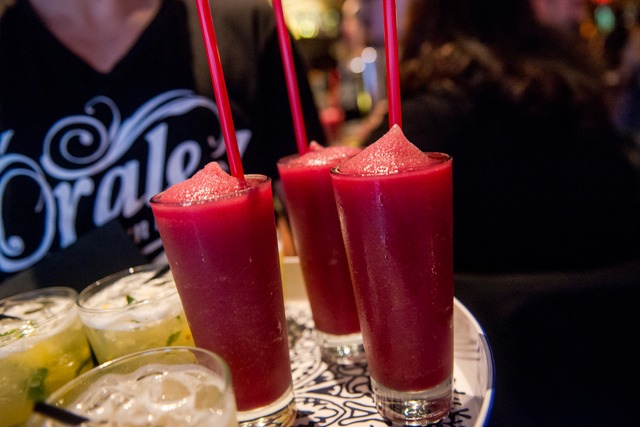 Sangria and margaritas: the staples of summertime "cocktails." Every vaguely Latin American establishment offers their own take on the two and Orale Mexican Kitchen on the UWS is no exception. But they're taking it to another level by combining the two in one glass with their Sangria Slushies ($8). Wine before liquor blah blah blah just look at those beautiful, refreshing glasses of boozy ice. We're not saying you won't have a bit of a brain freeze/sugar high/hangover, but that if you get them it'll be well worth the pain. 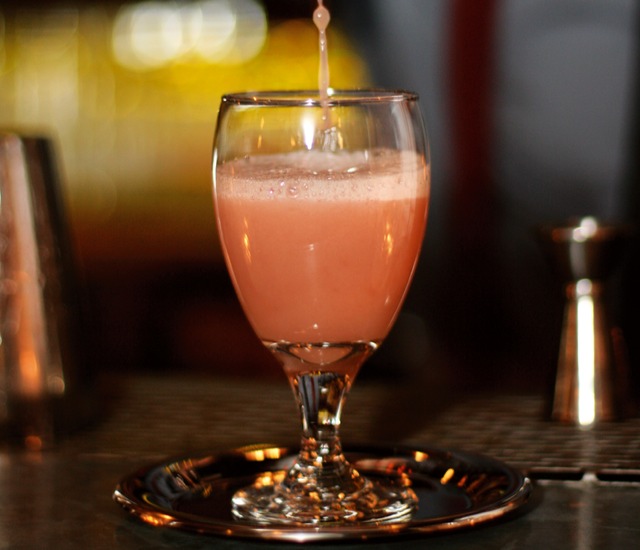 The Jasmine at Raines Law Room

For a simple yet elegant summer option unsullied with lots of fillers (read: it's strong), try The Jasmine ($13) at Raines Law Room in Flatiron. With the exception of some fresh lemon juice, this bad boy boasts a pure liquor lineup including Beefeater 24 gin, Cointreau and Campari. All three spirits have unique, herbaceous notes that mingle together in a pleasingly bitter fashion with an undercurrent of orange and other citrus flavors. It may be pink, but this cocktail is anything but frilly.