8 NYC-Based Cocktails Enhanced By The Powers Of Grapefruit

Citrus juices, zests and tinctures are longstanding partners with alcohol, to which they add brightness, sweetness, and, sometimes, just the right amount of tart. Enter the grapefruit, the juicy gem oft relegated to the breakfast table, where it's consumed for its supposed weight loss properties—or so many diet gurus would lead you to believe.

Instead today we're focusing on how grapefruit makes your cocktails better, with a few places employing the versatile citrus fruit to great affect.

Seoul Paloma at Oiji The paloma is the margarita for people who don't like margaritas, employing the agave spirit and pairing it with some version of grapefruit soda and lime. At this gourmet Korean comfort food spot, tequila is combined with cold-pressed grapefruit syrup and lime juice, spicy and bitter China-China liqueur, and a topper of Makgeoli, a sweet Korean alcohol. 119 1st Avenue, (646) 767-9050; website 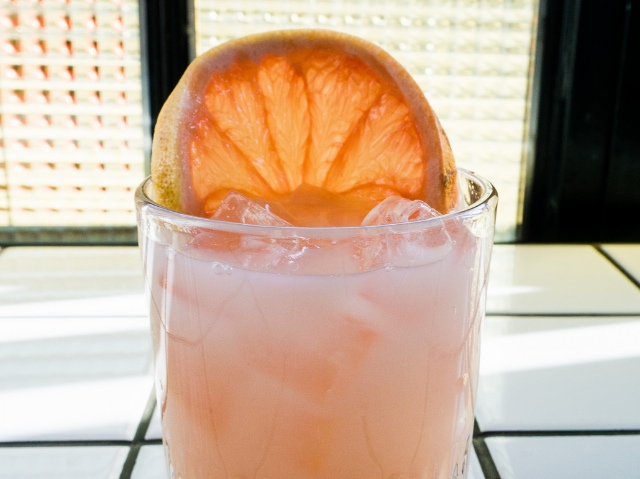 Grapefruit Arak at 12 Chairs Arak Askalon, an anise-flavored spirit similar to Sambuca or ouzo, is a common liqueur found in the Middle East, where it's typically mixed with fresh grapefruit juice. At the two 12 Chairs branches, which blend the cuisines of the Middle East and Eastern Europe, you'll find a Grapefruit Arak cocktail, in addition to a "chaser" version, a typical Israeli presentation that's similar to a shot. 342 Wythe Avenue in South Williamsburg, (347) 227-7077; website

High King Highball at Pouring Ribbons This one's for when you want the grapefruit in a supporting role, not in the starring role. Because of the herbaceous, bitter players on hand, this won't be for the LIIT-loving set, either. Aperol, Peychauds bitters and a touch of sugar are muddle with raspberries, then combined with Clontarf 1014 whiskey, lemon and grapefruit juices and soda water. Prepare for some pucker. 225 Avenue B, (917) 656-6788; website 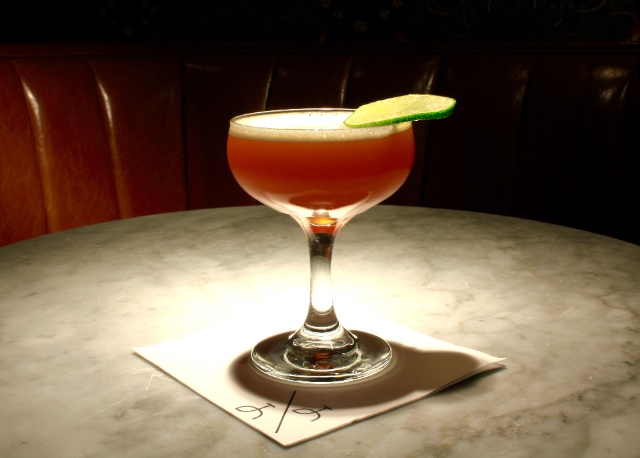 Papa's Magical Services (courtesy The Up & Up)

Papa's Magical Services at The Up & Up Grapefruit doesn't only play well with similarly zesty components, as proved by the offering at this subterranean hideaway on MacDougal Street. Santa Teresa 1979 Solera Rum, a unique aged rum, comes with grapefruit and lime juices, for punch. To that, a chicory coffee tincture and caramel-esque demerara sugar. 116 Macdougal Street, Phone number (212) 260-3000; website 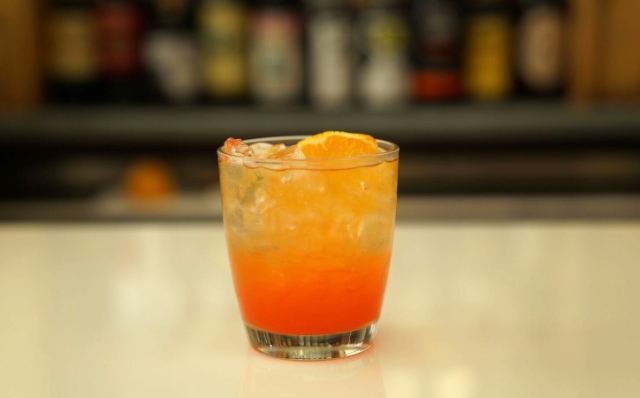 Spritz Della Casa at LaRina Pastificio & Vino Brace your taste buds for more Aperol in this riff on the Venetian classic cocktail. Typically made with prosecco, the version here is made with a natural wine from Emilia Romagna, Frizzante sui Lieviti, and a fresh grapefruit-tarragon cordial. Sip one on the swing. 387 Myrtle Avenue, (718) 852-0001; website

Italian Julep at Casa Apicii Cynar, the bitter Italian liqueur, has a distinctive red bottle that pours a distinctive redish brown liquid. The botanicals are sharpened in this simple yet refreshing drink, which employs lemon and grapefruit juices and fresh mint, hence the julep classification. 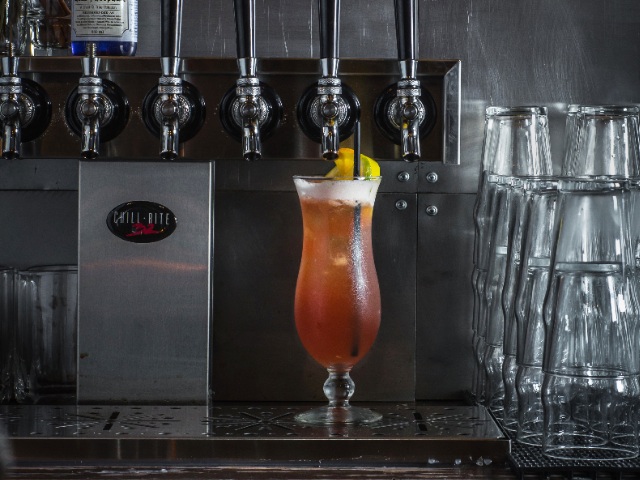 Zombie at Boilermaker You can never go wrong with a classic, like the rum punch Zombie with three different types of the sugarcane spirit. Barbados Rum, Jamaican Rum, and the alarmingly strong 151 are fortified with fresh lime and grapefruit juices to channel the tropical climates. Warming Falernum, grenadine and cinnamon persimmons are thrown into the mix along with bitters and...absinthe. 13 First Avenue, (212) 995-5400; website

Mallorca at Salinas In between bites of exemplary Spanish food, sip on this offering dedicated to the islands of Spain. Alacran Blanco Tequila and orgeat, an almond flavoring, are combined with grapefruit, lemon and lime juices, flavors reminiscent of the types of trees you might find bearing fruit in the area. The cocktail, served up, is finished with a garam masala spice rim. 136 9th Avenue, (212) 776-1990; website