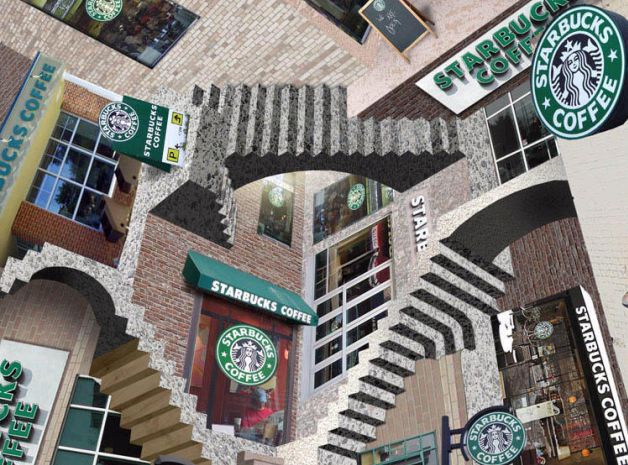 Sorry Reverend Billy, it’s only for three hours. For those of you who haven’t heard, all 7,100 “standalone” Starbucks in the United States will close for 180 tense, irritable minutes, starting at 5:30pm on February 26th. (That’s a Tuesday.) Now don’t let panic take over – this has nothing to do with Starbucks' "sinister Phase Two" of operations; it’s planned to facilitate the retraining of their 135,000-strong army.

Come 8:30pm, this newly seasoned battalion of baristas will triumphantly march forth into a different era of corporate coffee domination. The company insists the training is all about their “new standards for how we create the drinks.” Baristas will be “trained in creating the perfect shot, steaming the milk, and all the pieces that come together in a drink.” But that doesn't mean a move to manual espresso machines, a company spokesperson told the Seattle Times.

So prepare: 02/26/08! Though there’s no substitute for the potent kick of Starbucks' signature burned beans, it would behoove you to scout out alternative coffee sources to get you through those dark hours. Besides the edgy, independent upstart Dunkin’ Donuts, there are also an increasing number of excellent coffee and espresso cafes in town eager to fill the void. Or just seek out any of the Starbucks locations inside Barnes & Noble; they’ll still be open and will be retraining their cadets throughout the day without disrupting business.

#closing
#coffee
#February 26
#reverend billy
#seattle
#Seattle Times
#starbucks
#training
#united states
Do you know the scoop? Comment below or Send us a Tip
A new Gothamist is coming! We’ve moved comments over to our beta site. Click here to join the conversation and get a preview of our new website.