It's time to briefly pretend to care about horse racing again! This Saturday is the Kentucky Derby, which offers a wholly unnecessary excuse for New Yorkers play dress up and day-drink a ridiculous quantity of Mint Juleps. The swankiest party in recent years has been at Eleven Madison Park, where the Juleps come in pewter cups, Nat Sherman hands out cigars, and your seersucker pants rim at the seams from all the Derby-inspired food long before the bugler in equestrian attire plays "The Call" to start the race. Unfortunately, that decadent bash is already sold out. But here are some more fun Derby parties for your consideration:

MABLE'S SMOKEHOUSE: This Williamsburg meat mecca hosts a down home party for Derby day that includes all the races on the teevee plus some "friendly wagering," if you're ready to part with a few dollar bills. Ice cold mint juleps are just $7, they'll have Louisville eats including Derby Pie and best of all: it's totally free to show up. Festivities kick off at 2 p.m. 44 Berry Street, (718) 218-6655

HARDING'S: With its chic chandeliers and lace tablecloths, this Flatiron restaurant's got some class, so they're encouraging guests at their party to dress it up in their finest Derby duds to watch the ponies. They'll be screening the big moment live on their brick wall while attendees eat fried chicken and hot browns and sip mint juleps and peach old fashioneds. The party kicks off at 3 p.m. and goes through the races until 7 p.m. 32 East 21st Street, call 212) 600-2105 to reserve a table 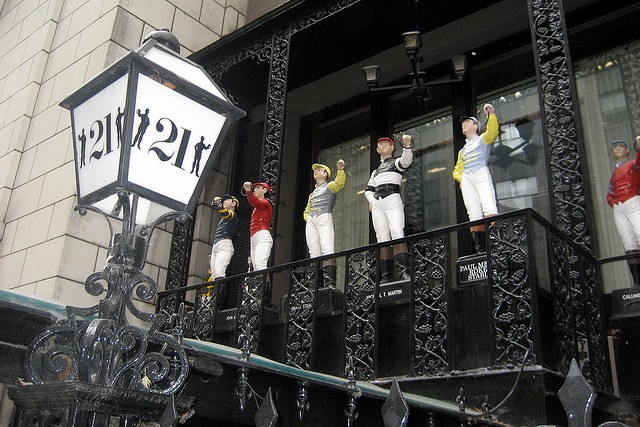 21 CLUB: With a line of mini jockeys lining the facade, iconic restaurant 21 Club already has the Derby theme going on year-round. Each year the restaurant hosts a big party for the race and this year they're throwing down in both their toy-ceilinged Bar Room and their less formal but equally deluxe Bar 21. From 3:30 p.m. to 5:30 p.m. Chef Delpique serves Derby favorites including Mini Hot Browns, Bourbon Ham on Biscuits and Pecan Pie, among other indulgent eats. They'll also be serving a '21' Triple Crown cocktail made with bourbon, rum, sherry mixed with orange, cranberry and mint and a dash of bitters. 21 West 52nd Street; call (212) 582-7200 for reservations

BOUNCE: If amped up sports fans are more your speed, head to this Flatiron temple to TVs for their version of a Derby party, which includes a DJ and costume contest. The best dressed Southern Belles, Genlemen and Jockeys receive a special prize while everyone else enjoys $7 Moscow Mules and Mint Juleps. The shenanigans begin at 3 p.m. with Sobertoflay and end whenever you can pick yourself up off the floor. 55 West 21st Street, (212) 675-8007 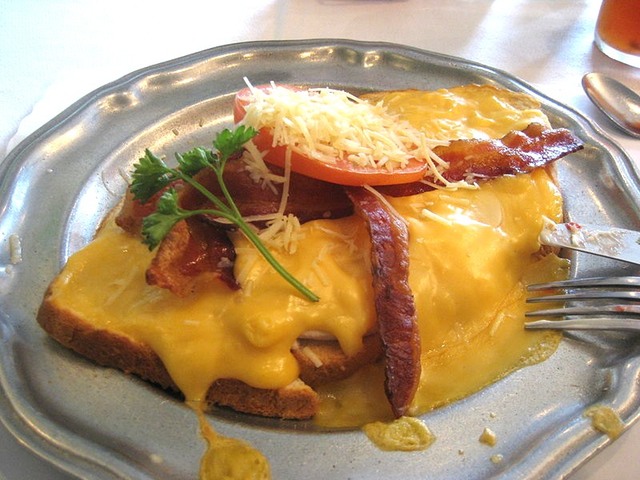 STONE ROSE LOUNGE: This Time Warner Center hotspot boasts lovely views into Columbus Circle and Central Park, which are especially beautiful once the sun goes down. They're "strongly encouraging" guests to dress up, with the added incentive of complimentary glasses of sparking Rose to any lady wearing a Derby-style hat. The festivities begin at noon with a Southern jazz soundtrack for sipping your $21 Julep Flight, which includes traditional, watermelon and ginger-peace flavors. Marc Murphy and Benchmarc are supplying the food, which includes Kentucky Hot Browns ($15), Southern Ham Sliders ($15) and high class eats like Shrimp Cocktail ($14) and Lobster-Truffle Mac & Cheese ($12). Time Warner Center, 4th Floor, (212) 823-9769

SWEETWATER SOCIAL: NoHo newcomer Sweetwater Social are throwing a soiree from 2 p.m. to 7 p.m. on Derby day, which includes themed drinks like Mint Juleps ($12) and Derby Day Punch ($8) plus bourbon flights at 3 for $25. They're also doing a best dressed, with winners crowned for best hat and best attire, plus they're taking bets on the top three horses with special prizes. And if the ponies get boring, you can always wager some funds on your own game of foosball.

THE WINDSOR: With Cinco de Mayo falling on a Monday this year, this West Village spot has decided to ignore the calendar and combine festivities with a Cinco de Derby party on Saturday. Choose between prickly pear, spicy cucumber or mango margaritas ($14) or opt for a traditional Kentucky Julep ($14)—or just alternate, but don't blame us for your hangover. Munchies come in taco form (tempura catfish, chicken, hangar steak or carnitas, $14) plus chips & guac ($9) and mint chocolate chip bourbon shots ($10) for a little bit of sweet. 234 West 4th Street, email reservations@thewindsornyc.com for reservations