7 New Cocktail Bars You Should Be Drinking At

The cocktail craze shows no signs of slowing down anytime soon, if the volume of new mixology spots that opened in the last four months is any indication. While a can of Coors suits for casual drinking, sometimes you just want a thoughtfully blended glass of spirits to give you that special buzz. Below, some new additions to the cocktail scene for just those occasions. 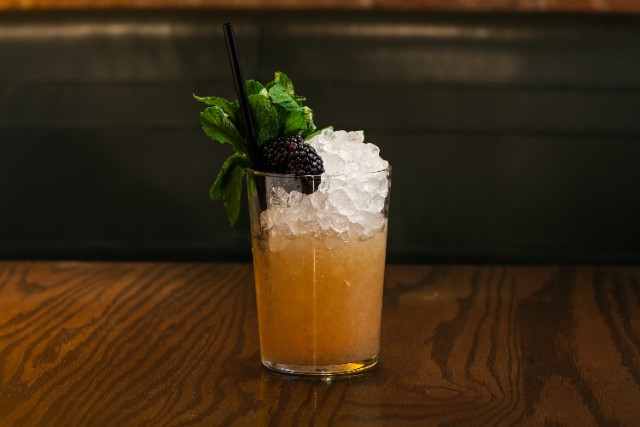 PORCHLIGHT Danny Meyer's "Southern accented" venue marks the first time the prolific restaurateur has dabbled in a standalone bar. That means even more attention to the beverage program, which includes their own versions of traditional cocktails from a Sherry Cobbler ($14) to a New York Sour ($14) with Rittenhouse Rye and a Whiskey & Cola ($14) composed of corn whiskey, Fernet Vallet and a homemade cola. Pair those with Chef Jean-Paul Bourgeois's Louisiana fare, like fried frog's legs and house-smoked jerky, then take a load off on one of the bar's cozy rocking chairs. 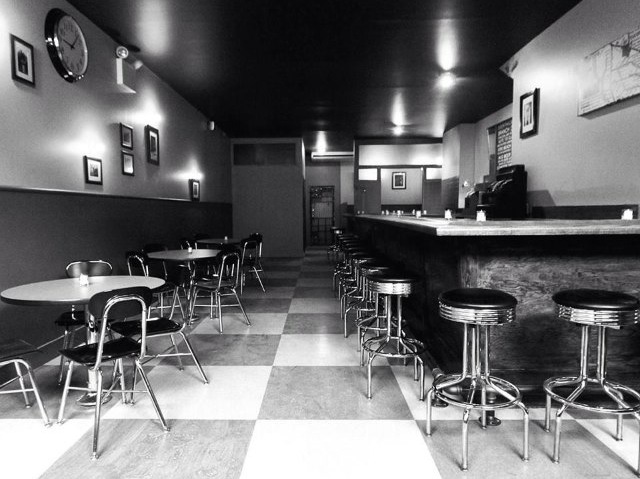 BRANCH OFC If novel-sized cocktail descriptions make your head spin, head to this casual Crown Heights spot, where each of the $11 concoctions boasts fewer than three ingredients. The bar's namesake drink comes with Jameson, lime and bitters, while the Note To Clara mixes Beefeater gin with lemon and cava, sparking Spanish wine. The decor also echoes simpler times, with a 1950s-style vibe including old cash registers and vinyl flooring. 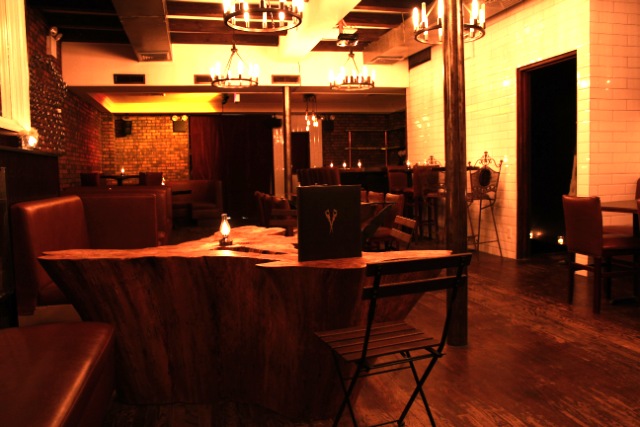 SEAMSTRESS With a Dead Rabbit alum behind the pine, this Upper East Side newcomer's sure to score high in the cocktail department, especially in a neighborhood still fighting a bro'd up reputation. Pamela Wiznitzer fuses Campari, St. George Raspberry, lime, honey and an IPA for the tart Cold in the Shadows ($13) and shakes up Aviation gin, Cynar, lemon, cream, egg whites and root beer for the Wiz Fizz ($13). While you're tippling, have a nosh on some of their food, like the Smoked & Fried Yardbird ($18), which was a bit hit for their opening. 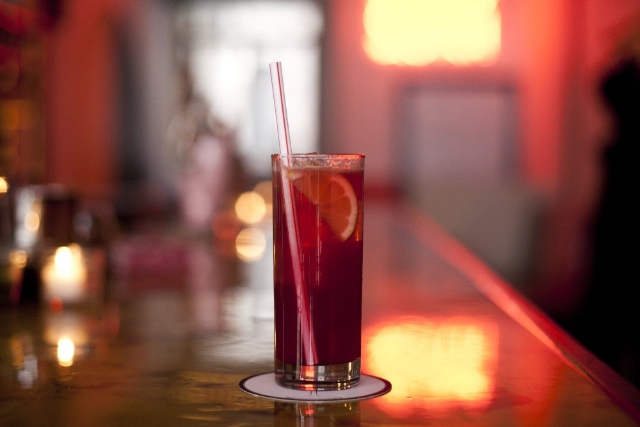 BUTTER & SCOTCH Why choose between dessert and a nightcap when you can enjoy both simultaneously? That's the idea behind this newly opened Crown Heights charmer, where thick slices of Birthday Cake are served alongside gin drinks sweetened with spicy honey. The best part is, everything here is fun, like a Rock & Rye Shake ($12) made with Blue Marble Ice Cream and rye; a White Russian served with a chocolate chip cookie ($10); and their take on a Shot & a Beer, with a Greyhound Jell-Ohhh Shot and a High Life. 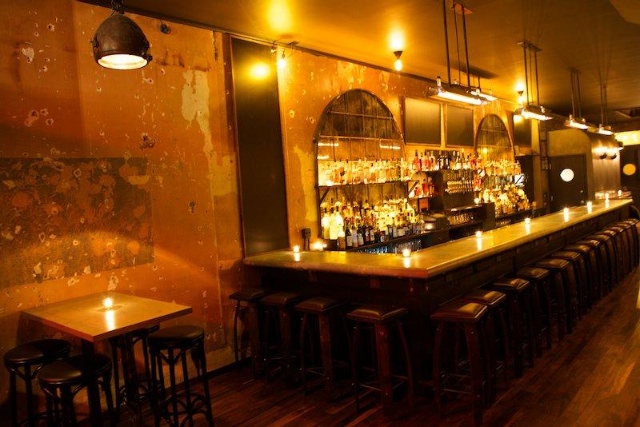 LIVINGSTON MANOR The scrum of Downtown Brooklyn isn't the most likely place for a mixology den, but that's where you'll find this casual bodega-turned-bar. For the highbrow folks there are drinks like the Square Dance (St. Germain, Campari, fresh grapefruit, Prosecco, $11) and Little Italy (Old Overholt, Caprana Antica, Cynar, Angostura and orange bitters, $11). For the rest of us, three different types of Pickle Backs ($9), including a Classic with Powers Irish Whiskey and house-brined dill pickle juice and El Hefe with Espolon Blanco tequila with cold-smoked, house-brined pickle juice. If it's got more than two ingredients that's technically a cocktail, right? 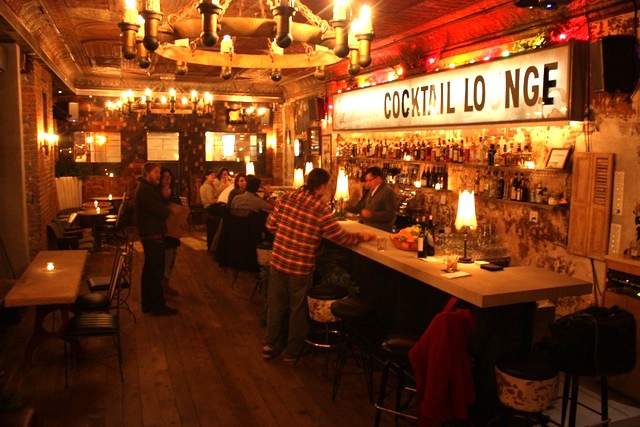 CASABLANCA Though not a cocktail bar strictly speaking, this historic Bed-Stuy bar did bring aboard a Milk & Honey veteran to design their few house cocktails ($11), which include a super spicy Dark & Stormy packed with tons of ginger. Sipping those cocktails inside the beautifully-decorated space—imagine if a Brooklyn spot landed in the Midwest—is an equally great part of the complete package, which also includes vinyl on the speakers and a super friendly staff. 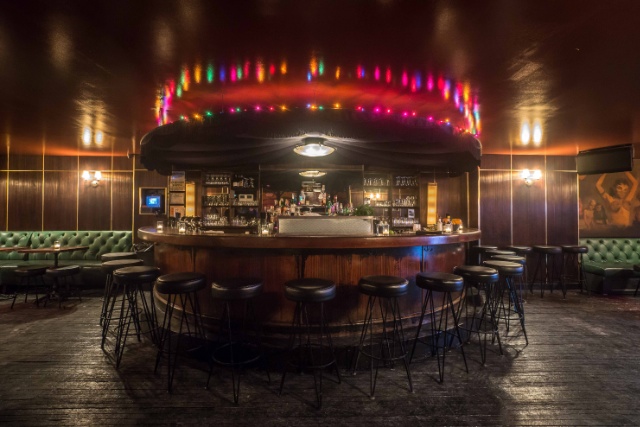 HOLIDAY COCKTAIL LOUNGE Say what you will about the cleaned and spruced up 2.0 version of this longtime East Village dive, but at least it didn't shut down like so many others of its ilk. With a cash infusion from Robert Ehrlich and nightlife names Michael and Danny Neff at the helm, this old gal's just entering her prime, with a brand new cocktail focus to herald her arrival. Choose from over a dozen different spirits mixes or be a guinea pig for drinks that haven't made it to the menu yet, as they'll be doing a lot of tinkering as the months go by.