5 Pumpkin Beers To Try This Fall

We're about to get swept up in "Put Pumpkin In Everything" season and that includes our favorite autumn-themed beverage: pumpkin beer. We've been known to toss back a few gourd-flavored brews when they're in season—cinnamon rim optional—but we asked beer expert Ben Wiley for his opinion about the best pumpkin offerings out there. As the man behind Bar Great Harry, The Owl Farm, Mission Dolores and then just opened Glorietta Baldy, Wiley and his brother Mike definitely know their stuff when it comes to beer. Here are his recommendations for brews to seek out this season, including a very special alternative gourd option.

Carton Pumpkin Cream Imperial, 9% ABV Wiley recommends all the beers from this NJ-based brewery, declaring them "awesome across the board." Their seasonal pumpkin offering has some "orange and ginger flavor" for some extra zing with your gourd. You can find the brew all over NJ but you'll have to commit to a keg from American Beer Distribution Company in Carroll Gardens if you want some in the city. 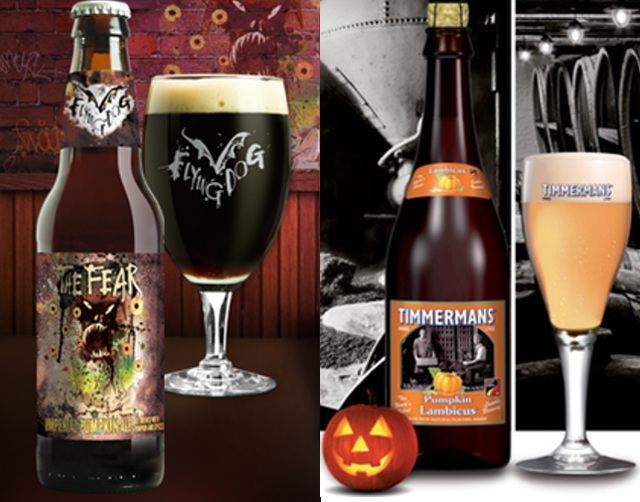 Flying Dog The Fear, 9.0% ABV: "The name! How could you not have this around this time? I’ll be honest, it’s a very straight forward pumpkin ale. But this brewery is awesome for all their beers, and they’re heavily Hunter S. Thompson-influenced so I’m buying. The people behind the beer are awesome, too." It's on the darker side of the pumpkin family with a nice malty flavor. Rattle N Hum, Bed-Stuy Beer Works and lots of other bars and grocery stores are carrying it.

Timmermans Pumpkin Lambicus, 4% ABV: For 300 years Timmermans has brewed lambic-style beers so they're an obvious choice for something as unique as a pumpkin lambic. Wiley points to the "sour, or oddball note" common in this style of beers with the "pumpkin-ness that we're used to." It's a rare combination—and also rare on the shelves—but its worth seeking out if you're looking for something different in the pumpkin beer family.

Weyerbacher Imperial Pumpkin, 8.0% ABV: "These guys have been making hardcore, high ABV beer since before it were cool. They’re from PA which is always a plus since there ain’t much good outta there! It’s got all the standard autumn flavors of cinnamon, all spice, cardamom, nutmeg, etc." Find the brew at Ryan's Irish Pub in the East Village, at Sunswick in Astoria and at Whole Foods in Chelsea, Columbus Circle and East 57th Street. 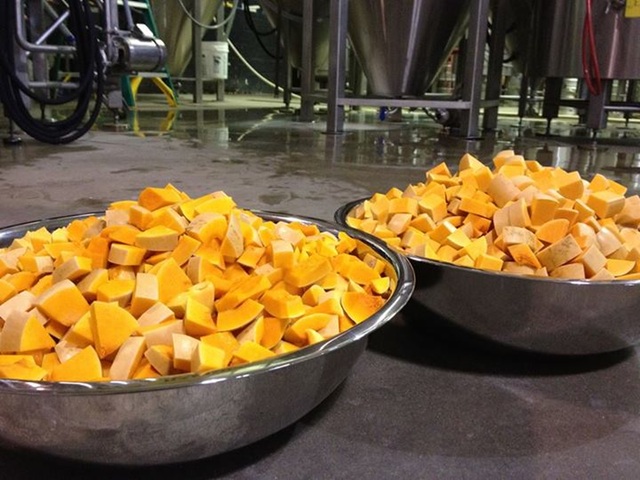 Barrier Brewing Company Saazquash, 7.7% ABV: Bonus butternut squash beer! "Gnarly butternut squash beer brewed with ginger, honey, and Sichuan peppercorns." They use upwards of 50 pounds of fresh butternut squash to make the brew, which turns out a beautiful golden color with lots of spicy flavor and aroma. Pony Bar says they're expecting a shipment of kegs tomorrow so look for it on tap there sometime in the near future. They'll also be pouring it at their brewery, which you can access via the LIRR.