5 Other Hot Sauces To Take You Beyond Sriracha

Let's be honest: we're never going to get over sriracha. Its hold is deep, lasting and fiery, like a passionate affair you just can't walk away from. I'm not suggesting anyone abandon their bottles of Rooster Sauce—especially now that the shortage crisis has passed—but expanding your heat horizon means falling in love with even more types of hot sauce, each with unique applications and ingestion methods.

By no means is the below a complete list, rather a basic primer to a few other notable hot condiments that don't get as much love as hipster ketchup. Glass of milk at the ready—let's dive in. 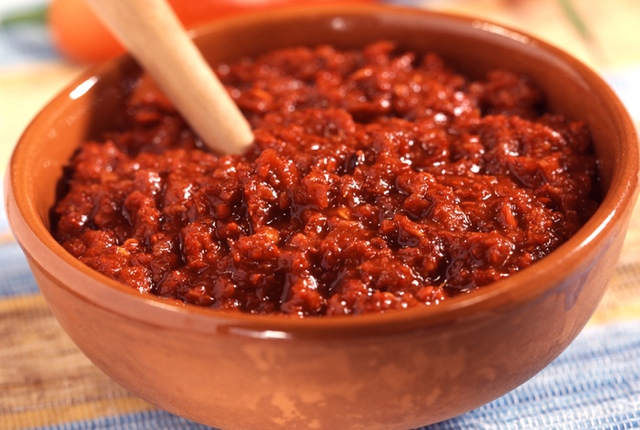 Harissa: A generic term for chili pastes found in parts of North Africa and the Middle East, this smokey and flavorful hot sauce combines roasted peppers with garlic, spices and oil. The bright flavors of cumin and coriander really make this fiery paste stand out, with added kick from garlic, red chili powder—and sometimes paprika—emulsified with olive oil. It's a natural fit with hummus, obviously, as well as roasted meats and eggplants. It's also a great fit with stews like chili or stifado, adding a hint of warmth at the back of your throat. I like the version at Cafe Mogador, which they also sell in jars to take home. 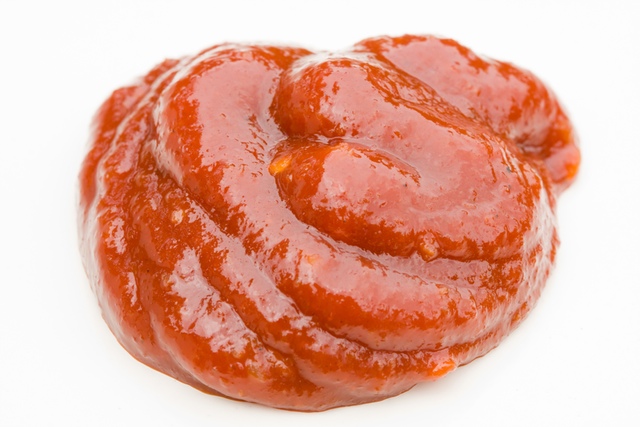 Gochujang: If you're a devotee of Korean Barbecue you've definitely been exposed to this fiery substance, which—like kimchi—gets its funk from fermentation. It doesn't boast the same mouth-searing abilities as some hot sauces, but it more than makes up for that with its rich, complex flavor that reaches a great balance between sweet, salty and spicy. To make the sauce, fermented soybeans are mixed with red chili powder, glutinous rice powder and salt; the mixture then gets aged for several years until it's thick and fragrant. Obviously the sauce calls for slathering on grilled meats like bulgogi or mixed into bibimbap; it's also totally awesome squirted onto burritos in lieu of salsa. Most Asian markets carry a version, often in the refrigerated section; you'll get bowls of it at any Korean restaurant, sometimes in the form of ssamjang, where it's mixed with doenjang for service with lettuce wraps. 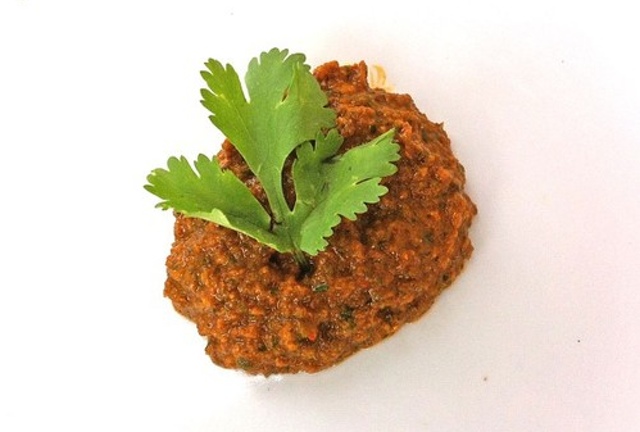 Daata: Visitors to the city's Ethiopian restaurants should be on the lookout for this condiment that hails from the south-central Ethiopian town of Wolaita Sodo. Sam Saverance of vegan pop-up Bunna Cafe shared his recipe with us, which includes cilantro, garlic, ginger, lime, berbere, green chilies and olive oil. Bunna typically uses serranos in their recipe, which they combine with the ubiquitous spice mixture berbere, a blend of spices including fenugreek, basil, garlic, ginger other native plants. At Bunna you can get the mixture in your Misir Wot (red lentils) but heat heads will want to check with their favorite Ethiopian spots so they can spice up meat dishes too. 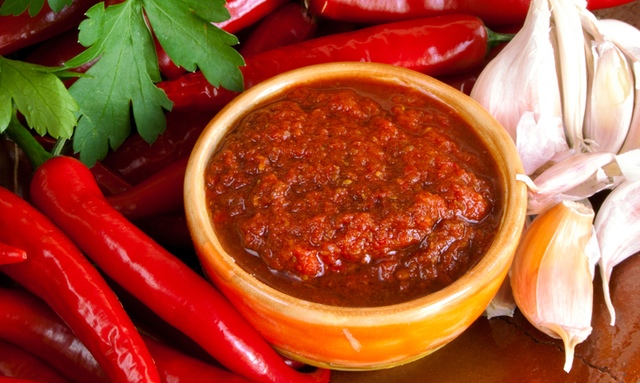 Chili Garlic: The most common version of this Thai sauce is made by the same company as Sriracha, so perhaps this is a bit of a cheat. Still, it's a thicker, more garlicky version of the beloved hot sauce that lends itself to different types of dishes than its popular counterpart. Instead of a smooth, thin texture, the Chili Garlic has visible chunks of pepper in addition to seeds and bits of garlic. This is my go-to sauce to slather on eggs and add to pasta sauce for more heat with my spaghetti. I've also been known to apply spoonfuls to my Friday pizza slices. 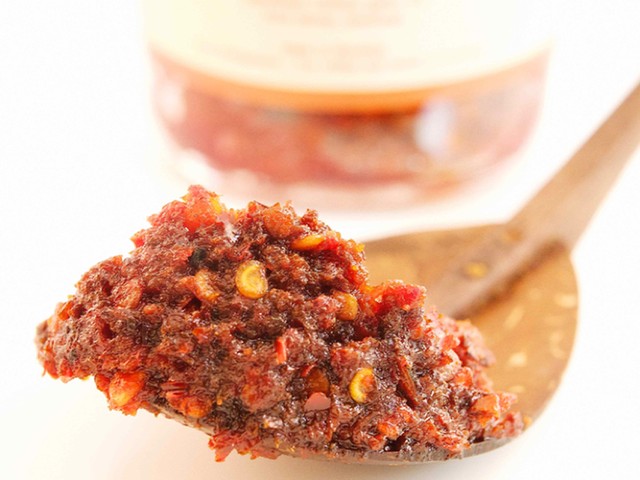 Sambal: The generic term for chili sauces common in Southeast Asia, this fishy condiment is a very close relative of the chili garlic sauce. The chili pepper and garlic base gets a touch of the sea from shrimp paste and fish sauce, both of which add a little bit of gym sock flavor—and I mean that in a good way. Just like the stinkiest of French cheese have delicious flavors, this chili sauce definitely requires a little bit of an adventurous palate. The sauce gets rounded out with additions like ginger, sugar, onion, lime and vinegar, which mellow the heat and add a little bit of sour-sweet edge. With its chunky texture, sambal stands up well to the cooking process, so it can be added to soups, stews and braises without getting lost in other flavors. It's also great spooned over anything you're already adding hot sauce to, like eggs, rice and sandwiches.

Our Malaysian friend Auria Abraham makes a great version; you can also find it at most Indonesian/Malaysian/Sri Lankan restaurants if you ask.

#chili garlic
#harissa
#hot sauce
#sriracha
#original
Do you know the scoop? Comment below or Send us a Tip