New York City's craft brewing scene has never been stronger, boasting breweries throughout the five boroughs plus more out on Long Island and just north of the city limits. On Saturday, the annual Brooklyn Pour tasting event gave us an opportunity to find a new favorite among the dozens of local, national and international breweries in attendance. Below, check out five NYC breweries in their nascence or planning a big expansion in the near future. 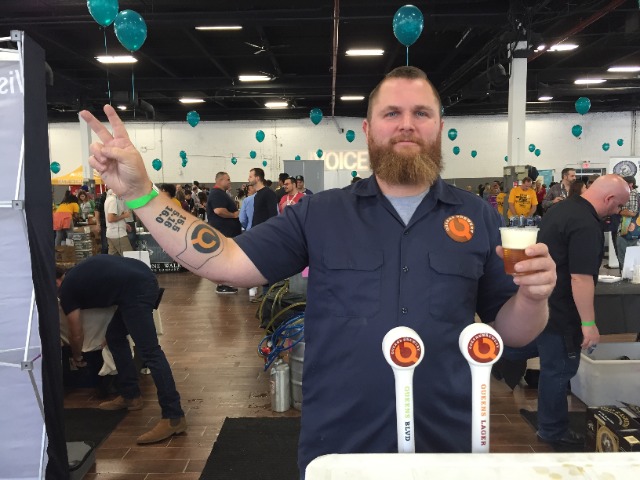 QUEENS BREWERY: Arguably the most well-known on this list, but included because there are big plans in the works for the Ridgewood-originated brewery, including a bi-level brewpub set to open this spring. They were pouring two brews at the event, their Queens Lager and the Queens Blvd, a brand-new offering brewed with rare German hops. It's not like any beer I've tried in recent memory; a drinking partner described it as "effervescent" and "practically evaporating in your mouth." That's not to say it has a flimsy flavor—the pine notes are bold—but the texture of the beer is unique, especially the full head of chewy foam on top. Queens Blvd isn't on local menus just yet, but find their other distinctive Queens Lager on tap at The Roost in Manhattan and at distributor Bed-Stuy Beer Works.

ALPHABET CITY BREWING COMPANY: Not to be confused with Alphabet City Beer Co.—an Avenue C bar that, confusingly, also serves Alphabet City Brewing Company beers—this Manhattan-based team began as a home-brewing operation by two roommates in 2012. Though their brewing operations have since moved upstate for the time being, they're still an NYC company at heart who, like many city brewers, have eyes on running their own brewery in the future. Their beer names are a bit uncomfortable—"Easy" Blonde Ale? Really guys?—the beers themselves are quite delicious. Seek out the "Alpha Male" IPA (eyeroll)—you can get it on tap at Keg No. 229 at the Seaport—for a punch of hops to the face.

BRAVEN BREWING COMPANY: This Bushwick-born brewery served one of my favorite beers of the day, a tough feat considering the sheer volume of brews one could imbibe. Their Black Pale Ale combines many of my favorite things all in one beer: dark, roasted flavors of stout-like beers balanced with a pop of hops and a "low" 5.2% ABV that won't get you hammered after one glass. You can't visit a Bushwick taproom just yet—they're working on it!—but you can find the Black Pale Ale on draft at the Pine Box Rock Shop and in six packs at Hops & Hocks. 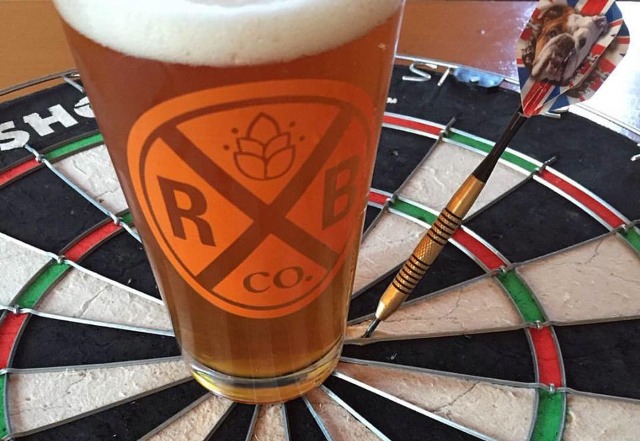 ROCKAWAY BREWING COMPANY: What began as a home brew in Far Rockaway has become a fully-fledged brewery operating out of Long Island City. Another more established brewery, RBC offers nearly a dozen beers at all times at their tap room on 5th Street, plus at bars and restaurants in Brooklyn, Queens and Manhattan. Obviously, the tap room is the best place to try a multitude of their offerings—they also promise a chance to "jam to some reggae," if that sweetens the pot. If they're pouring it, try the BTM Rockaway Best Bitter, or their New York Pharm Ale, a farmhouse saison with a 4.5% ABV and a light, fizzy feel that'll go straight to your head.

WAR FLAG BREWING COMPANY: Though based out of Greenpoint, War Flag employs the gypsy method of brewing, whereby they'll bop around to available breweries who have a spare tank or two for them to brew their Pilsner and Pale Ale. Both beers are light in ABV (5% and 4.8% respectively), making them good session beers. Opt for the Pilsner if you're looking for a floral, herbaceous quality and the Pale Ale if you want subtle hops with notes of citrus. Find the Pilsner at Astoria Bier and Cheese (Ditmars location), Alice's Arbor and Park Slope Ale House; find the Pale Ale at The Ploughman, The Bellows and Uptown Local.

#brooklyn pour
#craft beer
#craft breweries
#craft brewing
#original
Do you know the scoop? Comment below or Send us a Tip