5 New Pizzas You Should Be Eating Right Now

This great city will never be in short supply of places to enjoy cheese-topped dough cooked in an oven, such is New York's obsession with pizza. Each month brings a bounty of new spots vying for pie supremacy; here are a few of our favorites from the latest crop of pizza purveyors. 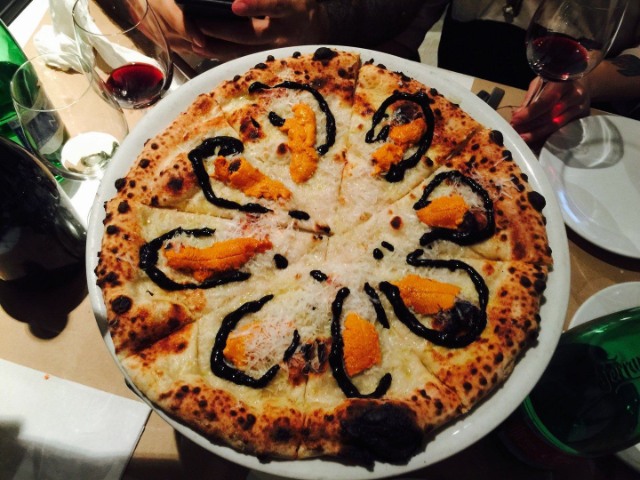 UNICA PIZZA FROM PROVA Food blogs exploded when Prova—the joint venture from Donatella Arpaia, Sushi Nakazawa partner Maurizio de Rosa and Ribalta chef Pasquale Cozzolino—debuted the Unica pizza ($29), a sea-driven pie topped with sea urchin and squid ink. First, there was the cooking method, which involves cooking the dough with ice to prevent it from puffing. After a trip through the fancy oven, Cozzolino artfully arranges the tongues of uni and thick squid's ink into a floral pattern, filling in the holes with mint and lemon zest. It's a salty, funky, briny, bright and altogether unique take on what constitutes pizza. 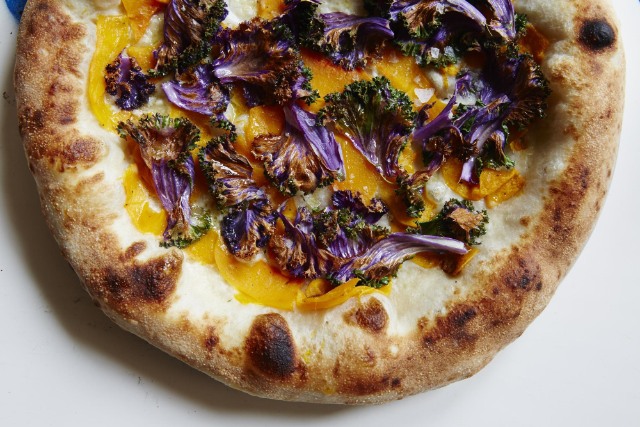 PURPLE KALE & BUTTERNUT SQUASH FROM PIZZA BEACH Despite its somewhat corny name, this UES newcomer has brought the haute pizza movement to a neighborhood scene that desperately needed some pizzazz. And while there's nothing trendy about kale anymore, it still tastes great atop their Purple Kale & Butternut Squash pie ($22)—and those colors are pretty sexy as well. The white pie also comes with mozzarella cheese for additional creaminess—and to offset the vegetable health factor—plus a sprinkling of coarse salt to tie together sweet and bitter elements of the squash and kale. 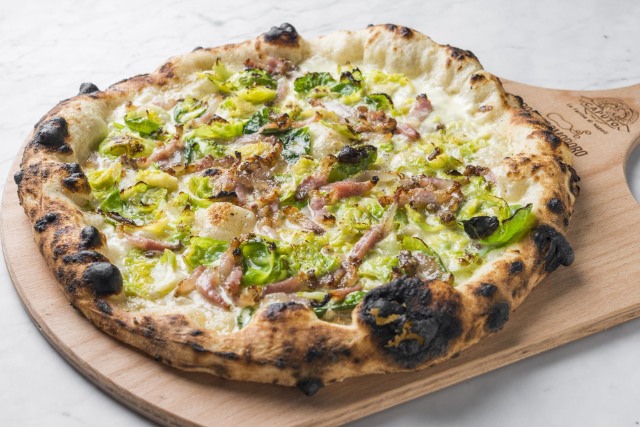 BROCCOLETTA FROM ROSSOPOMODORO As an Eataly spinoff, Rossopomodoro was almost guaranteed to turn out exemplary pies and pastas in a space that doesn't require throwing elbows to get a seat. Of those, their excellent Broccoletta stands out for countering salty, decadent guanciale (pork cheek) with bright green leaves of Brussels sprouts, all held together by creamy, funky creme fraiche. The pillowy dough comes kissed by the wood-burning oven, the outer rim puffed up and ever-so-slightly blistered. Some of the best pizzas we've tried in recent memory. 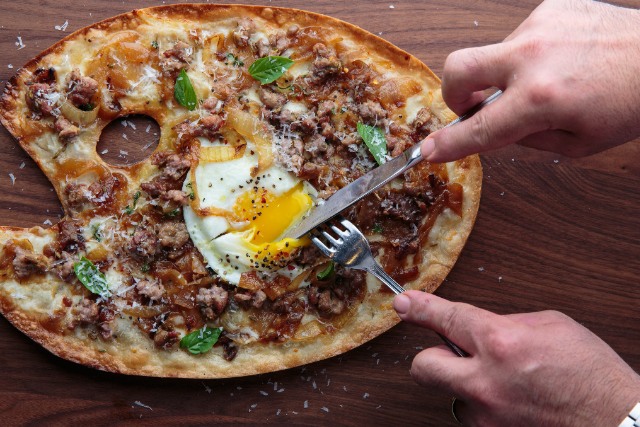 SAUSAGE & CARAMELIZED ONION FROM FLORIAN They say you eat with your eyes first and who wouldn't be charmed by the artist's palate presentation at Park Avenue South's Florian? The restaurant has received early praise for its down-to-earth, reasonably priced Italian fare, including Sausage & Caramelized Onion pizza ($16) with its thin, crunchy crust. The richness of the sausage and sweetness of the onions are further tied together by creamy burrata, which melts into the crust and binds everything together. A touch of acid from the pomodoro sauce—plus an optional fried egg, if you want—and they've got the perfect bite. 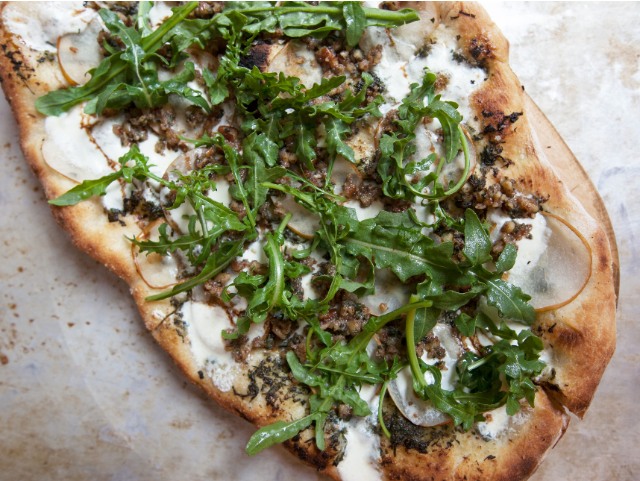 #florian
#pizza
#pizza beach
#prova
#Rossopomodoro
#upland
#original
Do you know the scoop? Comment below or Send us a Tip