5 Food-Focused Events To Eat Your Way Through This Weekend

For the past four years, a large section of Smith Street in Cobble Hill gets shut down to vehicular traffic for the Festivale Des Soupes, which returns to the nabe this Saturday. Dozens of restaurants along the thoroughfare cook up great crocks of delicious shops in veggie, meat and fish/seafood categories and they're all for the sampling. The lineup this year boasts some big names like Dassara Ramen, Seersucker, and even offerings from cheese shop extraordinaire Stinky Bklyn. Judges will be doling out prizes to their favorite soups but the casual soup-lover can indulge in 4 oz. samples for very low prices: $5 buys you five tastings, $10 gets you 12 and series soup addicts (read: families and groups) can get a whopping 25 for just $20. The slurping goes down from 1 p.m. to 4 p.m., with free entry if you just like to watch.

If giant animals roasting over coals sounds more up your alley, check out the Fritanga, an old-fashioned Mexican pig roast put on by the folks at B'klyn Burro. Saturday from 4 p.m. to 8 p.m. they'll be sweating the swine and then serving up the succulent meat along with tacos, salsa and chili brews. A $25 ticket gets you all you can eat chicharrones (fried pork rinds), carnitas (roast pork) and buche (pork sweetbreads) plus the aforementioned grub. The roasting goes down at Williamsburg's Havemeyer Park, the interim community space at the Domino Sugar Refinery site. 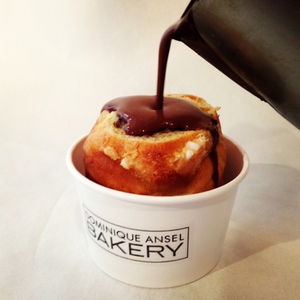 New York Magazine's foodie-focused blog throws their fourth annual Grub Street Food Festival at the LES' Hester Street Fair. They're bringing along some very special guests to the fete, including lauded Cronut creator Dominique Ansel, who serves his "Cocoa Chowder" at a pop up show from 2 p.m. to 4 p.m. Available only at the festival, the creation is a "warm hazelnut brioche bread bowl filled with hot, rich dark chocolate with a choice of toppings from cinnamon marshmallows to fleur de sel." Also on hand, Ducks Eatery's pastrami sandwich, Israeli scotch eggs from Eastwood, veggie delights from Young's New American Kitchen, and 72 other vendors. Oh, and there's also a beer garden. The fun goes down at the Hester Street Fair (Hester & Essex) from 10 a.m. to 5 p.m.; admission is free.

Everyone likes to drink so why not put your drinking dollars towards a good cause at Sunday's Drink Beer and Fight Hunger fundraiser for the Craig Murphey Fellowship. From 7:30 p.m. to 10:30 p.m. the fundraiser takes over the tasting floor at the Brooklyn Brewery, which will be pouring out brews to the philanthropic crowd. Sunday's festivities also crown a winner for the foundation's Hummus Cookoff, and all the attendees get to sample the creamy chickpea creations for themselves. Tickets for the event go for $35, with the option to purchase raffle tickets for some additional fun swag.

Finally, spend a relaxing afternoon at the lovely Queens Botanical Garden at their Harvest Fest & Pumpkin Patch. From 11 a.m. to 6 p.m. the garden hosts a variety of activities, including nature walks, tai chi demos and a cider press demonstration, plus music from the Lonesome Moonlight String Band. Their operating their pumpkin patch from noon until 4 p.m., where you can snap up the vibrant squash for just $5 each, which is a heck of a lot easier than traveling to a farm! Throughout the day, sample seasonal food and beers on the Oake Allee or purchase some craft wares at the marketplace. 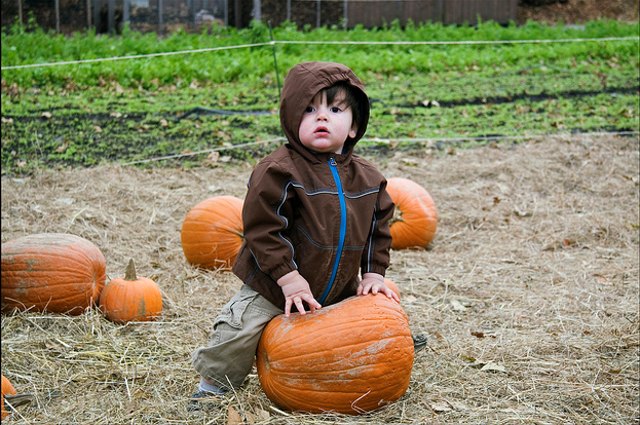 Oh and there's also the NYC Wine and Food Festival this weekend; there are still tickets left to some events if you haven't bought any yet.