It's almost Labor Day weekend, meaning time to get the grill out for one more turn around the dance floor before the end of the summer season. Burgers are a staple of any grilling session, but if you don't eat bread you're faced with either knife-and-forking a meat patty or hoping against all odds that your makeshift pieces of lettuce won't rip before you're done tearing into your meal. Whether you're attempting the trendy Paleo diet, have a sensitivity to gluten or are just trying to cut down on the bulk, here are a few bread-free alternatives for the last weekend grilling of the summer. 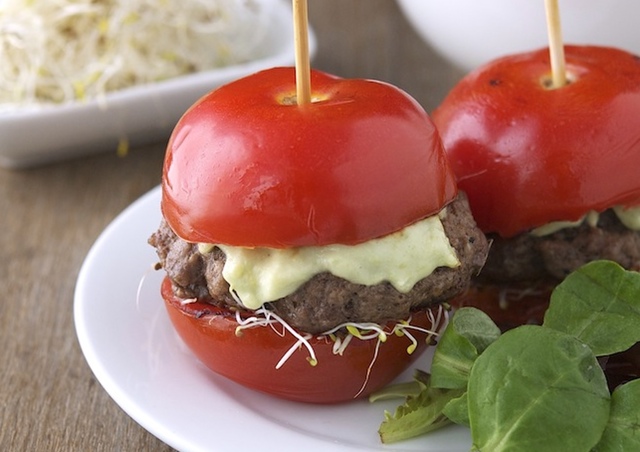 TOMATOES Juicy, sweet and an emblem of summer, tomatoes also make flavorful—albeit messy—substitutions for a traditional bun. This recipe from The Iron You calls for pan searing seedless tomato halves until slightly browned, a process that firms up the fruit and adds a touch of caramelized flavor.

Cut the tomatoes in half horizontally. With the handle-end of a spoon or a fork, scoop out the seeds and seeds membrane. Set aside. Lightly grease with olive oil a medium non-stick pan/skillet and heat over medium-high heat. Cook halved tomatoes face down for 2 to 3 minutes, until they begin to brown. Flip and cook for 20 seconds on the other side so that they get a bit of color. 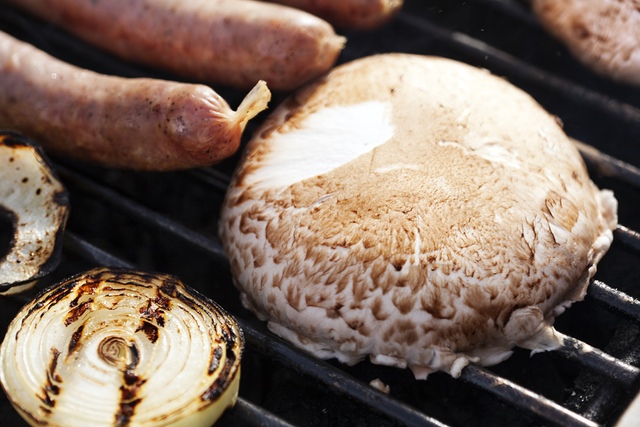 MUSHROOMS Specifically, large portobello mushroom caps, which are large and sturdy enough to enclose a burger with all the fixins—they also mimic the texture of a bun pretty well. Mushrooms are often a substitute for the meat-free set and they work equally well as an alternative to bread if you're looking to cut carbs or have a sensitivity to gluten.

Clean mushroom caps with a damp cloth to remove any dirt and cut off the woody stem. Drizzle each cap with olive oil and season with salt and pepper. Grill on each side for 3-5 minutes or until tender. 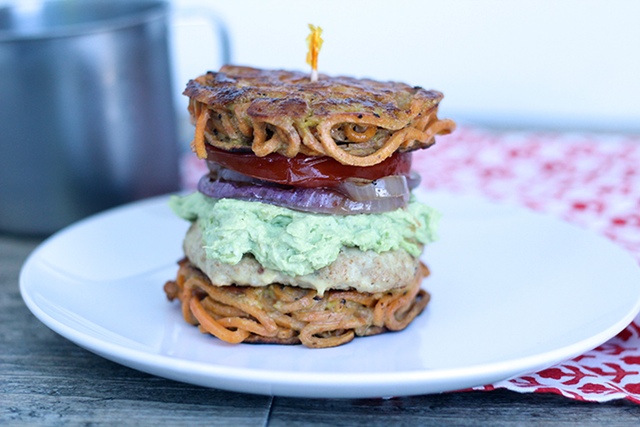 Sweet Potatoes The ramen burger technically isn't bread but it's definitely not a healthy option to hold your burger. Instead, try a spiralized sweet potato using this recipe from Inspiralized, which puts the vitamin-packed tater through the ringer (literally) to form it into a noodle shape. If you don't have fancy equipment, use a mandoline or julienne the potato; it won't be exactly the same, but close enough for government work. 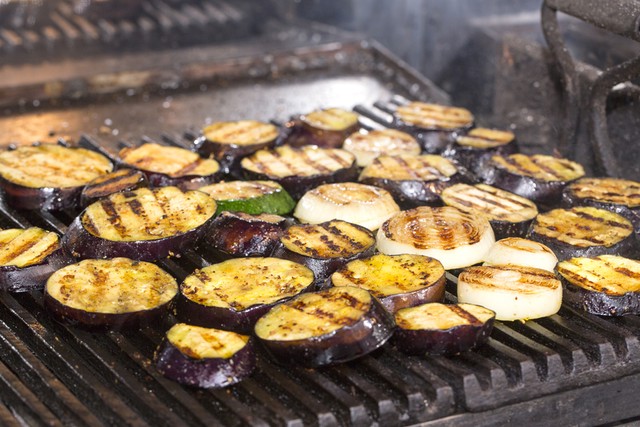 EGGPLANT When grilled, eggplant softens and develops a slightly sweet, nutty flavor. Cut thick rounds of the veggie, season with salt, pepper, olive oil and garlic powder and grill until it develops nice char marks. Since eggplant has a tendency to get a little mushy, top your burger with raw onion, crunchy bacon and lots of crisp lettuce to give it some texture. 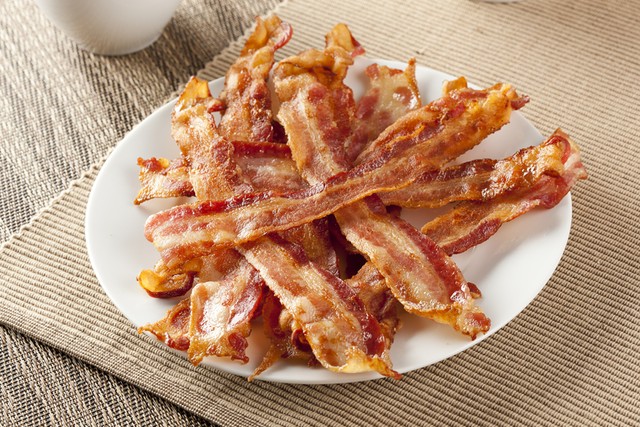 BACON Instead of settling for a few measly strips atop your burger why not put the good stuff front and center. It takes a bit of artistry, but the bacon weave from Epic Meal Time tastes delicious and makes a statement about your commitment to extreme burgers. You're essentially weaving together bacon strips, baking off the resulting creation in the oven until just shy of well done, then cutting into squares. Bottom line: bacon.

You can also pan fry your bacon weave per the video below:

#burgers
#no carb
#paleo
#recipes
#original
Do you know the scoop? Comment below or Send us a Tip