5 Beers You Must Try During NYC Beer Week

In recent years the city's craft beer scene has blossomed in a beautiful way. Now, discerning lovers of barley, malt, and hops have the ability to sample new and different pints on a regular, or even nightly, basis. To celebrate local brewers' bountiful output, the NYC Brewers Guild has organized nine days of special events known as New York City Beer Week.

The festivities officially kicked off Friday with a tasting soiree at Grand Central's Vanderbilt Hall and continues through Sunday, March 2nd. All told, over a hundred Beer Week-sanctioned events including beer dinners, dance parties, and tap takeovers will take place citywide, and the Brewers Guild has furnished a handy calendar to expedite your planning.

While we recommend taking advantage of the week's offerings and sampling as many new pints as tolerance permits, the sheer volume and variety of beers on hand is daunting to say the least. With that in mind we've compiled a short list of notable beers that are sure to please amidst the swirling hoppy seas. 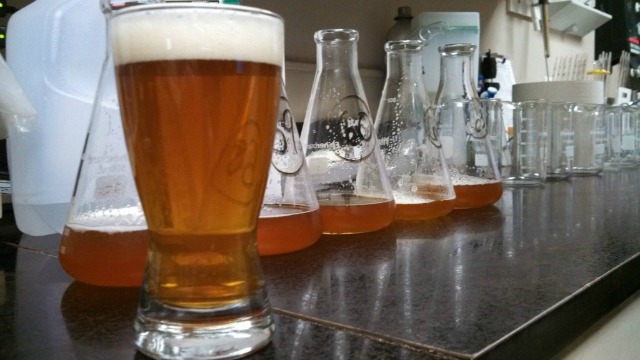 Sixpoint Hi-Res: If you crave hops, Sixpoint has them. Hi-Res takes the sharp, piney flavor profile of the brewery's now-classic Resin and takes it to the extreme, pushing the tangy bitterness to an absolutely absurd level. Still, its aroma packs enough tropical citrus to keep all areas of your palate tantalized. Like many uber-pale ales, there's a very high ABV to contend with, in this case 11.1%. Not that there's anything wrong with that. Find it at Pacific Standard's The Mostly Annual NYCBW Pacific Standard Hootenany on February 27th.

Eataly Birreria Flip Ale: Engineered through a partnership with Dogfish Head, the flip ale tastes as great on its own as it does in the classic warm, colonial cocktail of the same name. Caramel and biscuit malts give the beer a velvety texture that fits well with its sweet toffee and cardamom flavors. The Flip Ale has been available at Birreria's glass-topped dining room for most of the winter and Beer Week might be the last and best chance to sip the winter favorite.

KelSo Edible Ale: Made specifically for Edible Magazine, the limited-run brew is a triticale red IPA. Triticale, a heritage grain similar to rye, is paired with traditional hops to yield a flavor that's a bit more multivalent than the usual pale ale. Malty smoothness and a hint of spice round out each 6% ABV sip. We've also been told by KelSo brewmaster Kelly Taylor himself that the ale is made with 75% New York state ingredients. Meet the man and try his beer at Blue Ribbon's Beer Week on the Bayou tonight starting at 5 p.m. 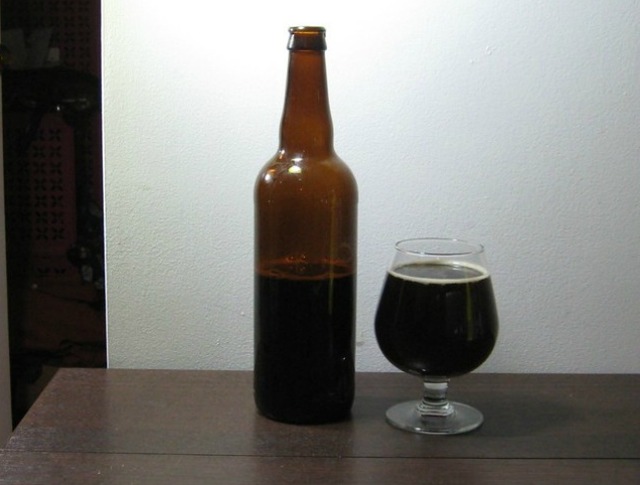 Rockaway Brewing High Plains Drifter: Rockaway's delicious seasonal beers can be somewhat difficult to come by outside of the company's Long Island City brew house and growler system, but the Drifter is a kingly reward for those willing to scour the city thoroughly. The Scottish-style ale offers up luscious vanilla-spice sweetness thanks to a bourbon barrel aging process and is a great medium-bodied alternative for those weary of the heavy stouts and porters that dominate winter tap lists. Here's where to find it.

Other Half Imperial Stout: If there was ever a perfect winter beer&mdashldark, rich, and strong enough to erase all memory of snow-capped garbage mountains—Other Half has made it. Their imperial stout is densely nutty with hints of cardamom and cocoa. Freshly-poured pints have the color of black coffee and arrive topped with a head of smooth, rusty foam. The stout's powerful flavor comes with a wicked 11% ABV, making it the ideal final pint to nurse after a night of adventurous imbibing. Find it at their Bar Great Harry tap takeover.

#beer week
#nyc beer week
#original
Do you know the scoop? Comment below or Send us a Tip
A new Gothamist is coming! We’ve moved comments over to our beta site. Click here to join the conversation and get a preview of our new website.