4 Food Events To Inhale This Weekend

If you're in the market for mascara, a new raincoat or just like to browse beautiful products that's reason enough to attend Daily Candy's Bazaar but they're also bringing in vendors and restaurants from across the city to supply the eats for a little "food court" at the mini-mall setup. Cheesy sandwiches from Morris Truck, over-the-top sweets from Sugar and Plumm and guac-heavy tacos from Country Boys are just a few of the vendors taking over the lower level of 376 West Broadway, which houses the tri-level bazaar Friday, Saturday and Sunday of this weekend from 11 a.m. to 8 p.m. The folks at Daily Candy are always finding out what's new in fashion, food and beyond, so if you're looking for some new trends for the season or just feel like eating some good grub, they've got you covered.

Oenophiles and casual wine drinkers shouldn't miss the NYC Autumn Wine Festival this Saturday at the Conrad New York hotel, where over 200 vintages from vineyards around the world will be on offer for sipping. Stop by at one of two sessions (3 − 6 p.m. or 8 − 11 p.m.) to sample all the great vinos and snack on treats from Danny Meyer's catering company Union Square Events. If you've got the extra scratch, attend a class during the first session on the Principles of Blind Tasting and get a more in-depth view of each wine's character. Admission runs $109 ($134 with the class) with a portion of festival proceeds going towards Creative Arts Workshops for Kids. 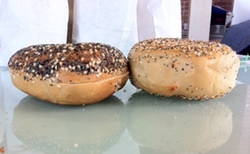 We New Yorkers claim the bagel as our God-given baked good, unparalleled in the pantheon of ring-shaped dough treats. Recently we've grudgingly accepted the Montreal bagel as a decent facsimile but we draw the line when West Coast upstarts claim their bagels beat our magnificent circular specimens. On Saturday, the Brooklyn Kitchen hopes to put this debate to rest with the West Meets East: Jewish Bagel Deli Debate and they've brought in Mile End co-owner Noah Bernamoff and Oregan cookbook author Michael Zusman to settle the score. The duo debate the respective bagel prowess in a discussion that also talks about Jewish deli food's history and relevance in contemporary cuisine. Both men had lives as litigators before turning to food, so get ready for a more-than-lively discussion. Expect a spread of deli classics for noshing plus some beers from Brooklyn Brewery all for just $5.

April Bloomfield's fun and colorful eatery John Dory Oyster bar celebrates three fish-filled years inside the Ace Hotel this weekend. To mark the occasion, the restaurant offers complimentary wine flights to dinner guests this Sunday from 5 p.m. to midnight. New sommelier Jessica Brown selected five New York wines—one from Long Island, four from the Finger Lakes region—and offers guests 3-ounce pours of each vintage to accompany their meal. It's also the start of Mussel Sundays, where the restaurant offers PEI Mussels with Creamy Leeks and Pancetta for just $12 in addition to their famous Oyster Pan Roast ($15), which comes with decadent uni butter toast. Now that they take them, make reservations by emailing reservations@thejohndory.com or calling (646) 214-5764. 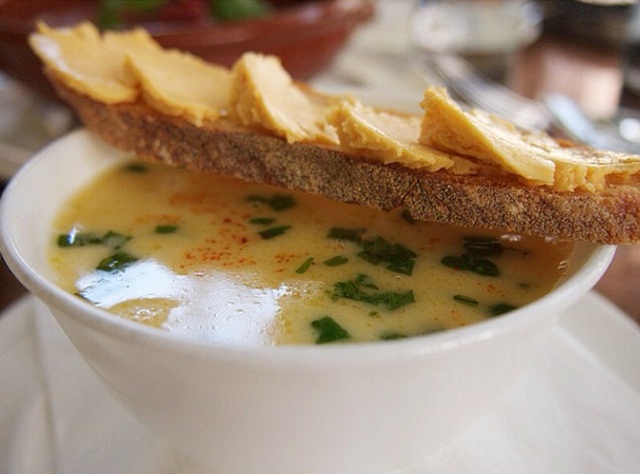 #food events
#john dory oyster bar
#things to do this weekend
#original
Do you know the scoop? Comment below or Send us a Tip