On the surface, the red brick building beside the elevated train tracks on Bergen Street in Crown Heights looks like many others in the area: lovely, in the slightly shabby, tagged-up way that newer buildings try to emulate. But descend 30 feet below ground, down twisting sets of sturdy metal spiral staircases, and it's a whole different world, bursting with the lives of bacterium and molds and the gorgeous wheels of cheese they're feasting on. On Saturday, the Crown Finish Caves—a cheese aging facility that began operation earlier this year—welcomed a small group of cheese-lovers in the former Nassau Brewery lagering tunnels to sip beer and snack on cheeses that had been aged in the tightly controlled environments of the aging cave, just a few feet away.

The subject of Saturday's soiree: wash rind cheese, specifically the Humble Herdsman, a semisoft raw cow's milk cheese produced by Parish Hill Creamery. Crown Finish has been partnering with the Vermont-based cheese producer from the beginning, aging some of the creamery's stock inside their brick-walled underground caves. Up north, the cheese gets finished with a house-made hard apple cider; in Brooklyn, Benton Brown and his team use a Michigan-produced hard cider from Red Streak, imparting a distinctly different quality to the cheese. In fact, the subject of this weekend's event was to explore the differences a wash can make in these types of Alpine cheeses; and the differences are, surprisingly to novices, extremely obvious. 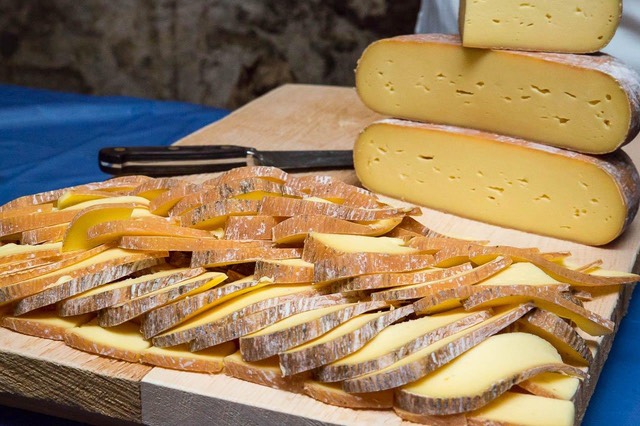 As a small operation, Crown Finish can afford some experimentation, which they hope will ultimately expand their relationships with not only local creameries but also producers of other products, such as beer. For this experiment, Brown tapped Joshua Bernstein, a beer and spirits journalist and author, who helped find willing local breweries who might want to lend a brew to some cheese experimentation. The duo wanted to find out how the flavor and texture of the cheese would change depending on what it was washed with. For each brewery, six wheels of cheese were brushed with a specific beer every other day for about 60 days.

The different yeasts, hops and other flavors in the beers (or cider) attracted different types of bacteria to the cheeses, which were transformed into wildly different specimens depending on their beer pairing. The dark and piney Replicator black rye "pale ale" from Ridgewood's Finback Brewery imparted a gorgeous, super dark color to the rind, while the paste—what mongers call the "inside" of the cheese—was luscious and creamy with a touch of bitterness from the hops in the beer. Conversely, the cheese washed with the Red Streak cider had a much more firm texture to the paste, with a distinct zing and acidy flavor from the three different yeasts and tart apples used to make the cider. Even a neophyte could taste and see the differences. 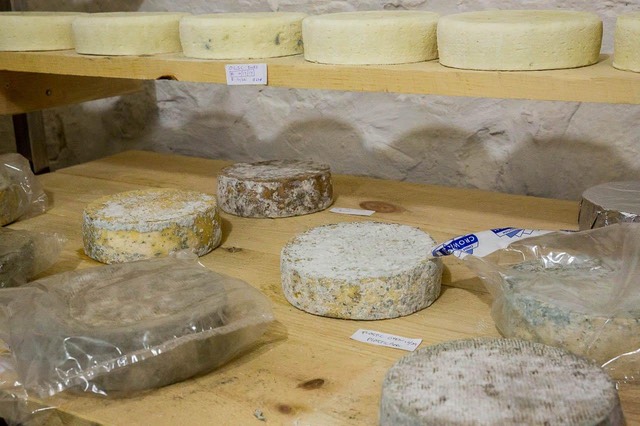 For now, the experimentation on Humble Herdsman won't go beyond Saturday's event, though interested parties can pick up some of the Virtue Red Streak-washed cheese at some retail spots in the area; you'll have to travel to Vermont for Parish Hill's version. There are a few wheels from each batch leftover but Brown isn't sure what they'll do with them yet, but a small tasting or dinner isn't out of the question.

After this weekend's success, Brown and crew are absolutely "entertain[ing] some longer term collaborations with breweries," especially if they can expand operations into the as-of-now vacant extra lagering tunnels in their building. In the meantime, they're also experimenting with local spirits on some "bloomy" cheeses, different wrapping methods for their blue cheeses and some beginning work with Whole Foods. If successful, they'll begin taking over the adjacent vaults, increasing their capacity from around 20,000 pounds to 60,000.