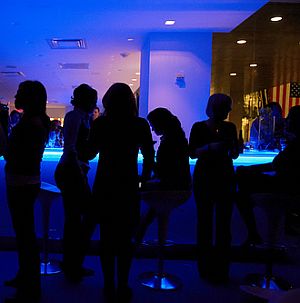 When Hog Pit co-owner Felisa Dell sent an email to Eater on April 7th confirming the closure of her Meatpacking District BBQ joint, she insinuated that “the mayor and the State Liquor Authority are now only issuing Liquor Licenses until 2 a.m. It's very sneaky, but in 5 years the 4 a.m. liquor license will be a thing of the past, without any community input.” Today the NY Sun backs Dell up, reporting that many Manhattan bar owners are finding it “nearly impossible to open new nightlife establishments that are permitted to serve alcohol until 4 a.m.”

While the New York State Liquor Authority can’t arbitrarily impose a specific closing time before 4 a.m., Community Boards have been demanding bar owners agree to curfews before they recommend approval to the SLA. The Sun looked at the most recent records available from Community Board 3, which covers the East Village and the Lower East Side, and found that not a single liquor license recommendation was granted to a bar that would close after 3 a.m. on weekends and 2 a.m. on weekdays.

And in Tribeca, Community Board 1 killed Matthew Piacentini’s plans to open a lounge in a commercial building on Hudson Street by telling him he’d have to close at midnight on weekdays and 1 a.m. on weekends. The early closing times are a big problem for bar owners; a recent survey found that 58% of their revenues are earned between those magical hours of 1 a.m. and 4 a.m. These are also the hours when some of us lose 58% of our dignity, so maybe it's all for the best?