The patrons of a Woodhaven bar that some historians believe is the oldest in the city is campaigning for landmark status.

The Times reported today on Neir's Tavern, which some historians say has existed in some capacity since 1829, fifteen years before current oldest bar titleholder McSorley's Old Ale House opened in Manhattan. The tavern was first called the Blue Pump Room, and served drinks to bettors at the the Union Course racetrack nearby. 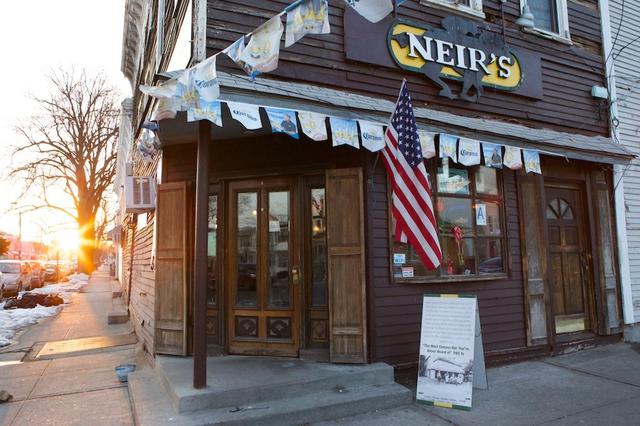 Since then, the bar's been called The Old Abbey, The Union Course Tavern, and, since 1898, Neir Tavern, after the Neir family emigrated from Germany and bought the bar. There's more history here, too—Mae West was rumored to have performed at the bar, and Donald Trump's father, who grew up in Woodhaven, apparently used to drink here. Gangsters allegedly hung out at Neir's, and some scenes from Goodfellas were filmed at the bar. (The website points out that a scene from the Ben Stiller flick Tower Heist was also filmed there).

But though Loycent Gordon, Neir's owner, applied for landmark status last year, he was rejected, and now he and a group of patrons are trying to reappeal. "We’ll go down to the [Landmarks Preservation Commission] ourselves, two hundred of us and let them know we will keep trying, until they make this right,” he told the Times. He believes that Neir's been overlooked because it resides in a borough that, too, is often overlooked. “We’re tired of Queens not being represented properly,” he told the paper. “Queens matters. Woodhaven matters. And we’re a part of the fabric and history of this city.”

#neir's tavern
#queens
#woodhaven
Do you know the scoop? Comment below or Send us a Tip