15 Exquisite Fall Cocktails To Sip In NYC This Season

What we lack in spectacular foliage—so far, anyway—we more than make up for in proximity to and volume of wonderful cocktail bars, many of which note the changing seasons by revamping their menus to fit the weather. With fall, you'll find plenty of brown liquors, apple flavors, spices and other such offerings, though there's not a wrong season to drink any of the spirits. Below, a few offerings befitting an autumn eve out on the town. 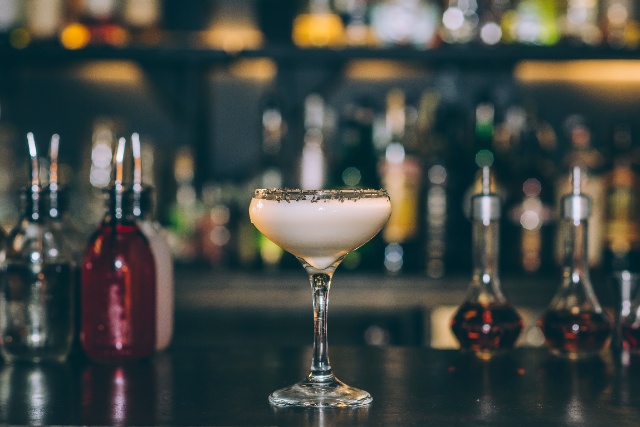 Hop onto a bright blue bar chair at Bed-Stuy's Diamond Reef and order up the Last Apostle ($12). If you do, you'll be handed a Four Pillars Gin and sparkling rosé combination served with tons of crushed ice. Inside the same glass: lemon and orange juices, simple syrup, ginger juice and fresh passionfruit pulp. 1057 Atlantic Avenue; diamondreefnyc.com 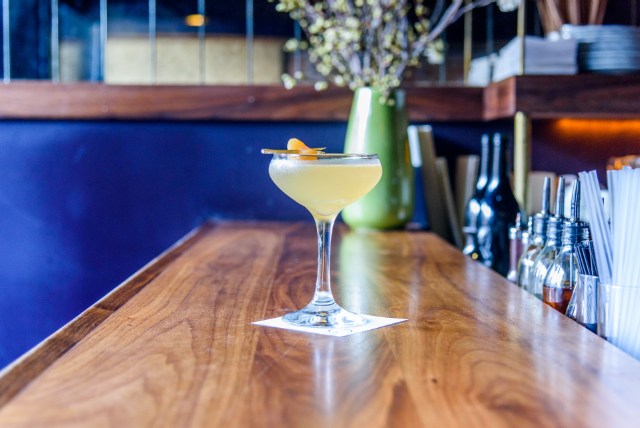 Bar Goto, the Lower East Side izakaya, shakes up a Jasmine - Apricot 75 for the season. The cocktail spot is infusing Portobello Road Gin with jasmine tea, then combining it with apricot liqueur, lemon juice and simple syrup before giving it a shake with ice. After being strained into a cocktail glass, champagne is added for extra zip. 245 Eldridge Street, (212) 475-4411; bargoto.com

We should, at all times, be asking ourselves, "What would Beyonce do?" The folks at Butter & Scotch in Crown Heights think so at least, creating a WWBD? cocktail for the season. In their estimation, Queen Bey would be drinking a rye whiskey, St. George Spirits Raspberry Cordial, pink peppercorn, cinnamon, lemon and egg white number. Do as your rightful monarch would do and join her. 818 Franklin Avenue, (347) 350-8899; butterandscotch.com 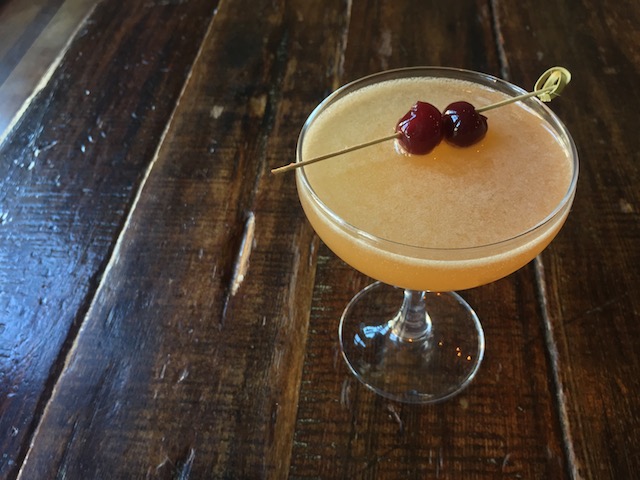 Be transported to a very famous street in Liverpool courtesy of Sweet Afton in Astoria, where you can sip on a Penny Lane ($12) while humming the iconic Beatles song in your head. The Teeling Whiskey base gets an infusion of fruit notes like green apple, grapefruit bitters and orange blossom water. Oloroso sherry, Cappelletti, and a Maraschino liqueur add depth and, of course, more alcohol. 30-09 34th Street, (718) 777-2570; sweetaftonbar.com

The Sanctuary Hotel location of Sushi By Bou in Midtown went there with a Pumpkin Spice Sangria ($16). The sangria recipe is allegedly a secret, but we know the cocktail contains kobacha—a type of squash—with allspice syrup for the spice element. The rim is also coated in a nutmeg and sugar mixture to really drive home the pumpkin pie allusion. 132 W 47th Street, (917) 348-5737; sushibybou.com

Frozen cocktails in the fall? That's like eating ice cream in the winter, which is to say: go for it. Williamsburg's Midnights suggests we all embrace our inner Basic Witch ($15), a frozen pumpkin spice latte with a boozy kick. Simple Vodka is blended with pumpkin, espresso and coconut milk for a creamy, alcoholic taste of the season. There's also a Berry Manilow ($14) shaken ditty on the menu, made with gin, ginger and berries. 149 North 6th Street, (718) 384-6961; midnightsbk.com

It's not just one cocktail at the Harvest Moon Pop-Up Bar at the Rainbow Room. The Rockefeller Center icon will be pouring lots of apple and pumpkin drinks (with appropriate bites to match) Friday October 27th and Monday, October 30th beginning at 5 p.m. Check out the sweeping views of the skyline while you're up there. 30 Rockefeller Plaza, 65th Floor, 212-632-5000; rainbowroom.com 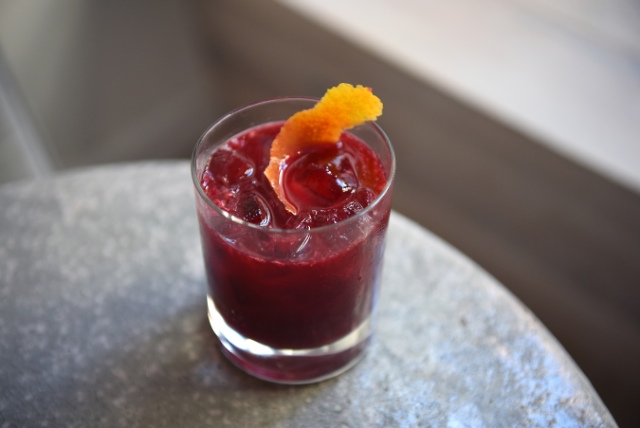 It figures that a plant-based restaurant would incorporate veggies into their cocktails, too. The XO ($17) at P.S. Kitchen combines the bright red color and sweetness of beets with orange juice and muddled raspberries for additional sugar. To that, add a smoked single malt whisky and one of fall's most beloved flavors: maple syrup. Even better, the Midtown restaurant donates all its profits to charity. 246 West 48th Street, (212) 651-7247; ps-kitchen.com 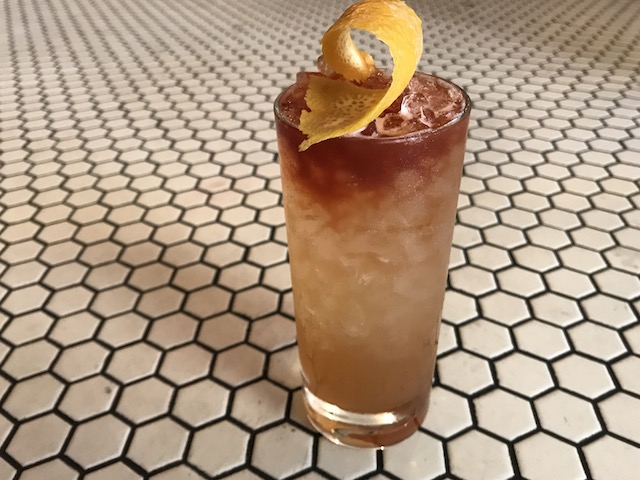 Vermont 75 at The Penrose (Amanda Palacios)

Channel the Green Mountain State without visiting yourself at Upper East Side pub The Penrose, who are pouring Vermont 75s ($11) that hit all the perfect autumnal notes. Apple brandy and Eden Rosé Cider—made with both apples and red currants—are the alcohol components, which are combined with maple syrup, lemon and Angustura bitters for a touch of the sweet and tart. The cocktail is served in a Collins glass of crushed ice and is available during brunch and lunch. 1590 2nd Avenue, (212) 203-2751; penrosebar.com

Does it get more October than a Zombie Punch served inside a skull-shaped glass? Probably not, so head to Death & Company in the East Village to grab one for yourself. Inside the head find Plantation OFTD, Cana Brava, Smith and Cross and Don's Mix, plus lime, falernum and grenadine along with just enough absinthe to get a little undead. 433 E 6th Street, (212) 388-0882; deathandcompany.com 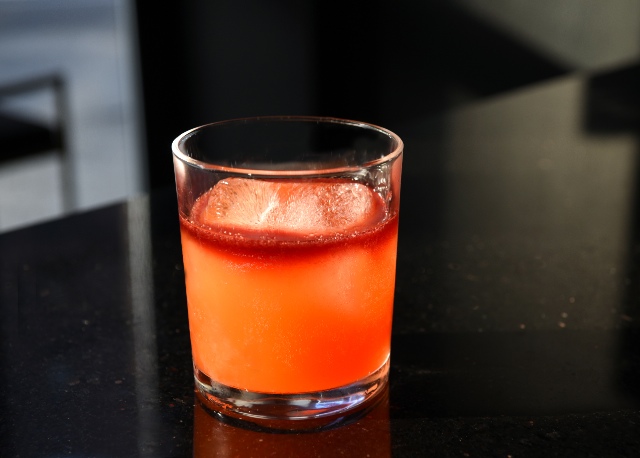 Since opening this summer in Chelsea, aRoqa has made some arresting-looking and tasting cocktails. The trend continues into autumn with the festively-colored Right Bank ($16), a cocktail name referencing the wine float from the right bank of Bourdeaux. The booze train chugs along with two more additions—Rhum JM 100 proof and Illegal Mezcal—and more red coloring from red pepper puree and a chipotle-cinnamon-infused agave. Orange bitters and lime juice add depth. 206 9th Avenue, (646) 678-5471; aroqanyc.com

Old fashioneds are tailor-made for evenings cozied up to some kind of heat source, whether that's an open fire or the clank of your demonically possessed radiator. In Fort Greene, Miss Ada adds a floral touch to the classic cocktail with its Lavender Old Fashioned ($13), made simply by adding a lavender simple syrup to the bourbon and Angostura bitters. As another sweet touch, the lavender is grown in the back yard of the restaurant. 84 Dekalb Avenue, (917) 909-1023; missadanyc.com 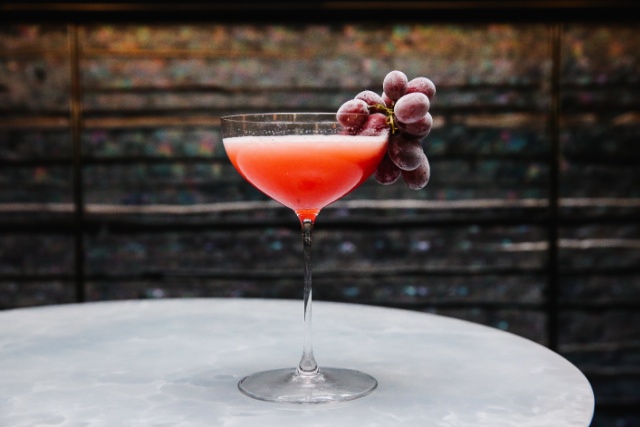 Grape from The Pool Lounge

Grapes are the (mostly) unsung hero of the season, so cheers their relevance at The Pool Lounge, the fancy bar that overlooks The Pool revamp inside the former Four Seasons. Muddled grapes and grape jelly serve as a base for Grape, with La Diablada Pisco and St. Germain. Lime juice and cane syrup add both tart and sweet, with Angostura bitters for a little extra herbal push. The cocktail, designed by Thomas Waugh, is a riff on the pisco sour. 99 E 52nd Street, (212) 375-9002; thepoolnewyork.com