Now that you've finally gotten your security deposit back from that sleazy Parkwanus landlord and you're all settled into your affordable studio apartment share in Yonkers, why not treat yourself to a fun night out on the town? The well-appointed cocktail lounge The Flatiron Room has just the thing: a "dream whiskey tasting" featuring six .5 ounce tastings of booze in their relaxing upstairs tasting room. It's not until November, but act quickly—these $1,400 tickets are going fast!

For a fisherman it’s pulling in a salmon on Alaska’s Kanai River. It’s the Summit of Everest for the climbing enthusiast and Waimea Bay for the big wave surfer.

This is no ordinary tasting. In fact, if your idea of great whiskey is typically consumed out of a shot glass we recommend you stop reading now. This is a tasting for those who want to experience some of the rarest, and best whiskey the world has to offer. Six drams of pure liquid gold.

The gold will be poured out of the following diamond encrusted skulls bottles: Glenfiddich 30 year, Glenfiddich 40 year, Glenrothes 42 year, Balvenie 30 year, Balvenie 40 year, and a Glenmorangie Pride. According to Flatiron Room owner Tommy Tardie, "Most of these are bottles you just can't get in the U.S. because they're such limited allocations. Most people would obviously never spend this much money on booze. But there are other people who go to auctions to buy bottles like this." There are also people who own sailboats and take them out on Monday mornings, God Bless America. 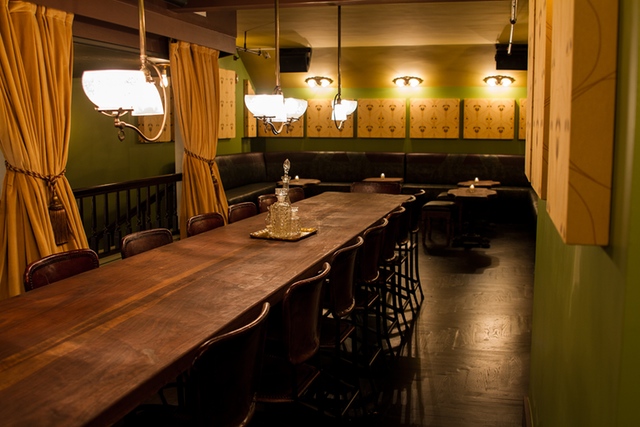 The Glenmorangie Pride, according to Tardie, typically sells for upwards of $5,000 at auction. Only about 800 bottles were released, and Tardie adds, "You're also paying for the bottle itself, which looks like you're in 'Indiana Jones,' the box is a unique contraption, you push a button and it pops out on this harness. It's pretty crazy." Well, for $5,000 that "crazy" box better untie your shoes and give you a foot massage in a watermelon filled with warm artisanal honey... if you know what I mean.

Anyway, if you have an enviable amount of expendable income and enjoy rare whiskey, now you know what you're doing November 14th. (Tardie says they've already sold six tickets, because this is New York, brah.) You can thank me for calling your attention to this by inviting me to join you as your arm candy. I won't get sloppy and start hypocritically ranting about New York's obscene income inequality until at least the fourth dram of liquid gold.

And if you are a sad poor who can't afford a $1,449.99 sample of alcohol, the Flatiron Room also hosts budget tasting nights every Tuesday that range in price from $60 to $125. Shirt and shoes REQUIRED. Details here.