You may want to wear some stylish elastic waistband Zubaz to the Great GoogaMooga Festival this weekend, because the food vendors are stealing the show with their dishes. Below, a few we're looking forward to having seconds of. 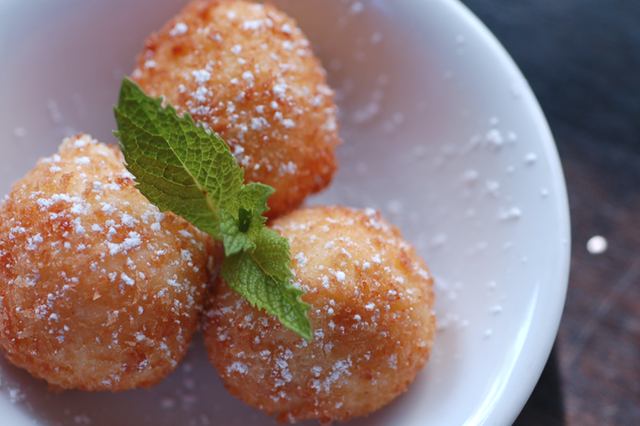 The Fried Cheesecake Bombs from James

Made epecially for GoogaMooga, James Restaurant in Prospect Heights has created the Fried Cheesecake Bomb which they'll offer up two-ways: a Lemon-Ricotta and a Chocolate. You'll get three per order, at $6 an order.

Tom Collicchio's Craft will serve up a spin on New York City's famous dirty water hot dogs with their Dirty Duck Dogs. The hot dogs, as the name gives away, will be made from duck and then topped with pickled cabbage and black garlic (the NY Times has a food pornalicious photo of the creation). We dare you to pair one of these with the 1600 fois gras doughnuts Do or Dine will have on hand. 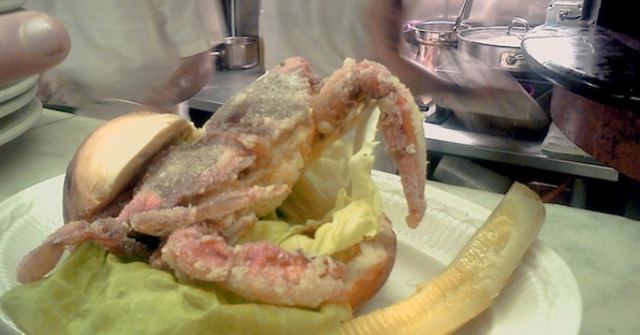 You obviously can't go wrong with a lobster roll, and at the event Luke's Lobster will have you covered. Their lobster rolls cost $15, and they're well worth it according to Gothamist's John Del Signore, who says they're simply "the best." If you want something a little different from the sea, the Vinegar Hill House will be on hand with soft shell crab sandwiches, which will be made to order and placed on a sesame bun.

Over at the Meat Hook's stand, they'll be serving up small and large plates ($5-$10) of housemade pork sausage, jalapenos, pepper jack cheese, and hot sauce called "Long Dong Bud," with sides of "Mexican colesaw." A plain "dog" with no fixins will cost you 5 bucks. For more meat, the Brindle Room will have an aged steakhouse burger ($10) paired up with Donkey Punch (we're told it's like a big "Bug Juice" with strawberry, hibiscus, watermelon) for $5. And at DBGB Kitchen & Bar they'll be plating some house made Thai sausage, which is a pork link served on a bun with red curry, lemongrass, cilantro, green papaya salad and peanuts. A single is $6 and a double is $10. 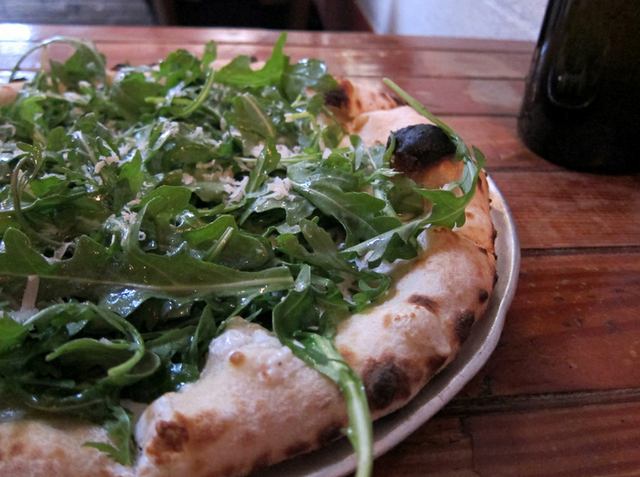 Vegetarians, this is a meat-heavy fest, but you'll be able to fill your belly with things like Roberta's pizza, so it could be worse. Roberta's will have personal 8" pizza on hand. From the veggie friendly margherita (tomato, mozzarella, basil); to the meatier Specken Wolf (mozzarella, speck, mushroom, red onion, oregano) and Bee Sting (tomato, mozzarella, sopresseta, chili, honey). Prices will be around $10 and up.

There are still Extra Mooga tickets available, which will give you "all-inclusive food, from tastes to heaping plates of your favorites."