10 Restaurants To Celebrate Thanksgiving And Give Thanks You're Not Cooking

Cooking an elaborate holiday meal means stress, buying a million ingredients and washing dishes; lots and lots and lots of dishes. Give your mind and sink a break this year and let someone else—and, let's be frank, someone more capable—handle all the muss and fuss. Here are a few spots to spend this Thanksgiving, from the $135 prix fixe blowouts to the humble but equally flavorful a la carte eateries.

The NoMad We're big fans of this next-level hotel restaurant, even though scoring a meal might mean not paying your rent. Chefs Will Guidara and Daniel Humm know their way around a bird so they're a logical first thought when it comes to the Most Important Poultry Holiday each year. They're offering a $135 ($65 for the kiddos) meal with dishes like Foie Gras with pear, licorice and red wine; white truffle and parmesan risotto; bone marrow encrusted beef; and, best of all, their decadent, lust-worthy Chicken with Black Truffle, Brioche and Foie Gras Stuffing. Oh, and turkey. 1170 Broadway; reservations (347) 472-5660. Seatings from noon to 9 p.m.

Betony This midtown newcomer has been getting raves since it opened, including three stars from Times critic Pete Wells; they're also winning people over with their succulent roasted chicken. Chef Bryce Shuman offers three courses for $115 this holiday, which includes an appetizer, main and dessert. Poached Hen's Egg with Black Trumpets and Ginger and Foie Gras with Kabocha and Buckwheat to start; Roast Turkey, Grilled Beef Tenderloin or Poached Striped Bass for the mains. The restaurant also serves up sides like roasted parsnips, cornbread stuffing and gravy for a little taste of tradition. 41 West 57th Street; call (212) 465-2400 for reservations. Open 12 p.m. to 8 p.m. 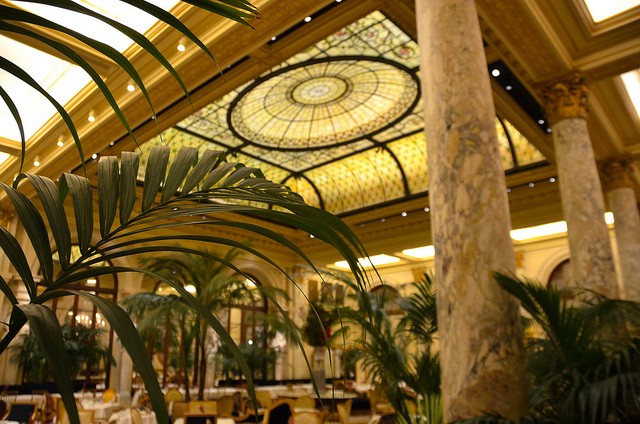 Reynard Over in Williamsburg, the Wythe Hotel opens its restaurant for dinner, offering a four course prix-fixe for $85. The meal begins with a sunchoke soup with autumnal flavors of pecan and sage; chose an appetizer like scallop crudo or a fritto misto of autumn squashes for your second course. Choose between turkey, rabbit or fish for the entree course, where the whole table gets a "cornucopia of vegetable side dishes" made for sharing, just like your childhood memories. Finish off with a family-style dessert of pumpkin pie, apple pie, candied pumpkin seed brittle and black pepper and honey ice cream, just like your mom never made. 80 Wythe Avenue, Brooklyn; call (718) 460-8004 for reservations. Seatings from noon to to 8 p.m.

Vinegar Hill House This quaint eatery nestled inside a 19th century carriage house might remind some folks of their grandmother's home, with mismatched wooden chairs, curios on shelves and the kind of wood floor that creaks if you even look at it. If you're looking for a home away from home vibe, look no further; their $75 menu includes turkey, stuffing, mashed potatoes, cranberry sauce and gravy. No fancy truffles, no wacky turkey repurposing; just the classics, plain and simple. Finish with pecan and pumpkin pie slices with some fluffy dollops of whipped cream and you'll think you're back at grammy's house in no time. 72 Hudson Avenue; reservations call (718) 522-1018. Open from 2:30 p.m. to 8:30 p.m. 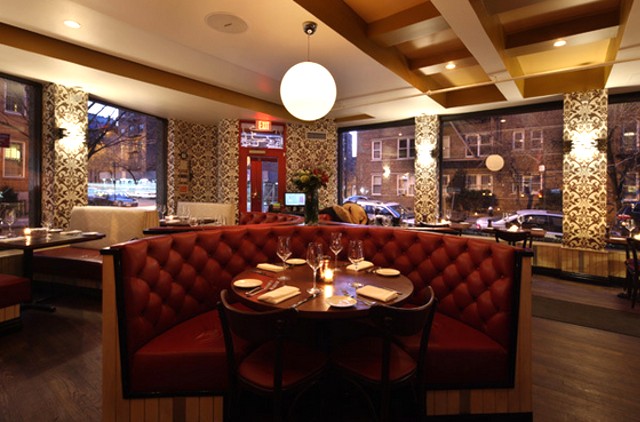 The MarrowTop Chef alum Harold Dieterle opened this, his second restaurant, earlier this year and though the menu skews German-Italian, that hasn't stopped the chef from offering the restaurant's first foray into Thanksgiving fare. The $65 prix fixe takes diners through three courses, starting with your choice of Ribollita Soup, Duck-broccoli sausage rigatoni or namesake The Bone Marrow, with sea urchin, fried potatoes and meyer lemon aioli plus three other choices. You'll have a choice of six entrees as well, including a Roasted Local Turkey with pretzel stuffing, Pan-Fried Duck Schnitzel or a Roasted Whole Hen of the Woods Mushroom. Folks who crave savory over sweet win out here, with a choice of sides like pumpkin risotto, roasted Brussels sprouts or pretzel stuffing to supplement your dinner. 99 Bank Street; call (212) 428-6000 for reservations. Seatings from 2 p.m. to 9 p.m.

Pippali This recently-opened Indian restaurant from Tamarind Tribeca alum Peter Beck offers the rare a la carte Thanksgiving feast for curry fanatics. You'll find turkey on the menu, of course, but dressed up in a very different kind of gravy. Start with Turkey Pantra ($9): sliced turkey sauteed with curry leaves, ginger, garlic and coconut in a rice crepe with orange and horseradish chutney; or Turkey Sikandri Kabab, which sees the bird marinated in spices and grilled tandoori-style with a cranberry chutney. Masala Kotfa ($15), or spiced turkey meatballs, and Dum Pukht ($17), roasted turkey in a yogurt marinade stand in for the traditional bird. Finish the meal with Sultani ($9), a bread pudding with dried fruits that's glazed with a rum and apricot syrup. 129 East 27th Street; reservations call (212) 689-1999. Lunch from 11:30 a.m. to 3 p.m., dinner from 5 p.m. to 10 p.m.

Jones Wood Foundry Though centered on cuisine from our friends across the pond, this Upper East Side eatery co-opts the most American of holiday's this year, with a three course, prix fixe menu for $39. The meal starts out with the English-America fusion butternut squash ravioli with split pea and smoked ham hock before continuing in a more traditional direction with a roast turkey and "all the trimmings." Finish up with a slice of pumpkin pie, as tradition dictates, then throw back a few pints; our forefather's would want it that way. If you want to pass of their home cooking as your own, the Foundry also offers the meal to-go: all the same dishes at $25 per person with a $100 minimum. 401 East 76th Street; call (212) 249-2700 for reservations and take out info. Dinner seatings from noon to 8 p.m.

Delmonico's Kitchen The midtown outpost of New York City's oldest fine dining restaurant offers a wallet-friendly meal in a swanky environment, perfect for the rare Thanksgiving first date or impressing in-laws without going for broke. The restaurant offers four courses for $65 ($20 for the kids) including roasted butternut squash soup, crab cakes and diver scallops to start, followed by vegetable risotto or a wedge salad for the second course. Entrees include the requisite turkey with trimmings, wild salmon wellington or a filet mignon. You can also swap in the restaurant's iconic Lobster Newberg for just an extra $12. If you still have room, finish off with pumpkin pie with chantilly cream or a southern pecan tart. 207 West 36th Street; for reservations call (212) 695-5220. Seatings from 1 p.m. to 8 p.m.

Buttermilk Channel This Carroll Gardens' eatery gets raves for its elevated comfort food, especially their crave-inducing fried chicken. For Thanksgiving, the restaurant is offering three courses for just $45 with tons of classic flavors and dishes on the table. Roasted Squash Tart, Turnip & Pear Soup or an Autumn Salad get your metabolism running for the main event: Cider-Brined Turkey. They're serving the bird with cranberry ginger sauce, caramelized onions and some savory stuffing; plus the whole table gets cornbread with honey butter, oyster bread pudding, buttermilk whipped potatoes and other gut-busting sides. Finish off with a slice of pecan, apple-cream cheese or sweet potato-pumpkin pie then get ready for one epic post-meal nap. 524 Court Street; Call (718) 852-8490 to reserve. Open noon to 6:30 p.m.