10 New Fall Restaurants That Will Save Us All

It seems like every single day a new establishment braves the Yelper-infested waters of our enormous sea of restaurants. But the Fall in particular welcomes a vast list of noteworthy openings, from established emperors like Seamus Mullen to newcomers hoping for their big break. It's hard to narrow the list down to ten, but we're most excited to loosen our belts for these new restaurants opening in the next few months. 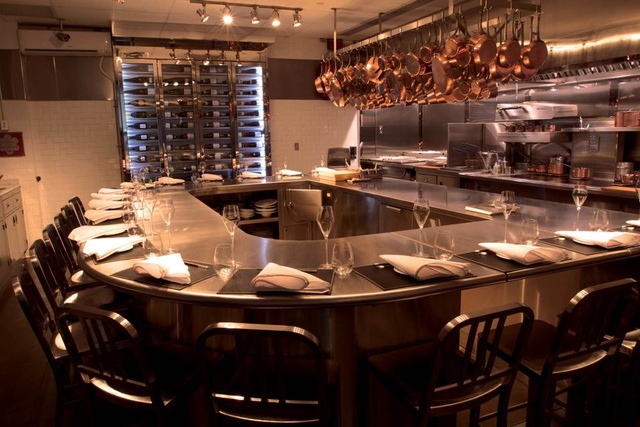 Chef's Table in Brooklyn (via Foursquare)

ARROGANT SWINE Though strictly speaking more of a beer hall than restaurant proper, Tyson Ho's forthcoming Bushwick establishment promises some serious barbecue amidst the free-flowing brews. Ho, who trained under lauded pitmaster Ed Mitchell, will be smoking up some whole hogs for a Carolina-style pig picking, creating what he dubs a "church of pork." Arrogant Swine will be located at 173 Morgan Avenue in Bushwick; opening September-October

DIRTY FRENCH The dudes of Major Food Group continue to expand their brand of assertively modern interpretations of classic eateries with their latest eatery opening up in the Ludlow Hotel. They're leaving the red sauce behind for this next one, which will pull in partner Rich Torrisi's classical French training with the rich culinary traditions of francophile nations and regions. Grub Street's early peek at the menu revealed traditional dishes like Cote de Boeuf alongside Moroccan dishes and even creole flavors from Louisiana. Dirty French will be located at 180 Ludlow Street inside the Ludlow Hotel; opening September 2nd

BROOKLYN FARE The three Michelin-starred eatery will be taking its talents to Manhattan this fall, opening an extension of its highly-coveted Chef's Table in Hell's Kitchen. The tasting menu-style continues across the river but owners promise a more laid-back approach to dining. Though some chef departures may have shaken things up a bit, the eatery may be just days away from finally opening. Brooklyn Fare will be located at 431 West 37th Street in Hell's Kitchen; opening September 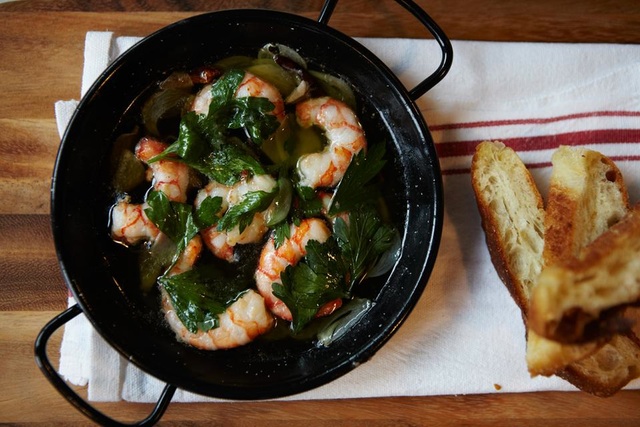 EL COLMADO BUTCHERY Having already conquered the crowds at Gotham West Market—not to mention his West Village eatery Tertulia—Chef Seamus Mullen will open a second outpost of his El Colmado brand complete with a takeout shop featuring (wait for it) a butcher shop. The new Meatpacking venture will likely serve a similar menu to its sister at GWM, so expect Spanish tapas like lamb meatballs and hand-carved ham. Having won this year's Cochon 555 butchery event, this'll be a great chance to peep Mullen's butchery skillz on the regular. El Colmado Butchery will be located at 53 Little West 12th Street in the Meatpacking District; opening in October

THE FINCH Chef Gabe McMackin has been behind the line at celebrated restaurants including Blue Hill at Stone Barns, Gramercy Tavern, and Roberta’s; now, he's striking out on his own by opening this ever-evolving eatery in Clinton Hill. A sample menu reveals dishes like grilled cuttlefish with pistachio butter, lemon zest and sungold tomatoes and pappardelle with puntarella, escargot and roasted olive; but don't expect to see those when you show up for dinner. Instead of a fixed selection of dishes, The Finch will serve food "tied to what feels special at that time. It's the best of what we can get, and the most fun we can have with it." The Finch will be located at 212 Greene Avenue in Clinton Hill; opening September

WHITE STREET After spending most of his career involved in Danny Meyer enterprises like North End Grill, Chef Floyd Cardoz has partnered up with some other industry vets to open this modern American eatery in Tribeca. Cardoz has experience all around the culinary landscape, from contemporary Indian to classic French, so expect a confident and eclectic parade of dishes coming out of the kitchen. The team also tapped Chef Jason Lawless (Tocqueville) to help realize their vision as chef de cuisine. White Street will be located at 221 West Broadway in Tribeca; opening September 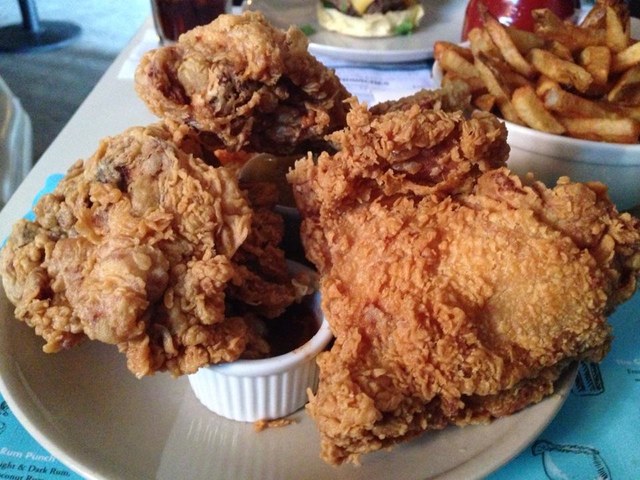 Fried Chicken from Commodore (via Foursquare)

EL CORTEZ The superlative bar food being pumped out at Williamsburg's Commodore should give every indication that the team's new Bushwick joint will also serve some outstanding grub. What exactly they'll be serving is still up in the air however; Chef Stephen Tanner—along with restaurant partner Chris Young—has yet to make any cuisine decisions regarding El Cortez, though there have been some rumblings about buckets of fried chicken. Did we mention Tanner was part of the original Pies-N-Thighs team? Yeah, you're in good hands there. El Cortez will be located at 17 Ingraham Street in Bushwick; opening in October

CHEF'S CLUB BY FOOD & WINE As a showcase restaurant for both up-and-coming cooks and established chefs, this new spot opening up in the famed Puck Building will be constantly changing as new talent rotates in and out. A resident chef will be behind the line throughout the year but for an as-yet-undetermined amount of time, new chefs will do a kitchen takeover for an ever-evolving dining experience.

Food & Wine—which runs a similar eatery in Aspen—has tapped four chefs to open the culinary incubator, including Erik Anderson (Best New Chef 2012) and Linton Hopkins (Best New Chef 2009). The restaurant will seat 120 diners in both a main dining area and a small Chef's Studio for intimate meals and cooking classes. Chef's Club will be located at 275 Mulberry Street in SoHo; opening TBD after September

CHEZ JEF Following a successful pop-up this summer, Belgian-born pizza master behind Motorino Chef Mathieu Palombino makes his newest eatery on the Lower East Side into a full-time affair serving lunch, dinner and late night eats. The so-called Bowery Diner will serve French brasserie dishes like steak frites but through the lens of the classic American diner....if diners sold charcuterie, that is. Chez Jef will be located at 241 Bowery on the Lower East Side; opening soon