10 Fall Restaurant Openings We're Excited To Loosen Our Belts For

Fatty 'Cue Williamsburg: Despite some decent reviews, Zak Pelaccio’s Fatty 'Cue didn't last long on Williamsburg's Southside—some thought the portions were too small for the prices, while Pelaccio insisted the time-intensive smoking process and high quality of ingredients prevented him from lowering the price point. At any rate, the reboot will have a "new and improved" outdoor area with a view of the smoking shed, and the kitchen will kick out "a mix of the down and dirty style of the original ‘Cue Brookyn and some of the more refined dishes at ‘Cue West Village." In case you missed it, here's our video showing their elaborate process of smoking a whole pig. Reopening mid-October.

Pig & Khao: Speaking of the "Fatty Crew," Pelaccio's team is also expanding into SoHo with this restaurant serving shared plates paying homage to traditional Southeast Asian fare. Located in the former Falai space, the kitchen will be helmed by Top Chef contestant Leah Cohen (Pelaccio isn't involved in the project) and the space will feature a chef’s bar and lush back garden. Expect such delicacies as Crispy Pata and pickled mango salad, and a Crispy Quail Adobo with Szechuan peppercorn, coconut vinegar, soy sauce and more. Opening in September.

The Pines Also expected to open this month, The Pines is a sister-restaurant to the beloved Gowanus restaurant Littleneck. It's located on Third Avenue down the street from Littleneck, and the owners have tapped Angelo Romano, formerly of Roberta's, to man the kitchen. Instead of seafood, The Pines is focusing on, well, land food, with house-made pastas and house-cured meats. Time Out reports that the restaurant boasts a backyard garden and a 40-seat interior "outfitted with church pews and amoeba-shaped marble tables." The preliminary pics look pretty promising. Opening in September. 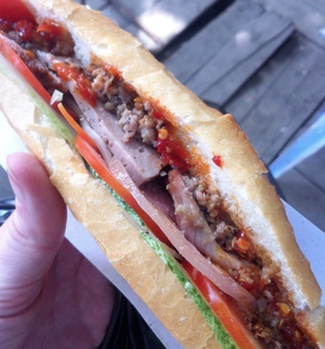 El Toro Blanco: John McDonald, the man behind sexy subterranean SoHo hotspot Lure Fishbar and the convivial comfort food joint Burger & Barrel, is opening a "modern" Mexican restaurant this month. Located in the West Village space formerly occupied by Scuderia, El Toro Blanco will serve a pan-Mexican menu with a guacamole bar, plenty of grilled fish and steak, and a bar brimming with tequila. “Everyone expects tacos in a Mexican restaurant, but they won’t be a major part of what we’ll be doing here,” McDonald warns Diner's Journal. Opening late September

The Lobster Club: Mario Carbone and Rich Torrisi, the successful fellows behind Torrisi Italian Specialties and Parm, are opening up this small neighborhood sandwich shop in the Village. According to Eater, the dainty Lobster Club will have just eight seats plus a takeout counter, "with a menu specializing in triple-decker sandwiches, including one version made with sweet, succulent lobster." Opening in November.

Mighty Quinn's: This popular Smorgasburg food stand, which always has a long line, will let its fans sit down when it takes over the former Vandaag space on Second Avenue and East Sixth Street. The smoked meat purveyor, specializing in BBQ Berkshire pork belly and brisket, will still remain a fixture at Smorgasburg, but owner Hugh Magnum has been very busy getting his brick-and-mortar debut ready, with a giant smoker to meet the anticipated demand. Opening in November.

Bill's: Bill's Gay Nineties, the beloved midtown east speakeasy that first opened in 1924, closed in March after the landlord, who lives in Ireland, refused to negotiate its lease. Now a bigger fish has gobbled it up: Big shot chef John DeLucie and his Crown Group Hospitality, which own the Lion in Greenwich Village and Crown on the Upper East Side. (DeLucie formerly manned the kitchen at the Waverly Inn, so he knows how to capitalize on old New York nostalgia.) He's going to reopen the joint as "Bill's," with "a barroom on the ground floor and the dining room upstairs." He tells the Times that he wasn't able to salvage "all the vintage artifacts that had decorated the interior of the restaurant, but they did secure some, including little statues of jockeys." We look forward to seeing it, and hey, at least it's not a CVS? Opening in September.

Chez Sardine: Speaking of speakeasies, savvy restaurateur Gabe Stulman, who previously brought the old West Village speakeasy Fedora back from the dead, will be adding another jewel to his West Village empire. Called Chez Sardine, the restaurant will be an Izakaya of sorts, loosely inspired by the casual Japanese eating and drinking establishments. The cozy joint is located next door to Fedora, which should make it easy for chef Mehdi Brunet-Benkritly to bounce back and forth between the two ventures. Opening in October.

What did we miss?

#dining
#new restaurant and bar radar
#original
Do you know the scoop? Comment below or Send us a Tip