$1 Mac & Cheese Is A Great Way To Start The Week

Harlem's Vinateria has begun a late-night pasta menu that runs Mondays through Thursdays from 9 p.m. to 11 p.m. Stop by the restaurant on Frederick Douglass Boulevard for $12 pasta plates including Campanelle with king oyster, chanterelle and shiitake mushrooms, roasted tomato and crispy kale (vegan); Tri-Colored Shells with pancetta, peas, broccolini, smoked gouda and breadcrumbs; and Linguini with littleneck clams, white wine, basil pesto and breadcrumbs. Also included in the deal: buy one-get one half priced bottles of wine.

Elsewhere in pasta specials land, Italienne in the Flatiron has introduced a 5:30 Fizz special that consists of half off glasses of Rosé, a $7 seasonal spritz special and a $15 pasta special. The deal runs Monday through Friday from 5:30 p.m. to 6:30 p.m. 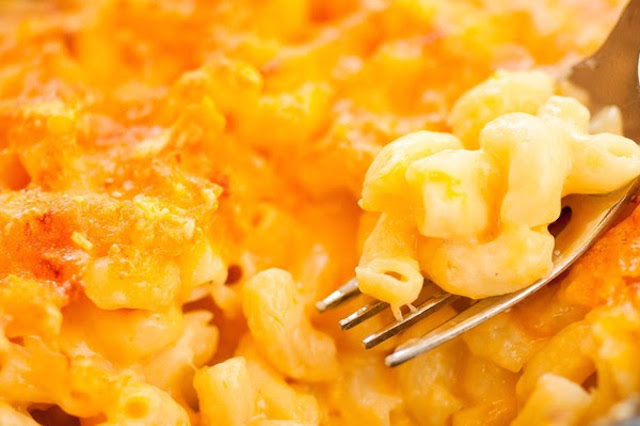 To complete the pasta trifecta, stop by the East Village or Murray Hill locations of mac'n'cheese restaurant S'Mac for $1 mac and cheese. They'll be offering their All-American Nosh (in regular, gluten-free or vegan versions) that combines American and cheddar cheese for just a buck if you do takeout on Tuesday.

Japan's Sumo wrestlers love to bulk up with piping-hot bowls of chankonabe, and at Tuesday's Sumo Stew 071817 you'll be able to try the stuff for yourself as you sip beer from Brooklyn Brewery and watch the sport's grand tournament via livestream. This month's stew will go heavy on the lamb—it's being made by Brooklyn's Momo Sushi Shack—and every attendee will get a bento box full of delectables as well. Japanese whisky, shochu, sake, and tea will also be on-hand. Tickets $55.

Also on Tuesday, the launch of Brooklyn Pizza Crew inside Berg'n, the Crown Heights bar/food court run by the Smorgasburg team. The stall will serve five pizzas and three salads, including a Grandma ($12 small, $24 large); a Tartufo ($14 small, $28 large) with fresh mozz, wild mushrooms, rosemary and white truffle oil; and a Vegan ($14 small, $28) with tomato, garlic, red onions, spinach, mushrooms and olives. 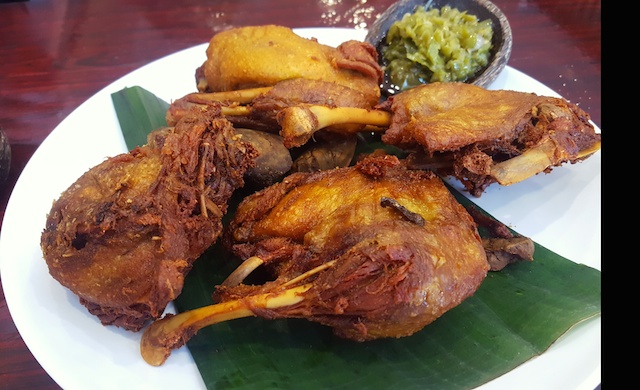 Enjoy a traditional Indonesian liwetan feast on Thursday at Awang Comes to Astoria, a special dinner being thrown by the Queens Dinner Club. Elmhurst restaurant Awang Kitchen will be preparing the meal, in which dishes are served on banana leaves. The menu includes pressure-cooked then deep fried milkfish, crunchy shrimp and rice crackers, fried tofu, and fried duck with roasted green chile sambal, among other dishes. The dinner will take place at the Bamboo Lounge beneath Kaufman Astoria Studios; tickets $45.

#weekly food roundup
#what to eat this week
#original
Do you know the scoop? Comment below or Send us a Tip
A new Gothamist is coming! We’ve moved comments over to our beta site. Click here to join the conversation and get a preview of our new website.