Your Mini Guide To This Summer's Outdoor Concerts

The summer weather is here, which means the outdoor concerts aren't far behind. Here's a little guide to help you decide which parks and piers to hit up. 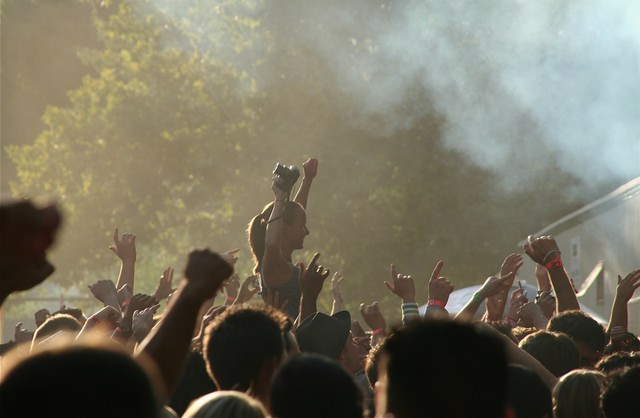 SummerStage is obviously the largest and most well-known outdoor concert series in the city, with shows taking place in Brownsville, Bed-Stuy, the East Village, Central Park, Red Hook, Brooklyn Bridge, Queens, and the Bronx. Basically all of New York City gets something. Highlights from this year include Ty Dolla $ign, Pro Era, Sisquó (!!!!), John Butler Trio, Counting Crows, Beck (sadly, sold out), Mobb Deep, Conor Oberst, Mykki Blanco, and Blood Orange. The shows happen all summer long, and most are free. The full lineup and schedule can be found here. But come on, we already told you what to see!

4KNOTS FESTIVAL
In its fourth year, the Village Voice's 4Knots Festival (RIP Siren) is headed to the South Street Seaport again, on Saturday, July 12th from 1-8 p.m. This is a free, all-ages program, rain or shine. The headliner this year is Dinosaur Jr., joining Those Darlins, Speedy Ortiz, Radkey, Viet Cong, Nude Beach, and Juan Wauters. Information about the festival can be found here. 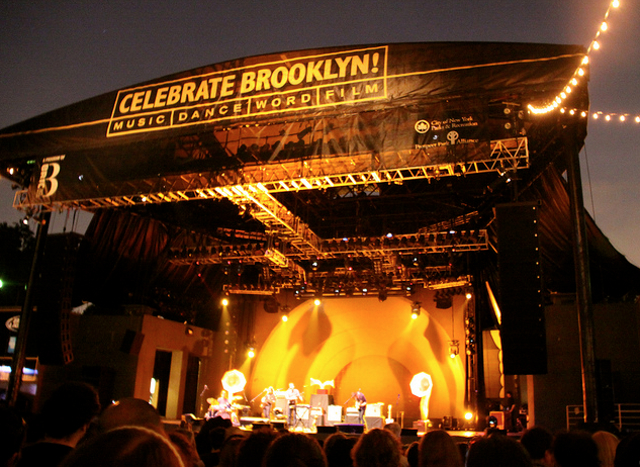 Celebrate Brooklyn! at Prospect Park puts on a hefty amount of damn good and mostly free shows every summer, and 2014 is no different. Beginning on June 4th with a free Janelle Monáe show, the Dum Dum Girls, Nickel Creek, Deltron 3030, and St. Vincent all are playing gratis throughout the summer months. Tickets are still available for Neutral Milk Hotel, and Nick Cave and the Bad Seeds. The full lineup is here... but sorry bro, Jack Johnson is sold out.

PS1 SUMMER WARM UP
This sticky hot party scene (taking place at the Fungus Towers this year), starts on June 28th, and will take place every Saturday through September 6th. Each show costs $18-$20, and this year (its 17th!) includes sets from Cibo Matto, Pantha Du Prince, and Robert Hood. Plus, M. Wells Dinette will serve cocktails and summer fare.

SEAPORT MUSIC FESTIVAL
The Seaport Music Festival seemed to be in a pickle as their home at Pier 17 is undergoing redevelopment, but they have found a spot on Fulton Street facing down towards South Street and the pier. The festival runs for eight weeks every Friday from July 11th to August 29th. Protomartyr and Alvvays kick off a run that includes Calvin Love, Torres, The Casket Girls, and Black Bananas. All the shows are free and the full lineup can be found here. Again, we already told you about this! Read Gothamist more. 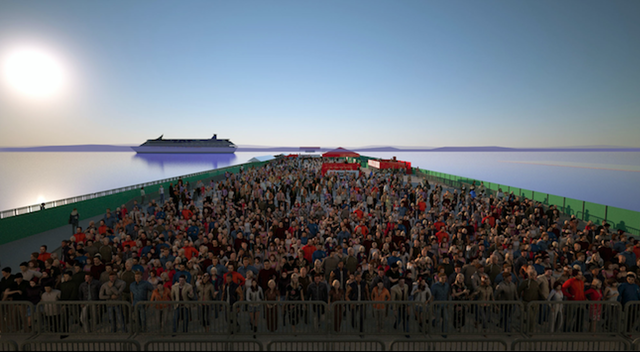 GOVERNORS BALL
This year's Governors Ball is a stop on the Outkast reunion, but there is a case to be made for this being one of the better lineups in recent years. Phoenix, The Strokes, Jack White, Vampire Weekend, TV On The Radio, Grimes, Sleigh Bells, Chance the Rapper, Earl Sweatshirt and the list goes on. Everyone had the same idea as you just had right now, and all of the $100 single day tickets, except for V.I.P. passes on Sunday (which run $195), are sold out, but three-day passes are still available for $230. Just pray for nicer weather this time around.

50 KENT
Organized by the same folks behind the Northside Festival, the Northside Summer Concert Series at 50 Kent (formerly Williamsburg Park) is supposed to be a summer-long outdoor concert series. As for right now, though, only two shows have been announced, Beirut and The War on Drugs, both taking place during the Northside Festival. Keep an eye on their website, though, as more shows should be announced. Tickets are here.

NORTHSIDE FESTIVAL
Across various Brooklyn venues from June 12-15th, the annual Northside Festival (and it's film component) gets bigger every year. This year continues the trend with the addition of the 50 Kent space above. Free shows this year in McCarren park are CHVRCHES (sold out) and THEE OH SEES. Badges and passes can be found here and if you don't want to commit to a pass you can buy single show tickets right here. 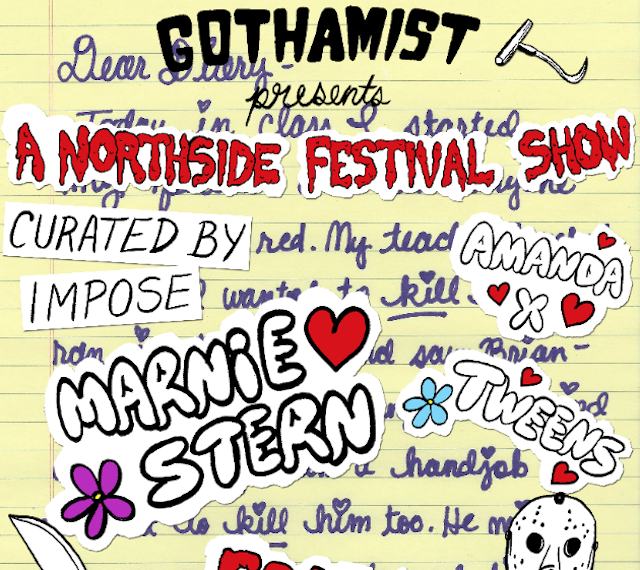 (Flyer by Will Gaynor / Payton McGowen)

ELECTRIC ZOO
Despite two MDMA-related deaths at last year's Electric Zoo, the electronic music festival will return to Randall's Island Park over Labor Day weekend this year. Unless you care about EDM, all of the following will sound like apps or characters from Star Trek: The Next Generation: Zedd, Dada Life, Zeds Dead, Tritonal, Alesso, David Guetta, Kaskade, Chase & Status, Mat Zo, Fedde Le Grand, Sub Focus, and lots more. Did I make some of those names up? Find out today! Three-day passes at $369 a pop as well as single-day tickets ($79-$139) are available.

NY PHILHARMONIC CONCERTS IN THE PARK
Since 1965, the legendary New York Philharmonic has been performing outdoors during the summer months. This year's free series takes place from July 9-15th, hitting Prospect Park, Central Park, the Bronx's Van Cortlandt Park, and Cunningham Park in Queens. Times and information are here.

LINCOLN CENTER OUT OF DOORS
From July 20th to August 10th, the Out of Doors concert series will take place in and around various Lincoln Center spots. The free shows this year include a Pete and Toshi Seeger memorial concert, a performance of Larry Harlow's Hommy: A Latin Opera, Roberta Flack, and a whole lot more. The full lineup and schedule is here.

#guide
#Music
#outdoor concerts
#summer
#original
Do you know the scoop? Comment below or Send us a Tip