Time was when James Franco wanted a little attention, he'd just have an art show in Chinatown, or masturbate a bunch, or write a book, or mold young minds, or sign up for a role on a soap opera, or get in to dance theater, or graduate, or just good ol' fashioned cut himself. But has the creative well run dry for Franco? Has he done it all, and all too fast? Lately he's been showing us his inner-creep, his raw bro-ness... and this transparency doesn't seem to have anything to do with Art. Last month he not-so-secretly tried to sleep with a 17-year-old fan, and lately he's been posting more and more bed selfies. Get out of bed, James! There's a whole world out there! You haven't done it all yet.

While the bed selfie seems to be a long favored sub-genre of his favorite medium, early this morning he tried something new. Franco went fully erect... meaning he stood up. After that he pulled his boxers down, and placed his hand over his dick. (This is just a lexical reenactment, mind you—it's certainly possible Franco was already standing.) He captured the moment and posted it on his Instagram around 1 a.m. today, but deleted it after an hour, according to Jezebel. Luckily, around 1.5M of his followers screengrabbed it... or at least one did, because: 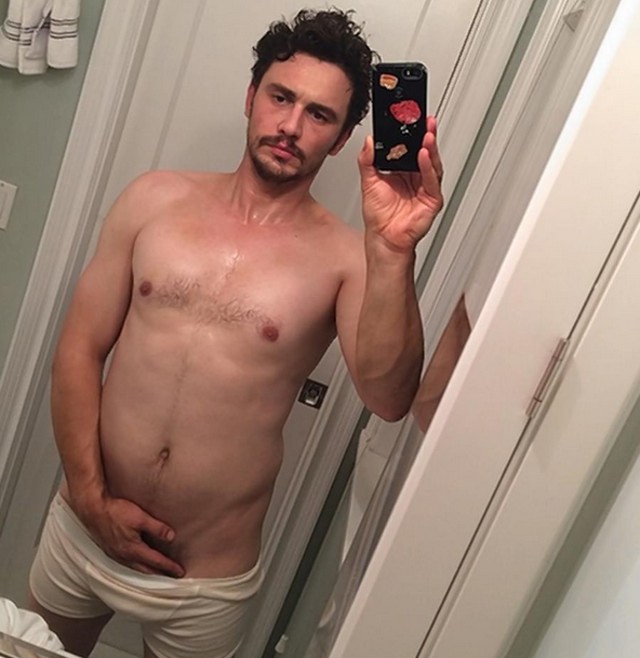 James we never thought we'd say this but please have an art show or something.

#instagram
#james franco
#selfie
#selfies
#u ok bro?
#original
Do you know the scoop? Comment below or Send us a Tip