The Museum of Moving Image has decided to extend its amazing Jim Henson's Fantastic World exhibit (as Kermit would say, "Yaaaaaay!"). We checked it out earlier this year and highly recommend visiting before it closes on March 4th (originally it was meant to shut down on January 16th). According to Arts Beat it "has drawn nearly 90,000 visitors since its opening on July 16th... and is expected to have more than 100,000 visitors by the time it closes."

And did you know that along with your favorite Muppets and characters from The Dark Crystal you'll also find Mayor Bloomberg's Muppet doppelganger? His Muppet, sometimes referred to as Bluppet, was created in 2009, and is eerily accurate, down to the bags under his eyes... though his profile could use some work: 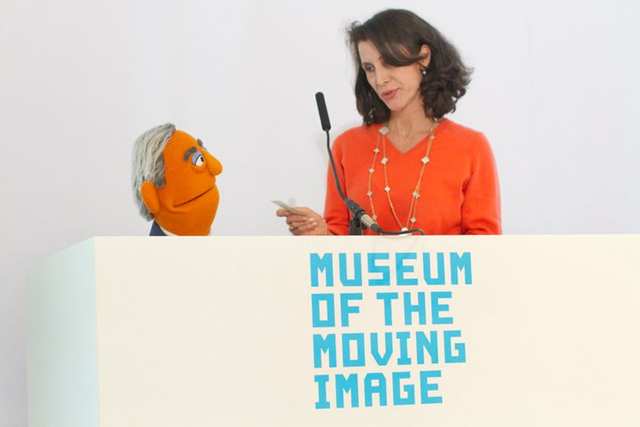 Try your hand at creating your own Bloomberg Muppet at the Muppet Whatnot Workshop.