Yoko Ono Revisits Some Of Her Old Manhattan Haunts

Yoko Ono has been venturing away from the Dakota and journeying back to the places in Manhattan she once knew. It's all very reminiscent of what her late husband, John Lennon, once sang in "In My Life"—"There are places I'll remember / All my life, though some have changed / Some forever, not for better / Some have gone and some remain / All these places had their moments / With lovers and friends, I still can recall / Some are dead and some are living / In my life, I've loved them all."

This morning Ono posted a photo of herself standing outside of 87 Christopher Street, saying it is "where I used to live briefly. I did the Morning Event on its roof. I had long hair, then. I now have short hair. Is that the difference?" Ono lived here in 1965, about a year before she would even meet Lennon. She was selling her art from the apartment, as one site notes: "A flyer from 1965 offers a 'beautifully framed portrait of Mona Lisa by Yoko Ono' for five dollars. Interested parties are advised to make out and mail checks for that amount to IsReal Gallery at 87 Christopher Street. 87 Christopher Street was the location of Yoko's apartment." During this time Ono was on her second marriage, to Anthony Cox. 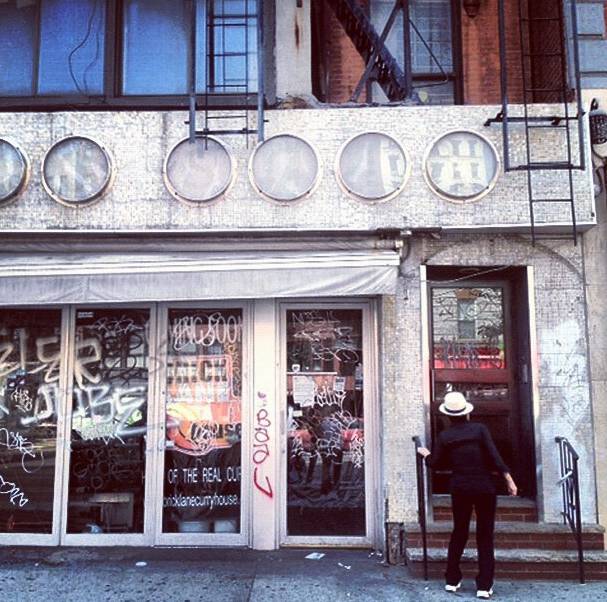 Ono lived in one more apartment before moving to London (and meeting Lennon—who was married to Cynthia at the time—at one of her art shows there)—that one was located at 99 2nd Avenue. She also revisited that spot recently, saying it "was one of the last buildings I lived in before I left for London. It was a residence on top of a restaurant, now a canvas for graffiti." She added on Twitter, "It was a good larger space for my mind."

So far it doesn't seem as though Ono has revisited her first loft in the city, at 112 Chambers Street, which also served as her art studio.