Yayoi Kusama Will Bring 1,500 Mirrored Spheres To Rockaway This Summer

Yayoi Kusama, the Japanese artist who has become influential around the world (and whose work has become a selfie-magnet), will present her 1966 work, Narcissus Garden, at Fort Tilden as part of MoMA PS1's Rockaway! art festival, starting July 2nd.

The piece involves 1,500 mirrored, stainless-steel spheres which will be placed in a former train garage. From the MoMA PS1 press release, which also details the work's history:

The mirrored metal surfaces reflect the industrial surroundings of the now-abandoned building, drawing attention to Fort Tilden’s history as well as the devastating damage inflicted on many buildings in the area by Hurricane Sandy in 2012.
Narcissus Garden was first presented in 1966 when Kusama staged an unofficial installation and performance at the 33rd Venice Biennale. The silver spheres, originally made from plastic, were installed on the lawn in front of the Italian Pavilion, reflecting the landscape of the exhibition grounds. Kusama herself stood among them, barefoot and dressed in a gold kimono, alongside yard signs inscribed with the words “Narcissus Garden, Kusama” and “Your Narcissism for Sale.” Throughout the opening day of the exhibition, Kusama remained in the installation, tossing the spheres in the air and offering to sell them to visitors for 1200 lire (approximately $2) each. The action, which was viewed both as self-promotion and a critique on the commercialization of contemporary art, would later be seen as a pivotal moment in Kusama’s career as she transitioned from installation towards the radical and politically charged public performances that would be the focus of her work in the late 1960s in New York City.

According to this article from Fordham, "Yamamura once explained, pieces like [this] were really about social change through hallucinogenic and synaesthesia-inducing effects." 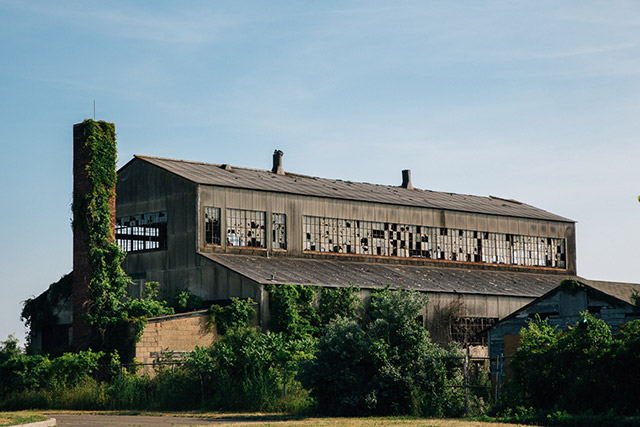 The festival, which presented with Rockaway Artists Alliance, Jamaica Bay-Rockaway Parks Conservancy, National Park Service, and Bloomberg Philanthropies, takes place at the Gateway National Recreation Area and has been the setting for other dramatic works like Katharina Grosse's abandoned building. Narcissus Garden will be on view from July 1 through September 3, 2018.

#fort tilden
#moma ps1
#Narcissus Garden
#rockaways
#yayoi kusama
Do you know the scoop? Comment below or Send us a Tip