To celebrate the release of the new Guinness World Records 2013 book (coming out tomorrow!), the man with THE Tallest Mohawk was brought to Washington Square Park this morning to show off his long spiky locks. Far be it from us to question the infallible authority of the Guinness people, but does this really seem like the world's largest mohawk? 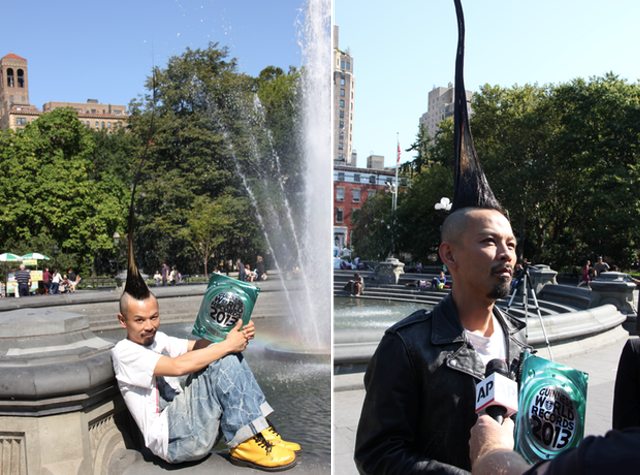 It stands 3 feet and 8.6 inches high, and takes Kazuhiro Watanabe more than 2 hours to sculpt into its final shape. That means that if he were to do this every day (which presumably he does not) then he is wasting an entire month per year doing his hair.

#guiness book of worlds records
#mohawk
#world record
Do you know the scoop? Comment below or Send us a Tip